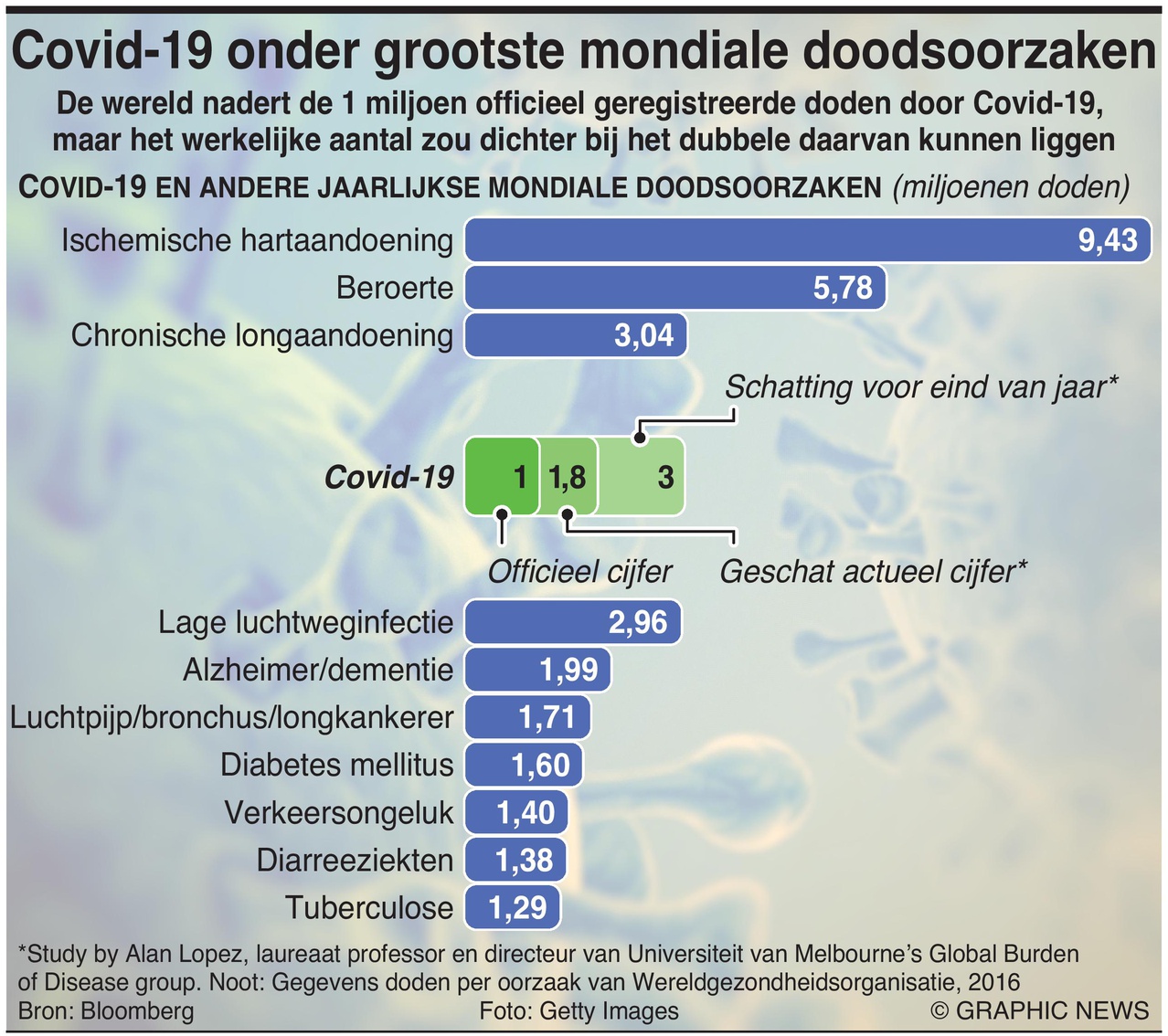 The world is on the cusp of officially recording 1 million deaths from Covid-19, but the real tally might be closer to double that figure.

As the world teeters on the brink of recognising a million coronavirus deaths, the actual figure could be closer to 1.8 million, rising to 3 million by the end of the year, according to Melbourne University.

Mortality is difficult to accurately gauge, however, even in countries with sophisticated health systems. For example, tens of thousands of probable Covid-19 deaths in the U.S. weren’t accounted for between March and May, hampering efforts to track the pandemic’s progression.

A lack of accurate data interferes with a government’s ability to create strategies and policies to protect public health and mitigate economic hardship.

If the mortality rate from Covid-19 does indeed reach 3 million as predicted, it would rank the disease among the world’s worst killers – placing it above dementia, lung cancer, diabetes and road deaths.