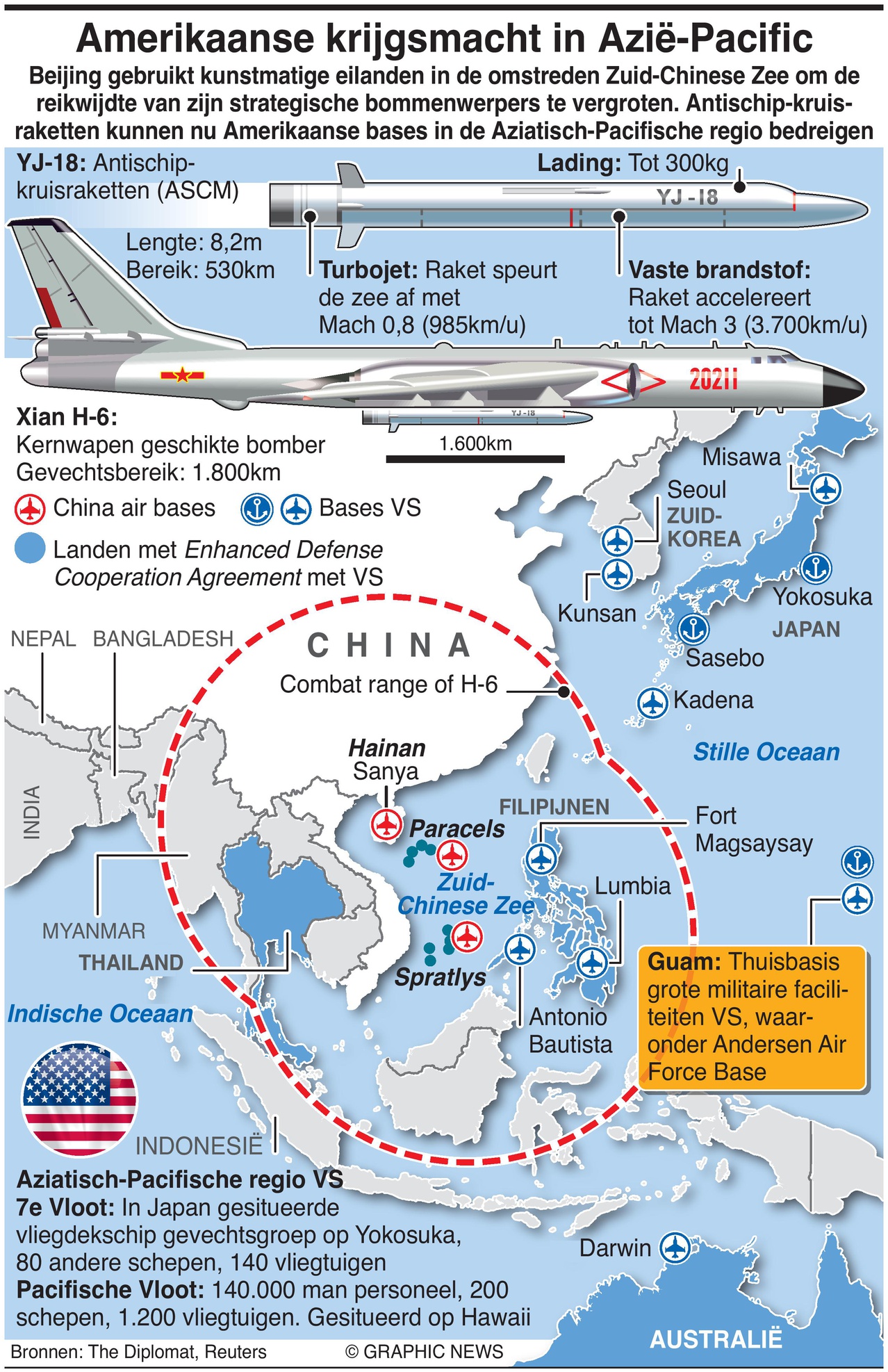 Beijing claims a vast area of the South China Sea, through which $5 trillion in ship-borne trade passes every year. Beijing has backed its claims with island-building and patrols.

It has built significant military infrastructure on two island chains in the area — the Paracels and the Spratlys — and has deployed H-6 long-range strategic bombers to the atolls.

Washington has responded to heightened tensions with Beijing by sending ships from the U.S. Navy’s Third Fleet to beef up the Japan-based Seventh Fleet.

The Third Fleet, based in San Diego, California, traditionally has confined its operations to the eastern side of the Pacific.