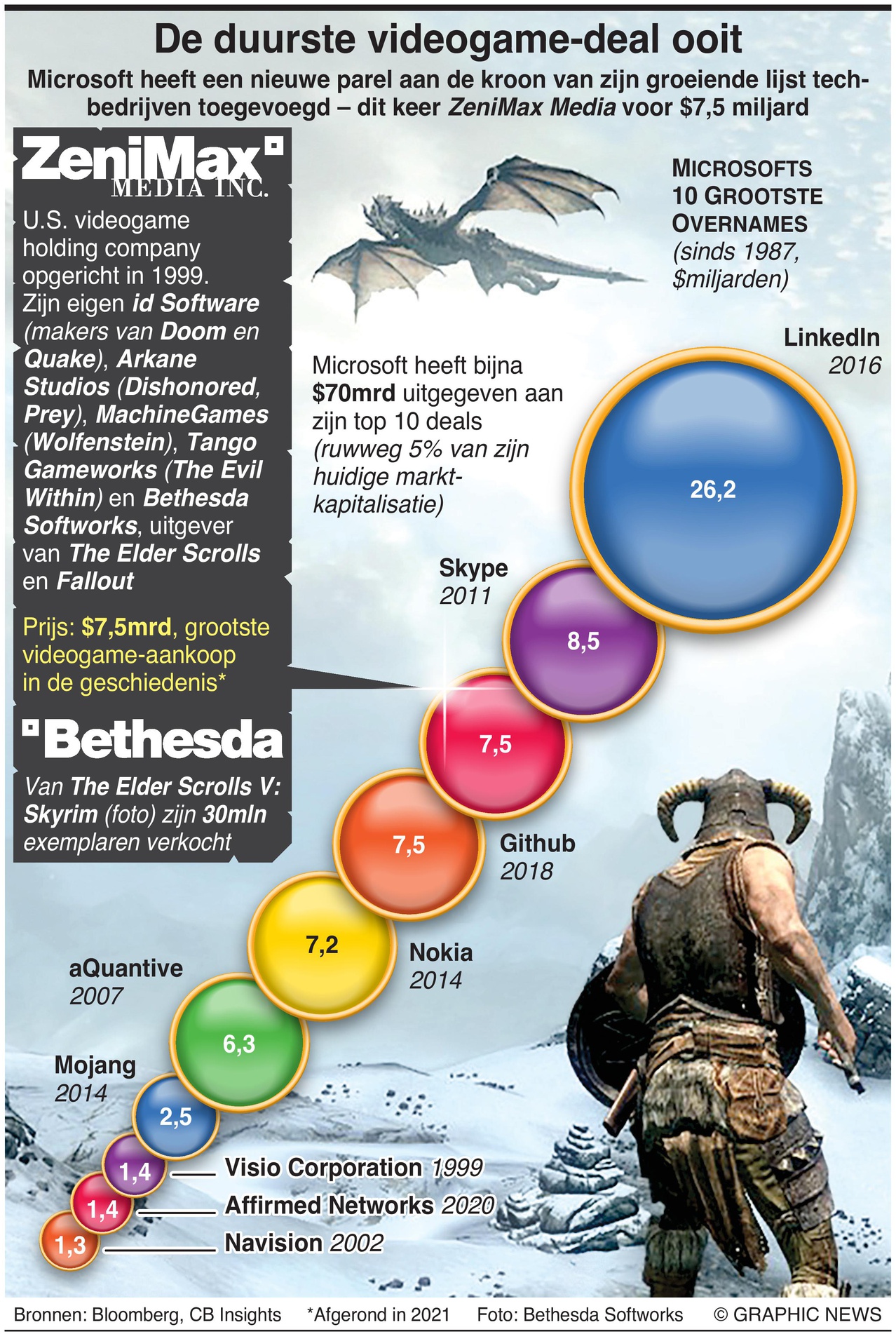 Microsoft has added another jewel in the crown to its growing roster of tech companies – this time ZeniMax Media for $7.5 billion.

Bethesda is famous for games such as The Elder Scrolls and Fallout and has at least two new titles set to debut next year. Other games in the ZeniMax stable include Doom, Quake and Dishonoured.

U.S.-based ZeniMax is one of the biggest privately held video game companies with 2,300 employees worldwide. Its game The Elder Scrolls V: Skyrim sold more than 30 million copies, making it among the top-selling games of all time.

By acquiring ZeniMax Media, Microsoft is doubling its gaming content capacity – no bad thing when it’s currently in the process of launching a brand new game console, the XBox Series X.

With new and unique gaming content the driving force behind console sales, Microsoft is investing heavily in game studios – buying seven in the last two years.

A crucial selling point of XBox consoles is the Game Pass Ultimate subscription plan. For $15 a month, players receive access to the XBox Live Gold online multiplayer service, plus over 100 high quality games such as Gears of War and Forza.

Additionally, in a bid to outsell Sony’s new PlayStation 5, Microsoft has launched the XBox All Access plan. For $35 a month gamers will receive a new XBox Series X console plus the Game Pass Ultimate subscription. After two years, the console is theirs to keep.

Game Pass subscriptions now amount to 15 million, up from 10 million in April.

Lately, Bethesda has been working closely with Sony, signing a deal that will see two of its upcoming games released exclusively for the new PlayStation 5 first, before moving to XBox some months later. Microsoft will have to honour this commitment, but moving forwards it’s likely that more and more of Bethesda’s output (and those of other ZeniMax studios like id Software and Arkane Studios) will be kept as XBox exclusives, sidelining the PS5.

Microsoft expects the deal to be finalised by around June 2021.