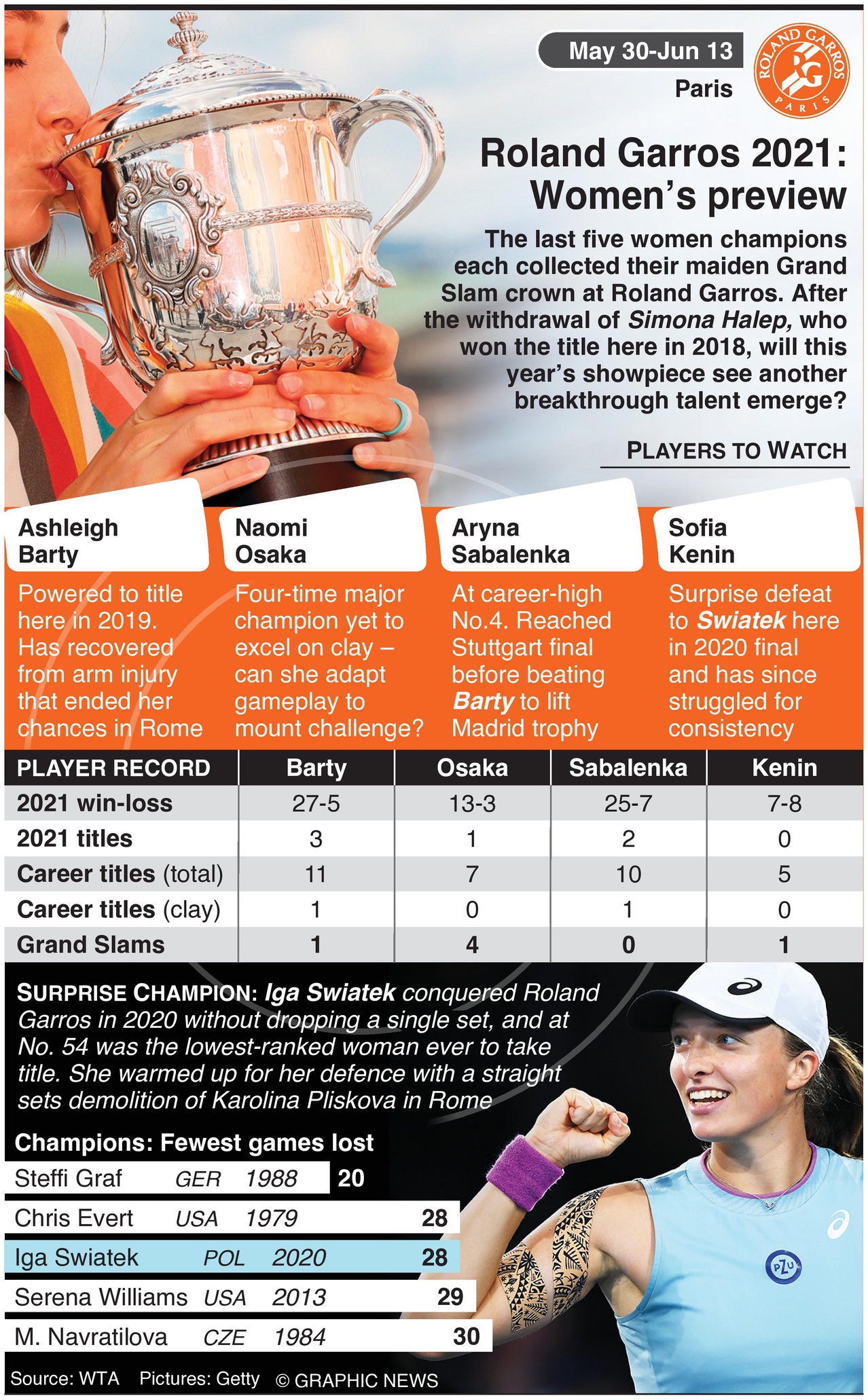 May 30, 2021 – June 13, 2021 – Roland Garros, the second Grand Slam tournament of the season, takes place in Paris, France. The last five women champions each collected their maiden Grand Slam crown at Roland Garros. After the withdrawal of clay court specialist Simona Halep, who won the title here in 2018, will this year’s showpiece see another breakthrough talent emerge?

Iga Swiatek conquered Roland Garros in 2020 without dropping a single set — defeating Kenin — and at No. 54 was the lowest-ranked woman ever to take title. She warmed up for her defence with a straight sets demolition of Karolina Pliskova in Rome.