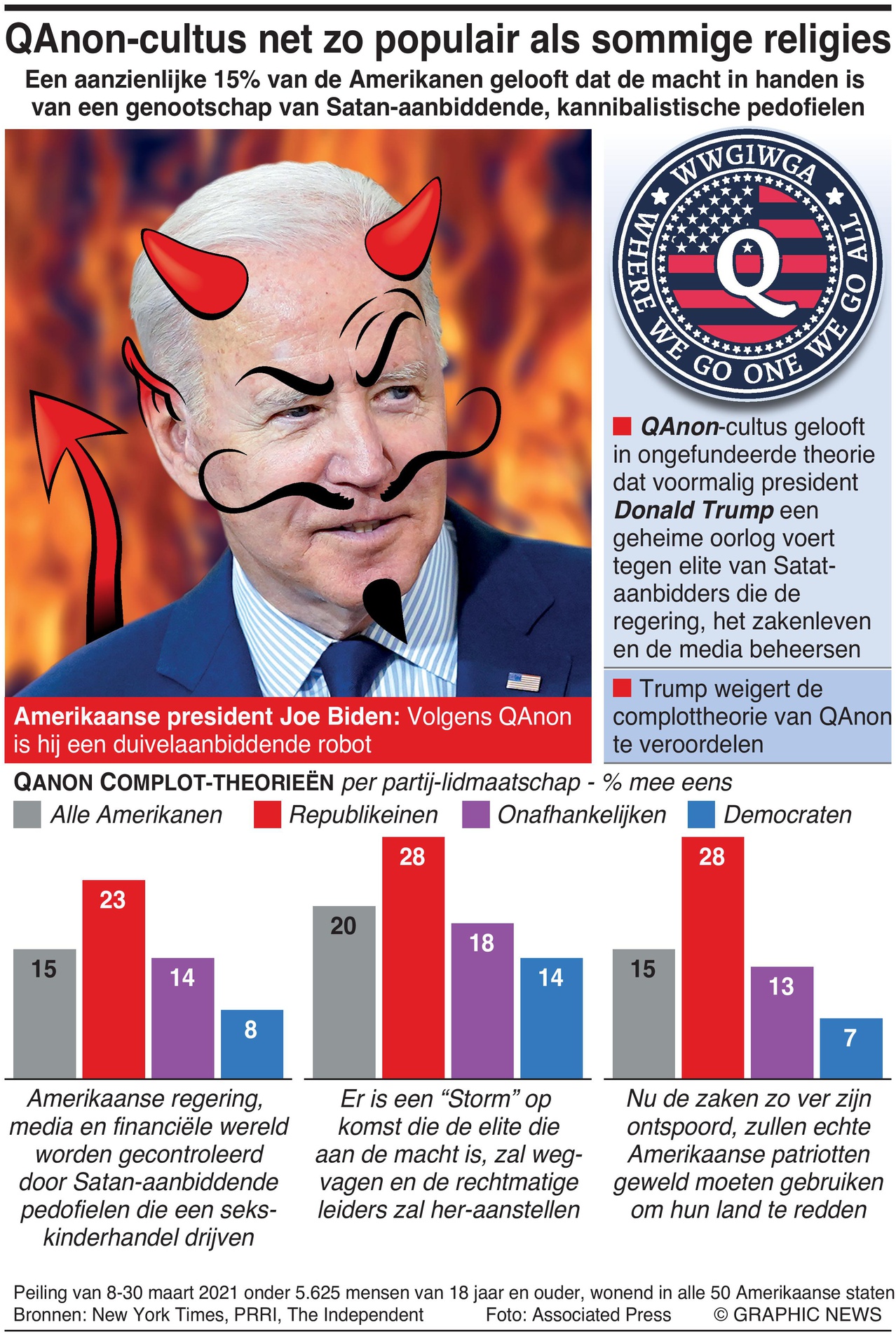 May 28, 2021 – A significant 15% of Americans believe that the reins of power are controlled by a cabal of Satan-worshipping, cannibalistic paedophiles.

A new poll, carried out on behalf of the Public Religion Research Institute and the Interfaith Youth Core, finds that 15% of those surveyed in the United States believe far-right QAnon allegations that the government, media and financial worlds are controlled by a group of Satan-worshipping paedophiles who run a global, cannibalistic child sex trafficking operation.

Similarly, 20% think there is a biblically proportioned “Storm” coming soon that will sweep away the elites in power and restore the rightful leaders – i.e. Donald Trump.

Note: The “Storm” has been repeatedly predicted to occur since 2017, such as on the day of Joe Biden’s inauguration on January 20, 2021. Not surprisingly, it didn’t happen.

At its heart, QAnon holds a completely unfounded theory that asserts Donald Trump is waging a secret war against elite Satan-worshipers in government, business and the media.

The conspiracy theory emerged in October 2017 with a post on the website 4chan, by “Q”, claiming to be a high-level government official with Q clearance, who has access to classified information involving the Trump administration. It is, however, more likely that Q is a group of people acting under one pseudonym.