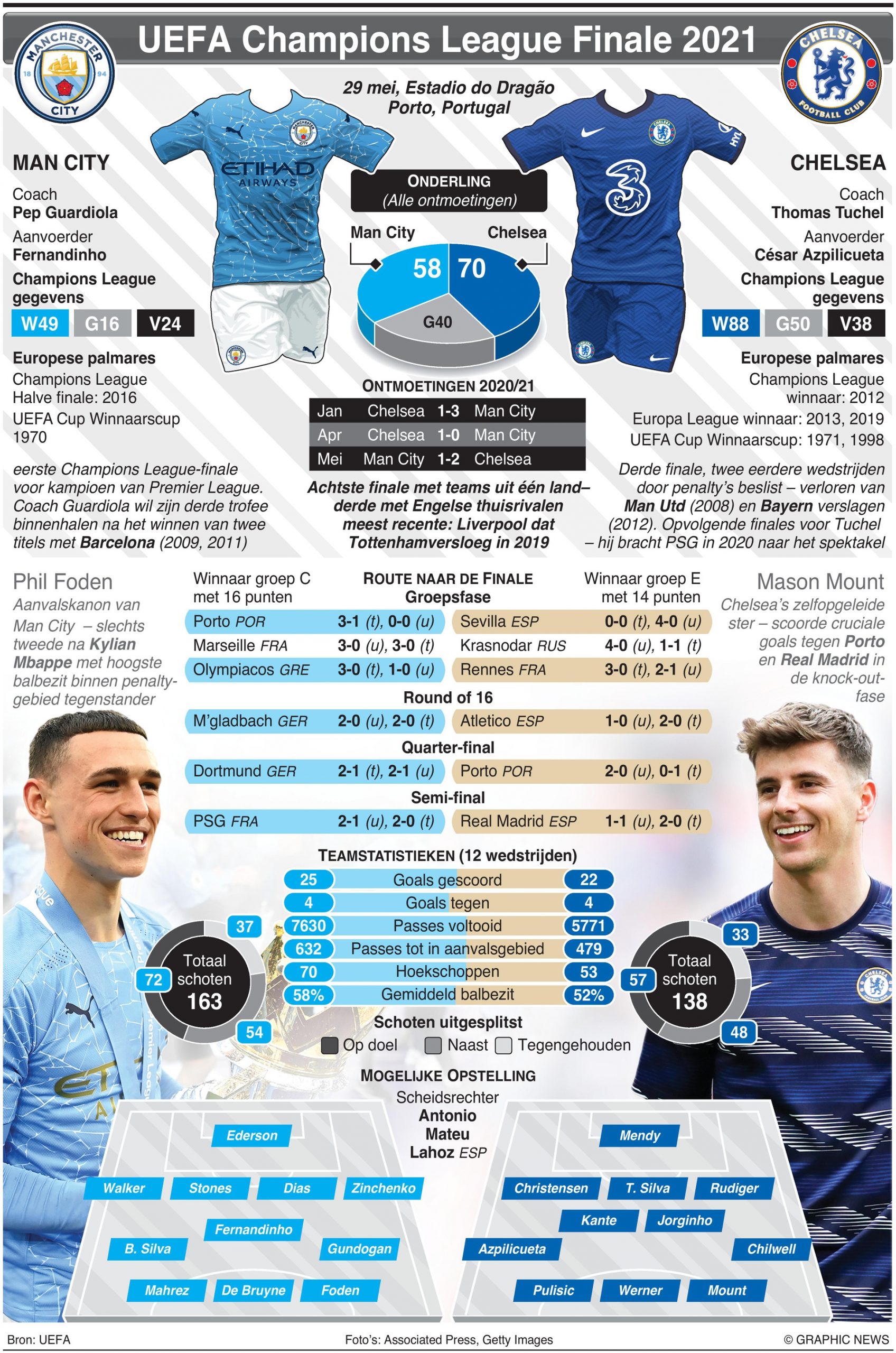 Manchester City, recently crowned English Premier League champions, are in their very first Champions League final, having previously made the semi-finals in 2016. Coached by two-time champion Pep Guardiola, City beat Monchengladbach, Dortmund and Paris Saint-Germain in the knock-out stages to reach the final in Porto.

Chelsea are playing in their third final, aiming to hoist their second European Cup after beating Bayern Munich in 2012. Thomas Tuchel, who took over as coach in January only months after guiding PSG to the 2020 final, guided the Blues to wins over heavyweights Atletico Madrid, Porto and Real Madrid in the knock-out stages to reach the showpiece final.