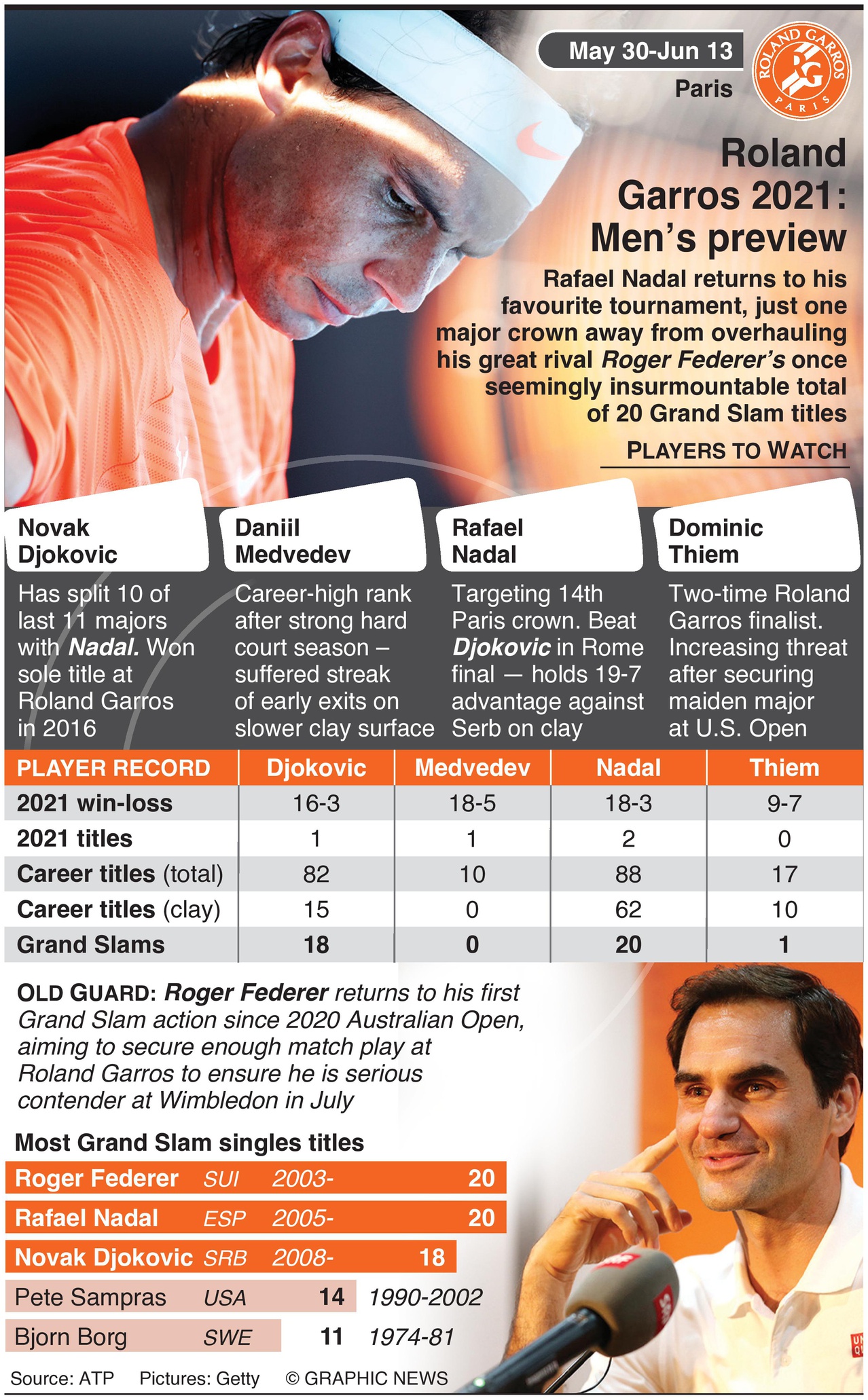 While Novak Djokovic heads to Paris having shared the last 11 major titles with the Spaniard. Both will face competition for the title from Daniil Medvedev, and two-time finalist in Paris, Dominic Theim.

Roger Federer will be back to Grand Slam action since 2020 Australian Open, aiming to secure enough match play at Roland Garros to ensure he is serious contender at Wimbledon in July.