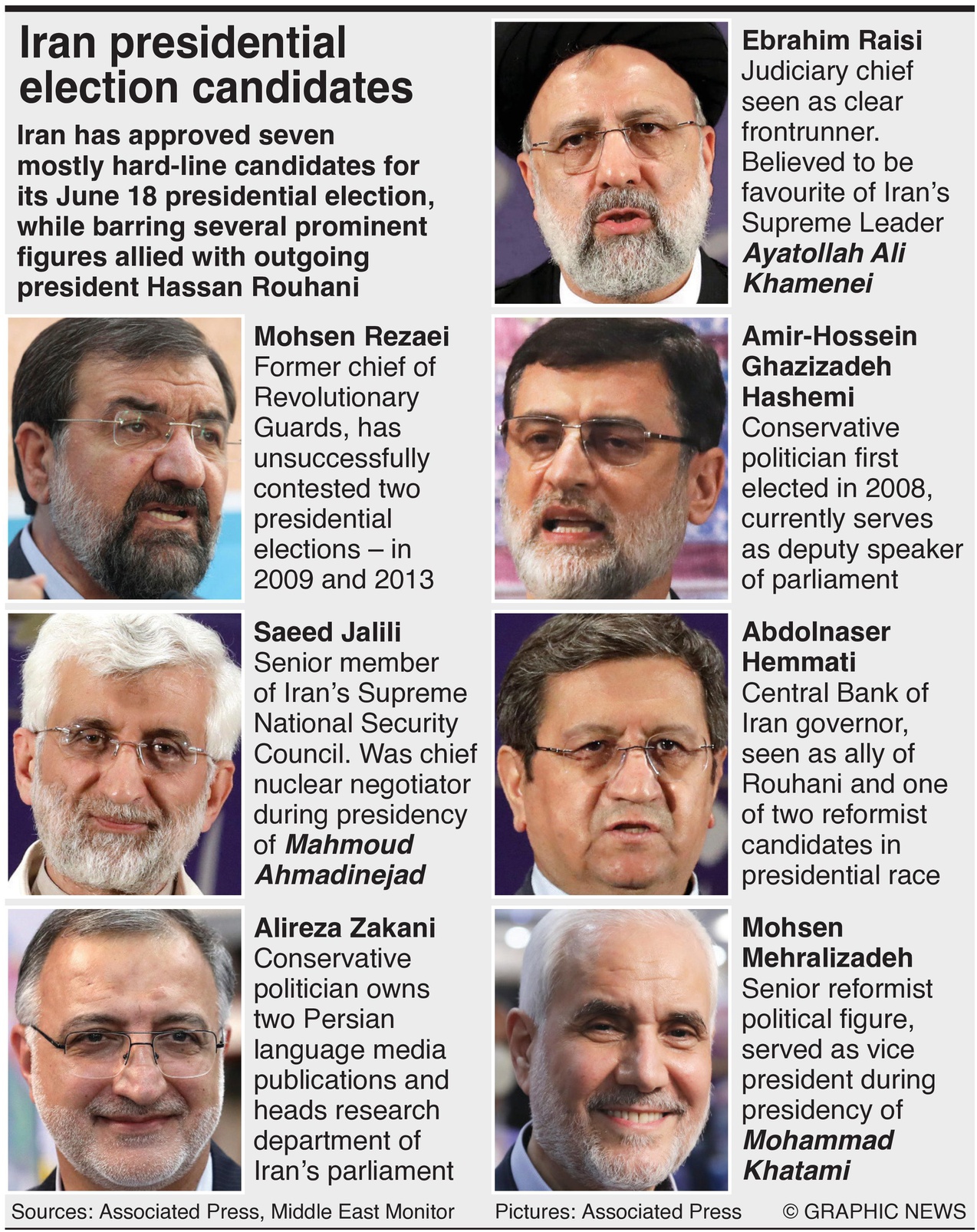 Judiciary chief Ebrahim Raisi, who is linked to mass executions in 1988, is seen as the clear frontrunner. He’s the most-known candidate of the seven hopefuls, with opinion polling previously showing his anti-corruption campaign drew Iranian support. He’s also believed to be a favourite of Iran’s 82-year-old Supreme Leader Ayatollah Ali Khamenei.

But perhaps most notable was who Iran’s Guardian Council barred from running. Chief among them was former parliament speaker Ali Larijani, a conservative who allied with Rouhani in recent years. Larijani had been positioning himself as a pragmatic candidate who would back Rouhani’s signature 2015 nuclear deal with world powers. Diplomats in Vienna are now trying to negotiate a return of both Iran and the U.S. to the agreement.