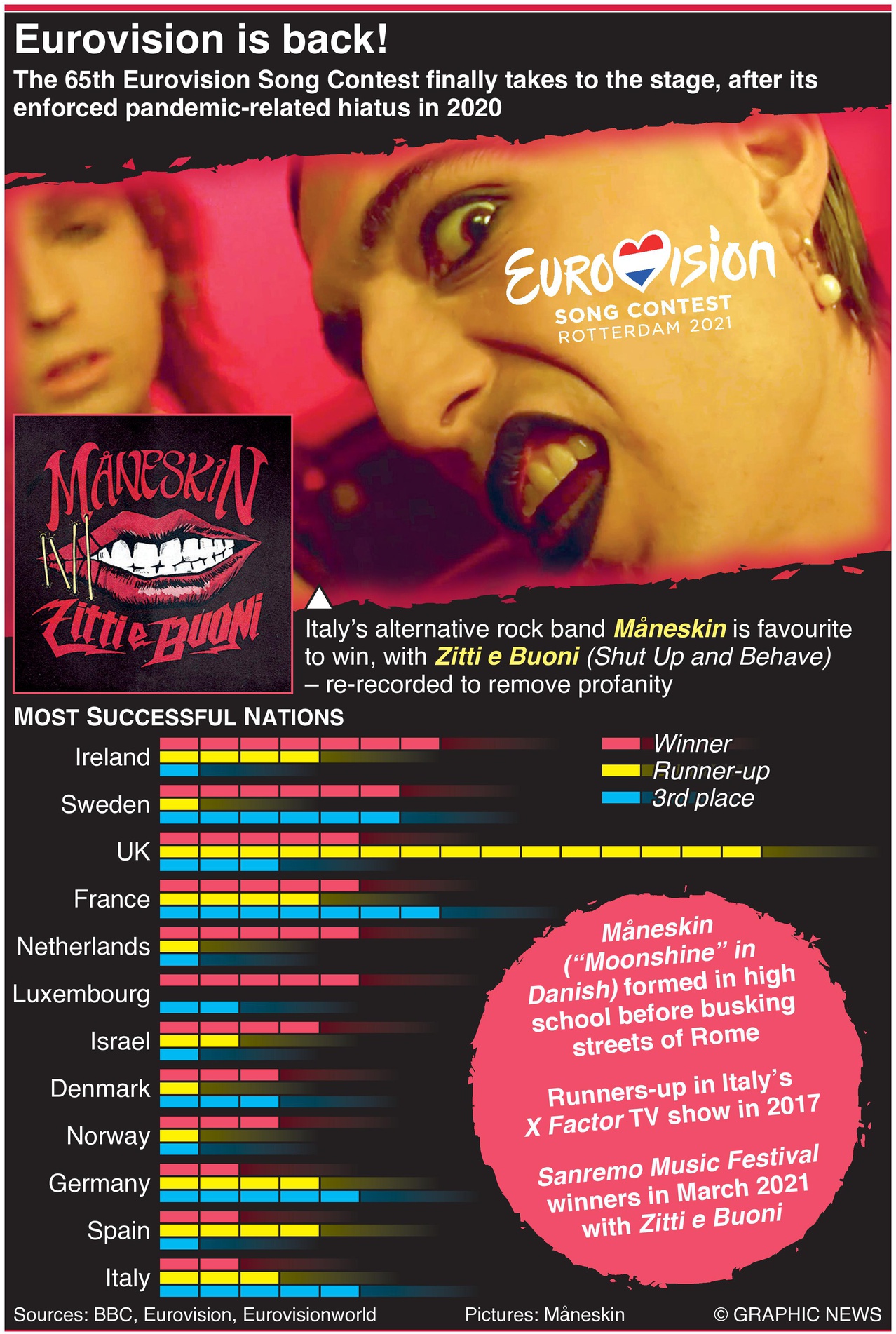 May 22, 2021 – Eurovision is back! The 65th Eurovision Song Contest finally takes to the stage, after its enforced pandemic-related hiatus in 2020.

Host city Rotterdam (traditionally, the last winning nation holds the following year’s contest) broadcasts two semi-finals ahead of the main event, with 33 acts competing for 20 places in the Grand Final.

The “Big Five” nations (countries who make the biggest financial contributions to the European Broadcasting Union), France, Germany, Italy, Spain and the United Kingdom, gain automatic entry into the final, as does the host nation – in this case, the Netherlands.

These six, plus 10 acts from each semi-final, will take part in the world’s biggest music competition. Following the live performances, the equally mammoth voting rigmarole takes place where millions of television viewers can vote online (or by SMS) for their favourite acts (excluding their own nation).

The bookies’ favourite this year is Italian alternative rock band, Måneskin, with their song Zitti e Buoni (Shut Up and Behave). They won the 71st Sanremo Music Festival with the same song in March.

As usual, you can expect some nationally idiosyncratic performances to translate poorly in other countries, leading to much hilarity. Also providing amusement are the many peculiar voting patterns where European counties often vote for their friendly neighbours even if their song is woefully bad.

The contest begins at 19:00GMT, on Saturday, May 22. Put the TV on, pull up a chair, have refreshments to hand with pen and score card at the ready, and enjoy (ear plugs optional).