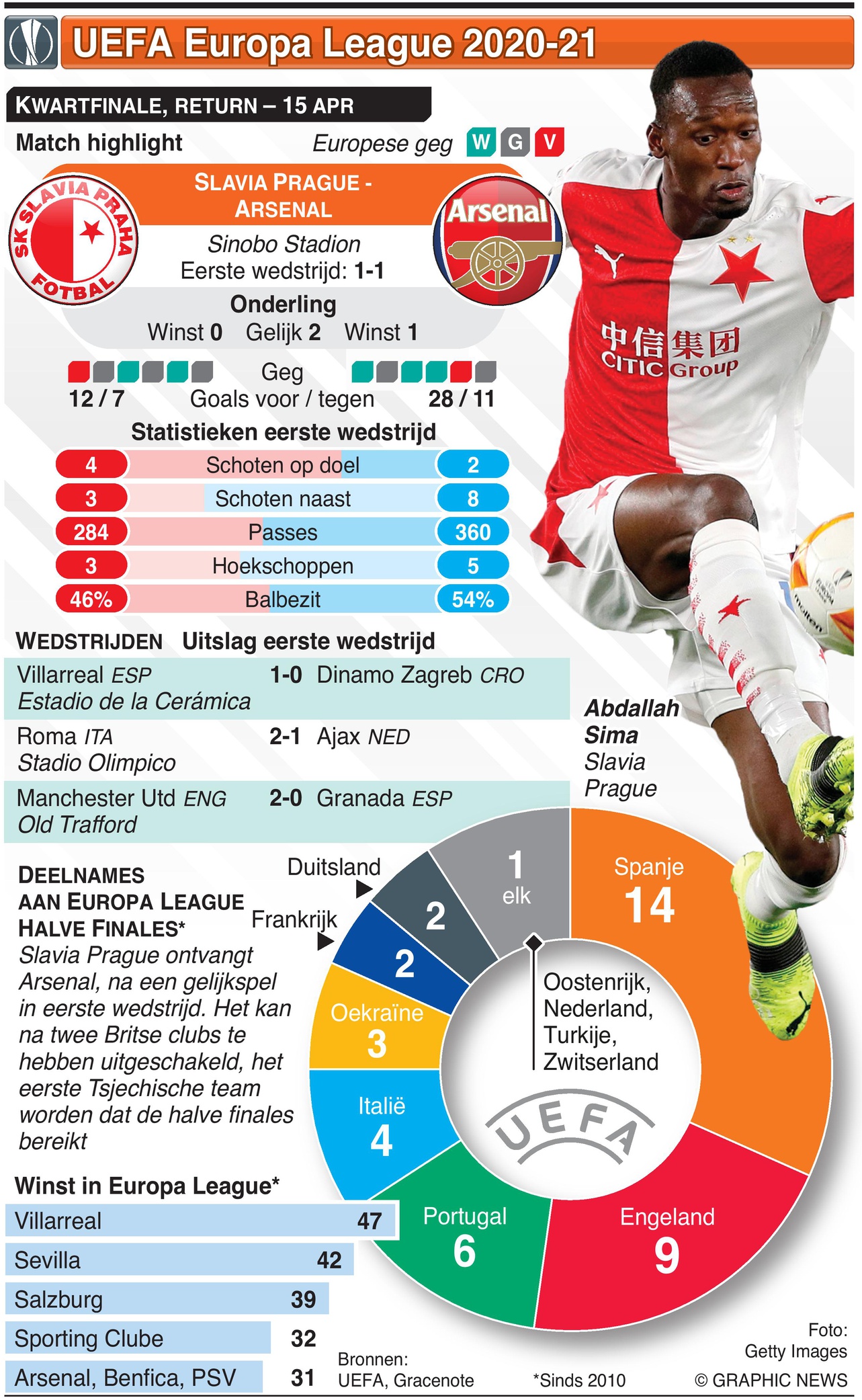 April 15, 2021 – UEFA Europa League Quarter-final second leg matches include a contest between Slavia Prague, who could become the first Czech team to reach the Europa League semi-finals, against 2019 finalists Arsenal. The first leg, at the Emirates, ended in a 1-1 draw.