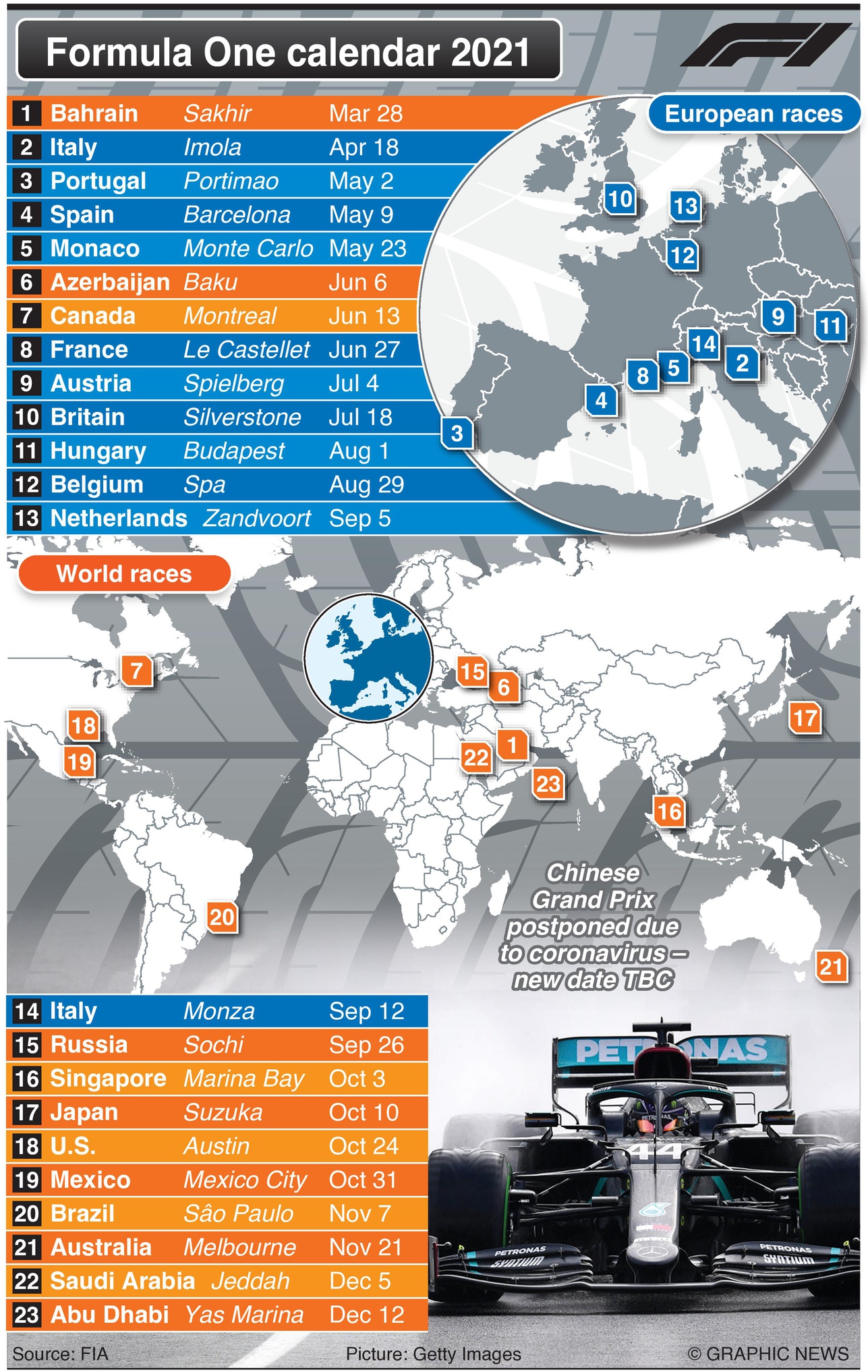 March 28, 2021 – December 12, 2021 – The 72nd Formula One World Championship now commences with the Bahrain Grand Prix and concludes in Abu Dhabi in December. The Australian and Chinese Grand Prix have been postponed due to Covid restrictions.

The schedule comprises 23 Grands Prix around the world with Portugal hosting the third race of the season, after the Vietnamese GP was omitted from the calendar following the arrest of a key race official on corruption charges. The case is not related to his involvement in the Grand Prix.