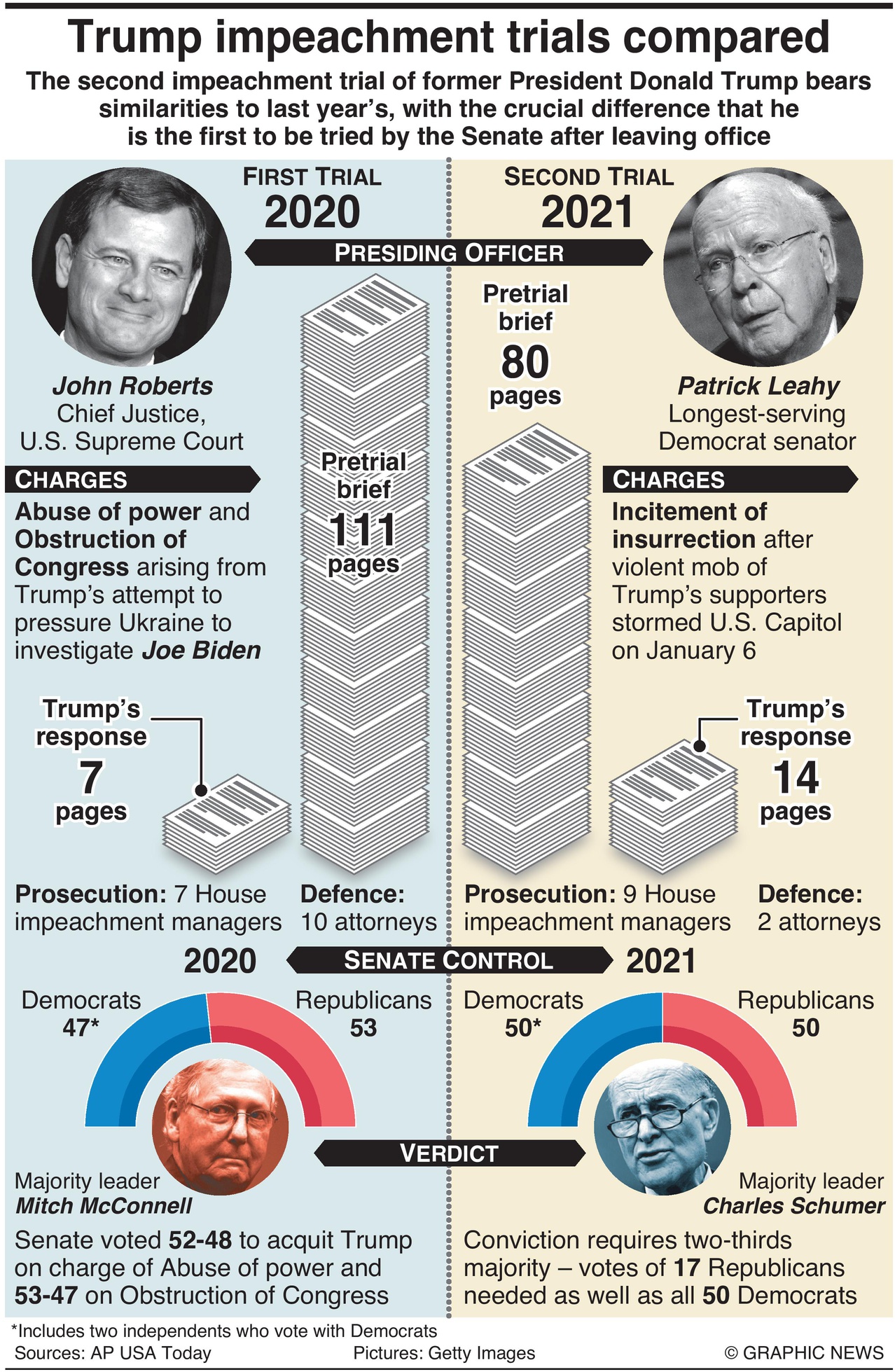 February 9, 2021 – The second impeachment trial of former President Donald Trump bears similarities to last year’s, with the crucial difference that he is the first to be tried by the Senate after leaving office.

Trump’s second impeachment trial will force the Senate to decide whether to convict him of incitement of insurrection after a violent mob of his supporters laid siege to the U.S. Capitol on Jan 6.

While Trump’s acquittal is expected, Democrats hope to gain at least some Senate Republican votes by linking Trump’s actions to a vivid description of the violence, which resulted in five deaths and sent lawmakers fleeing for safety.

A second impeachment acquittal by the Senate would be a victory for Trump — and would prove he retains considerable sway over his party, despite his efforts to subvert democracy and widespread condemnation from his GOP colleagues after Jan 6.