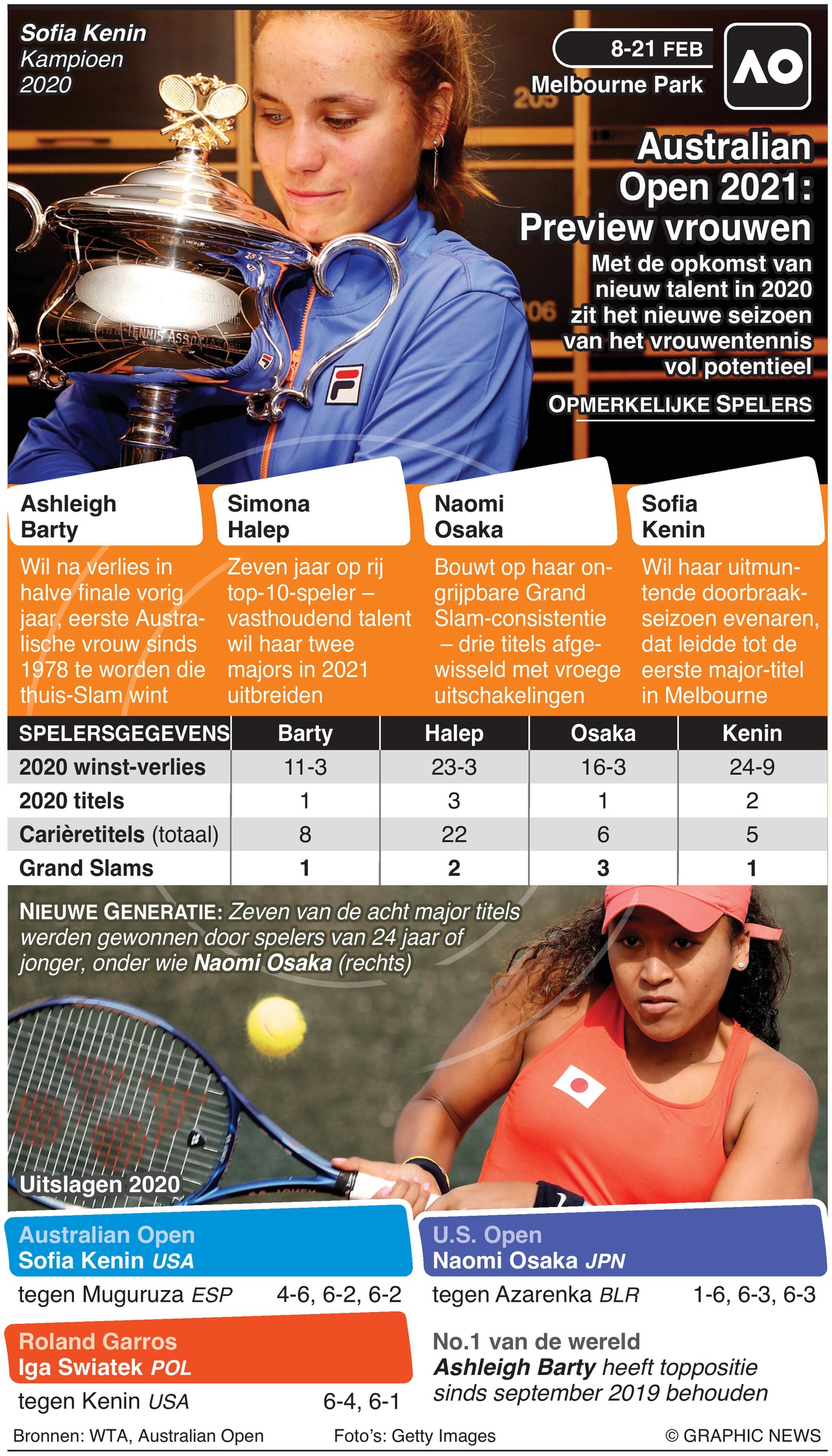 With the emergence of fresh talent in 2020 — and two maiden Grand Slam champions — the new women’s tennis season is full of potential. Seven of the last eight major titles have been won by players aged 24 or younger.

Simona Halep celebrates seven successive years as a Top 10 player, as the tenacious talent looks to add more silverware to titles at Roland Garros (2018) and Wimbledon (2019) in 2021. While three-time Grand Slam champion Naomi Osaka aims to add consistency to her game with a string of early exits interspersed between notable triumphs.