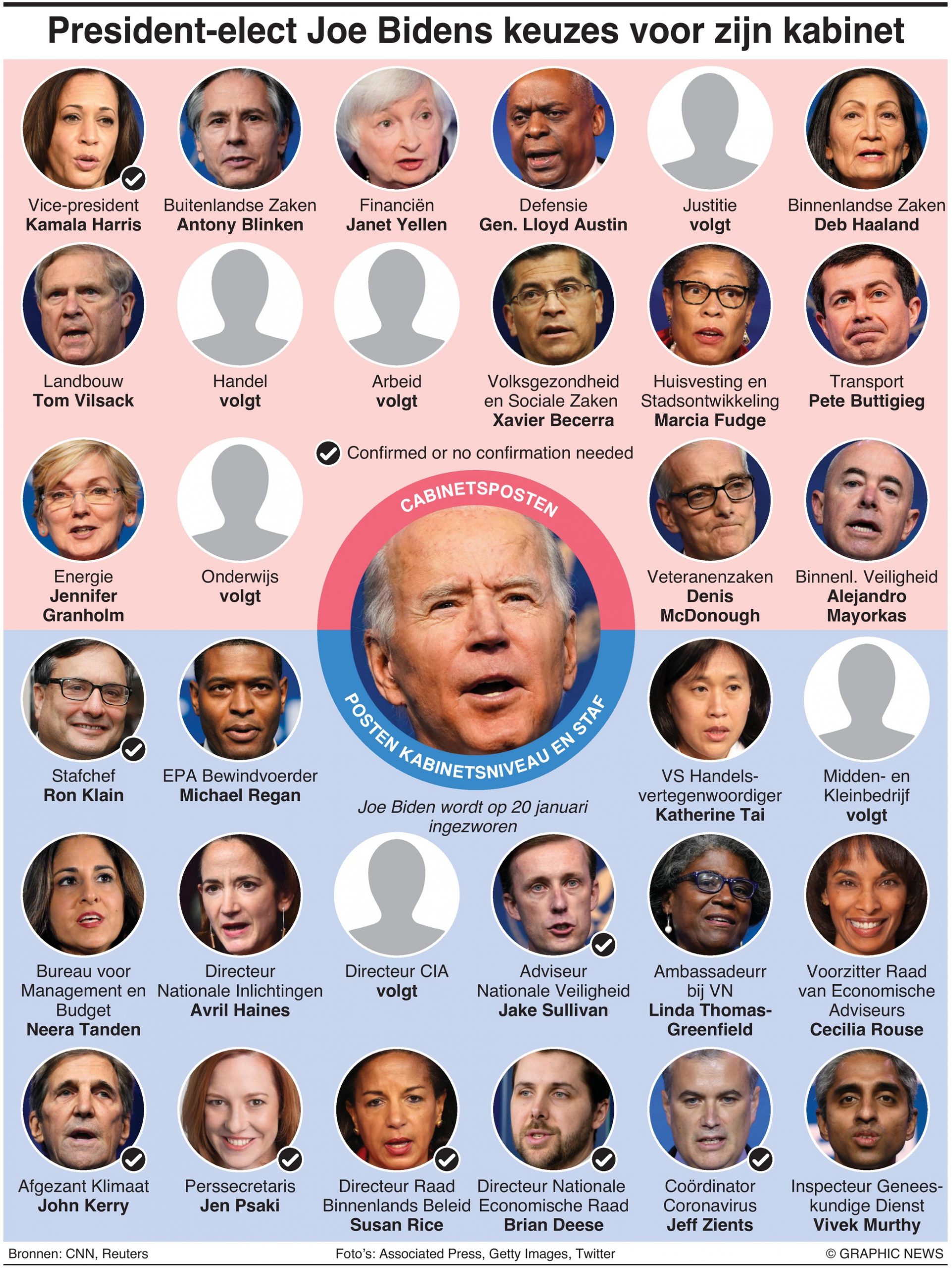 Which party will control the Senate will be decided by two runoff elections in Georgia scheduled for January 5, according to U.S. news website The Hill.

Democrats are calling on Republicans to start holding confirmation hearings for Biden’s picks early next year before the inauguration so that the Senate could be ready to confirm some of the picks on Biden’s first day in office.

Two picks in particular have drawn Republican backlash so far: Neera Tanden to be Office of Management and Budget director and California Attorney General Xavier Becerra, who was nominated for Secretary of Health and Human Services. Others such as Lloyd Austin for Defence Secretary, Tony Blinken for Secretary of State and Janet Yellen for Treasury Secretary have received early signs of Republican support, The Hill said.