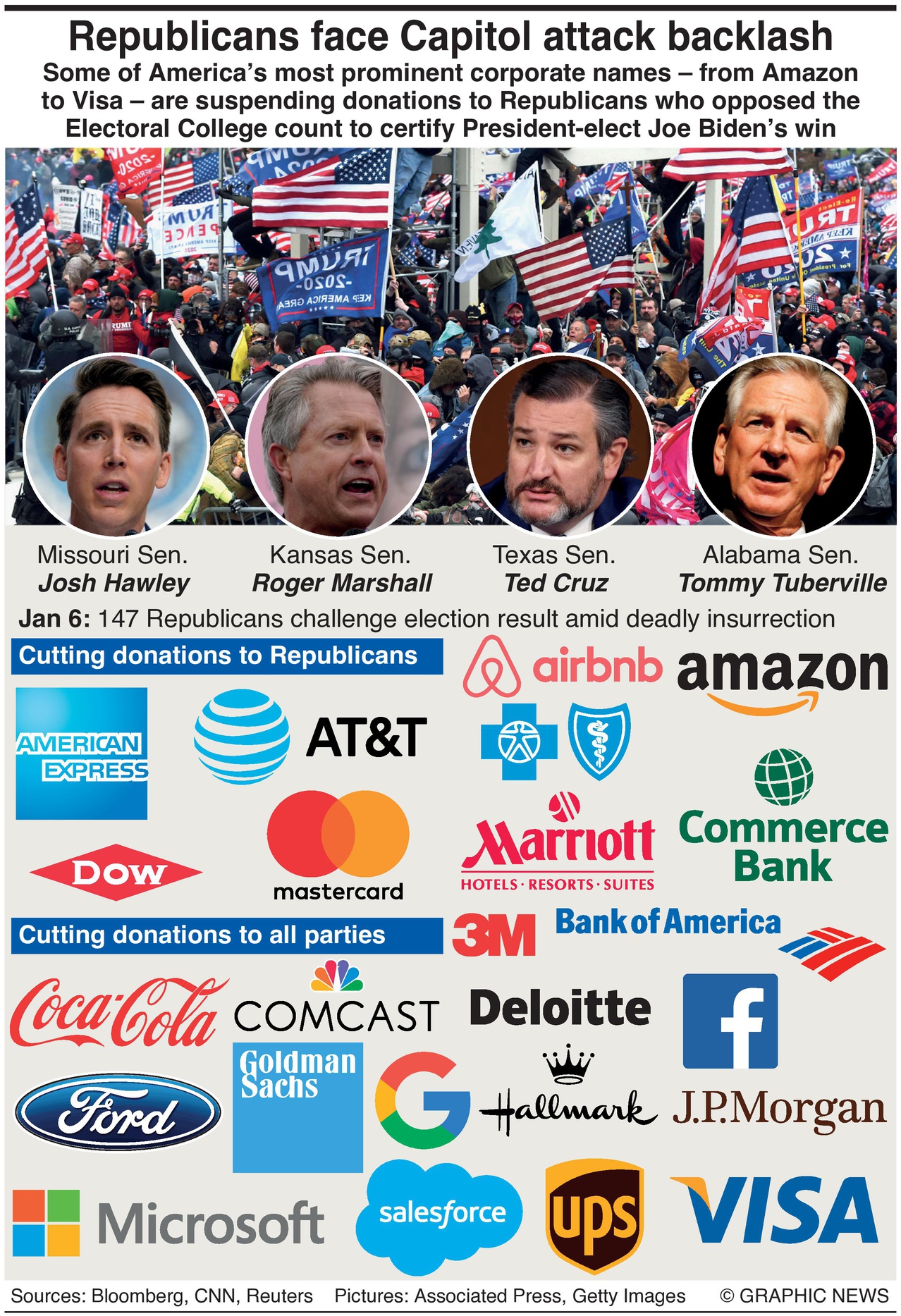 January 12, 2021 – Some of America’s most prominent corporate names — from Amazon to Visa — are suspending donations to Republicans who opposed the Electoral College count to certify President-elect Joe Biden’s win.

The announcements by Amazon, American Express, AT&T, Blue Cross Blue Shield, Commerce Bank, Dow Chemical, Marriott, Mastercard, among others, threaten funds for Republicans who are about to lose power in the White House and both chambers of Congress.

Some of the corporations target specific Republican lawmakers who voted against the presidential election certification, while others are withholding all contributions for now regardless of the political party.

Some 139 Republican representatives and eight GOP senators voted to object to at least one state’s electoral count, supporting President Donald Trump’s efforts to overturn the results.

The deadly insurrection on January 6, when a mob of President Trump’s supporters stormed the Capitol building during Congressional proceedings, led to the deaths of at least five people.

Few companies have gone as far as Dow Inc., which said it would withhold donations for the Republican lawmakers’ entire terms in office. Others said they would withhold contributions temporarily, or suspend giving to Republicans and Democrats alike.