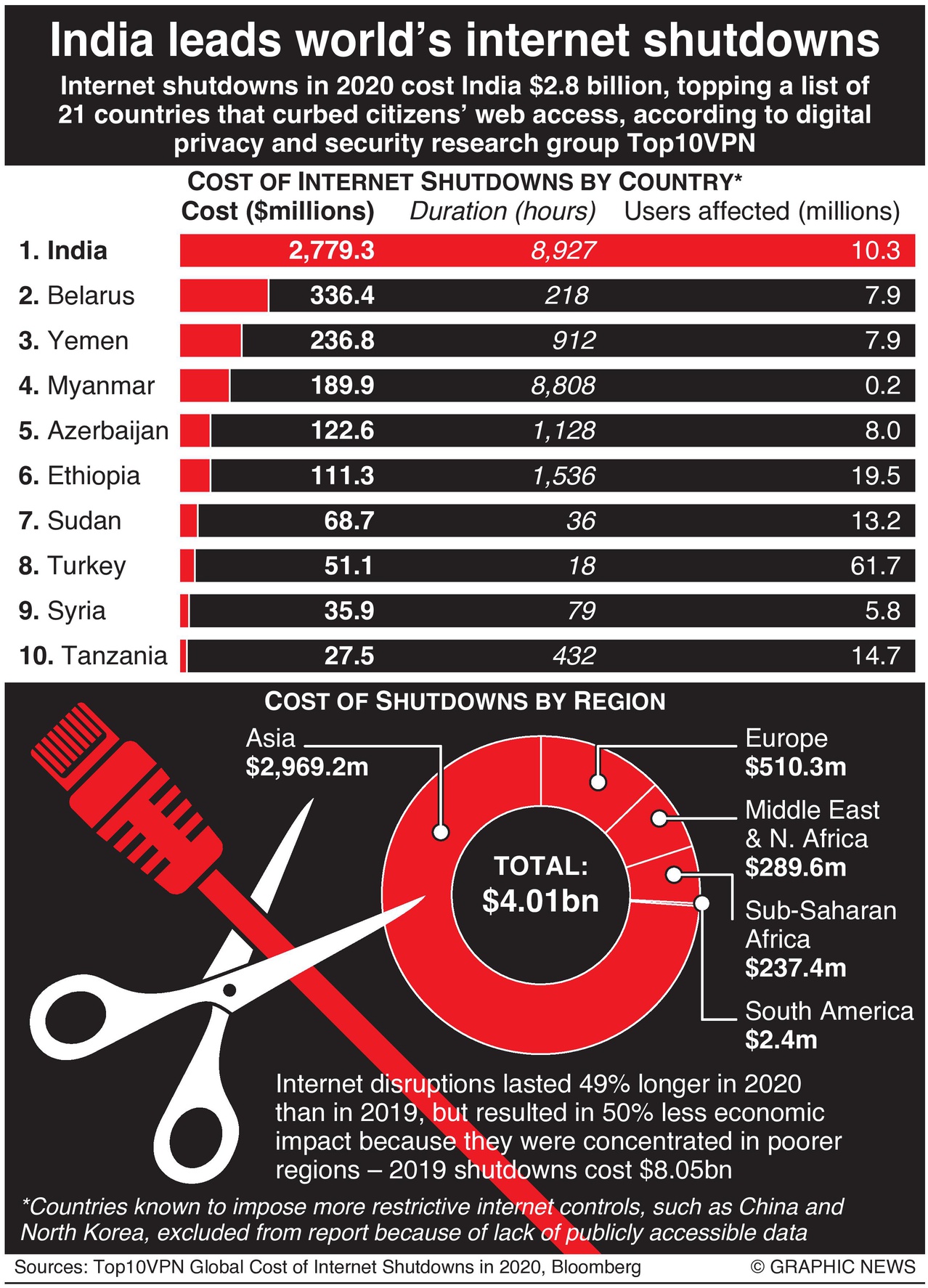 India accounted for about three-quarters of the $4 billion lost worldwide to internet curbs. It’s losses more than doubled compared to 2019, the UK-based digital privacy and security research group showed.

An internet shutdown is a suspension of internet access ordered by the authorities. Telecoms companies then turn off the cellular networks at transmitting towers providing mobile phone internet services in the area.

Countries with far more restrictive control over the internet, such as China and North Korea, did not feature prominently in the numbers compiled by the report because of the lack of publicly accessible data.

In India, bandwidth restrictions in Kashmir – where the government in 2019 revoked the special autonomous status of the country’s only Muslim majority state – affected access for medicines, businesses and schools despite the easing of a seven-months-long closure in March, the report says.

Belarus suffered the most economically after India, with $336.4 million lost to 218 hours of blackouts and curbs affecting 7.9 million people, amid protests following a controversial presidential election.

Governments justify Internet shutdowns for a variety of reasons, such as stopping people from sharing information or organizing protests, even when the demonstrations are peaceful. Governments also shut down social media and the Internet during elections in order to shape the outcome or hide fraud.

The UN declared internet access to be a human right in 2016, and achieving universal access is one target of its Sustainable Development Goals.