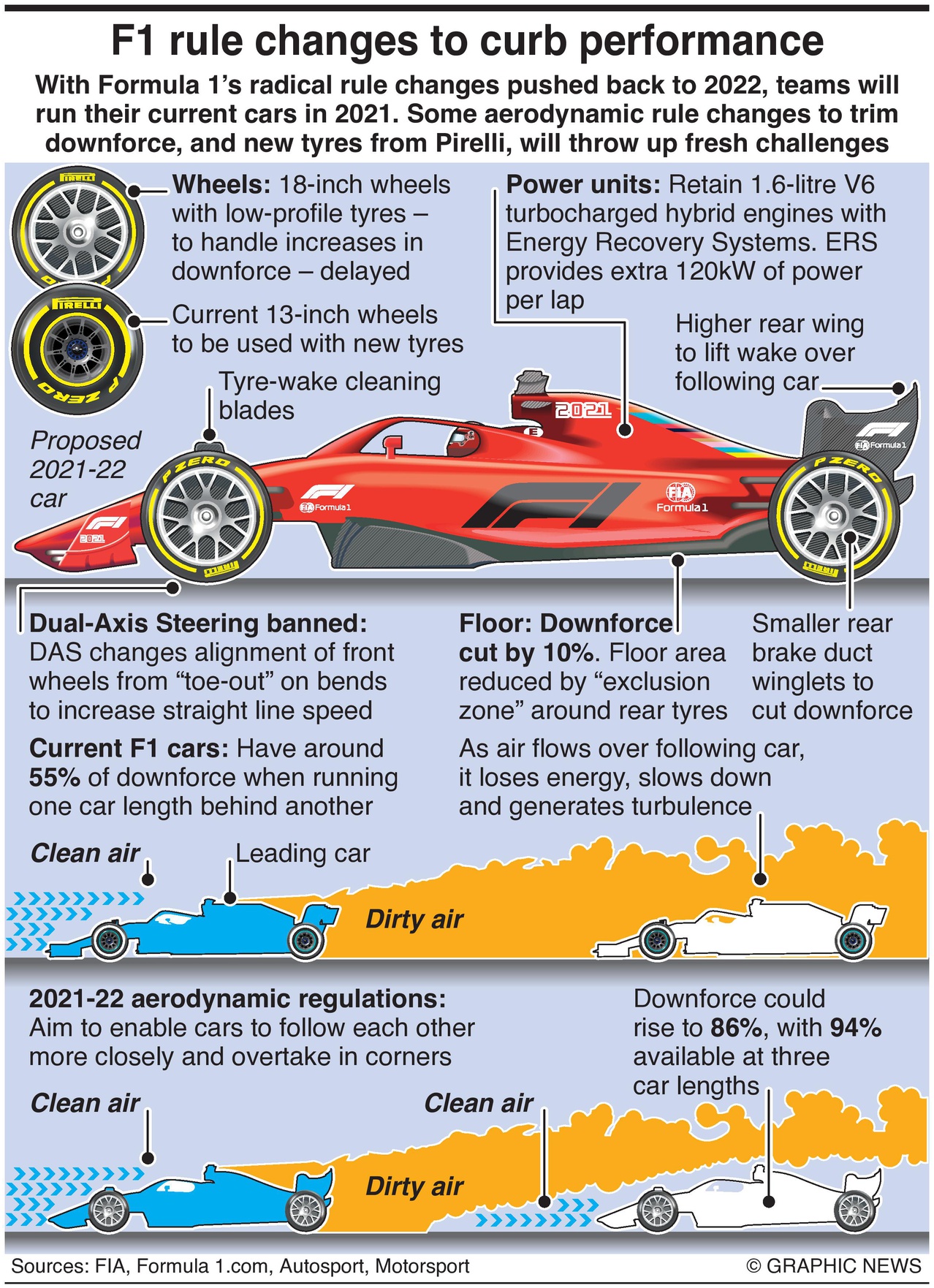 March 21, 2021 – December 5, 2021 – With Formula 1’s radical rule changes pushed back to 2022, teams will run their current cars in 2021. Some aerodynamic rule changes to trim downforce, and new tyres from Pirelli, will throw up fresh challenges.

The FIA has postponed the 18-inch wheels — to deal with increasing downforce levels — to 2022, but rule changes to try to curb the performance of the fastest F1 cars ever will apply next season.

Aerodynamic changes aimed to reduce downforce — the interaction of the flat bottom of the car and the track surface — threaten to slow down cars.

A second rule change bans the longitudinal slots which create pressure vortices on the outer edge of the floor. Rear brake duct winglets are also reduced in size to cut downforce to rear wheels, and the diffuser between the rear wheels will lose 50mm to the height of its dividing strakes. All in all, these changes are designed to reduce downforce by 10 per cent.

2021 will also see a long-awaited cost cap, set at $145 million per team, with increases if the revised calendar of all 23 races all take place.