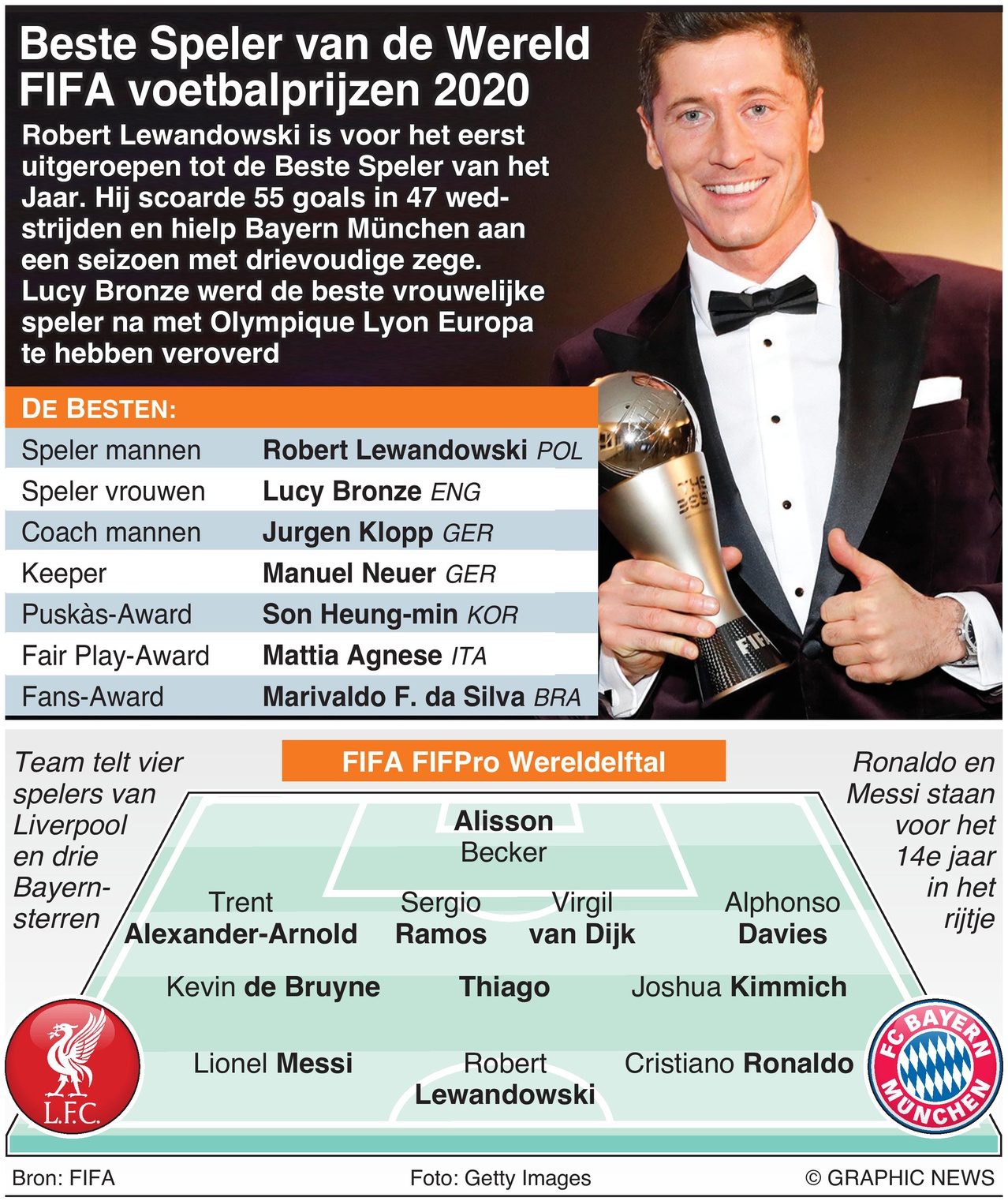 December 17, 2020 – The Best FIFA Football Awards 2020 have been held virtually for the first time due to the ongoing COVID-19 pandemic. Polish forward Robert Lewandowski has been named Best FIFA Footballer of the Year for the first time after scoring 55 goals in 47 games, and inspiring Bayern Munich to a treble-winning season. Lucy Bronze has been crowned best female player after conquering Europe with Olympique Lyon.