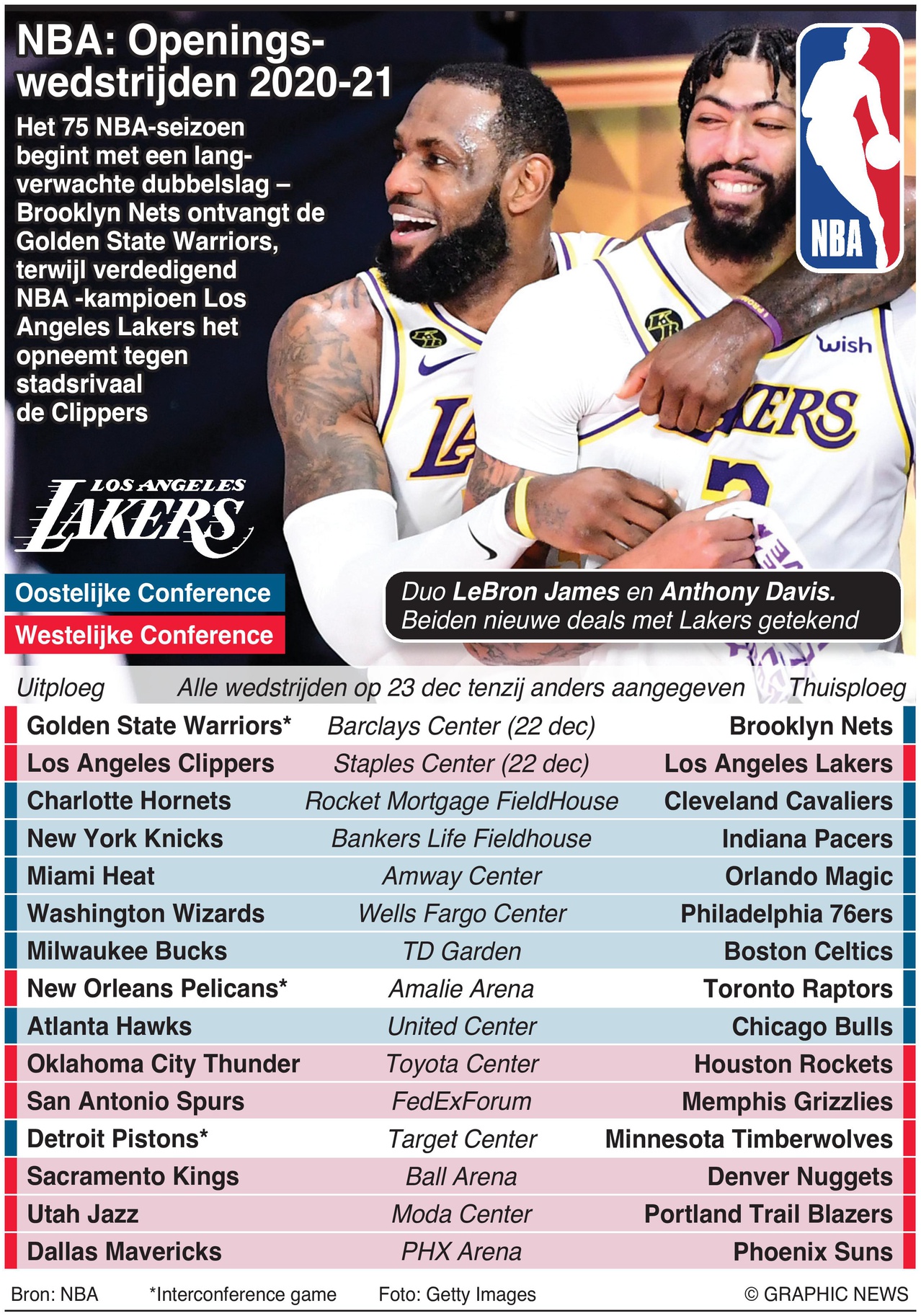 The NBA is one of the four major professional sports leagues in the United States.

A total of 30 teams play in the Eastern and Western Conference — 15 in each. Teams are to play a shortened 72-game season due to the coronavirus pandemic, which culminates in the NBA Finals, a best-of-seven championship series between the top two teams which takes place in July.

The LA Lakers are the reigning champions, having beaten the Miami Heat in 2020 Finals to claim their 17th title, and first since 2010.