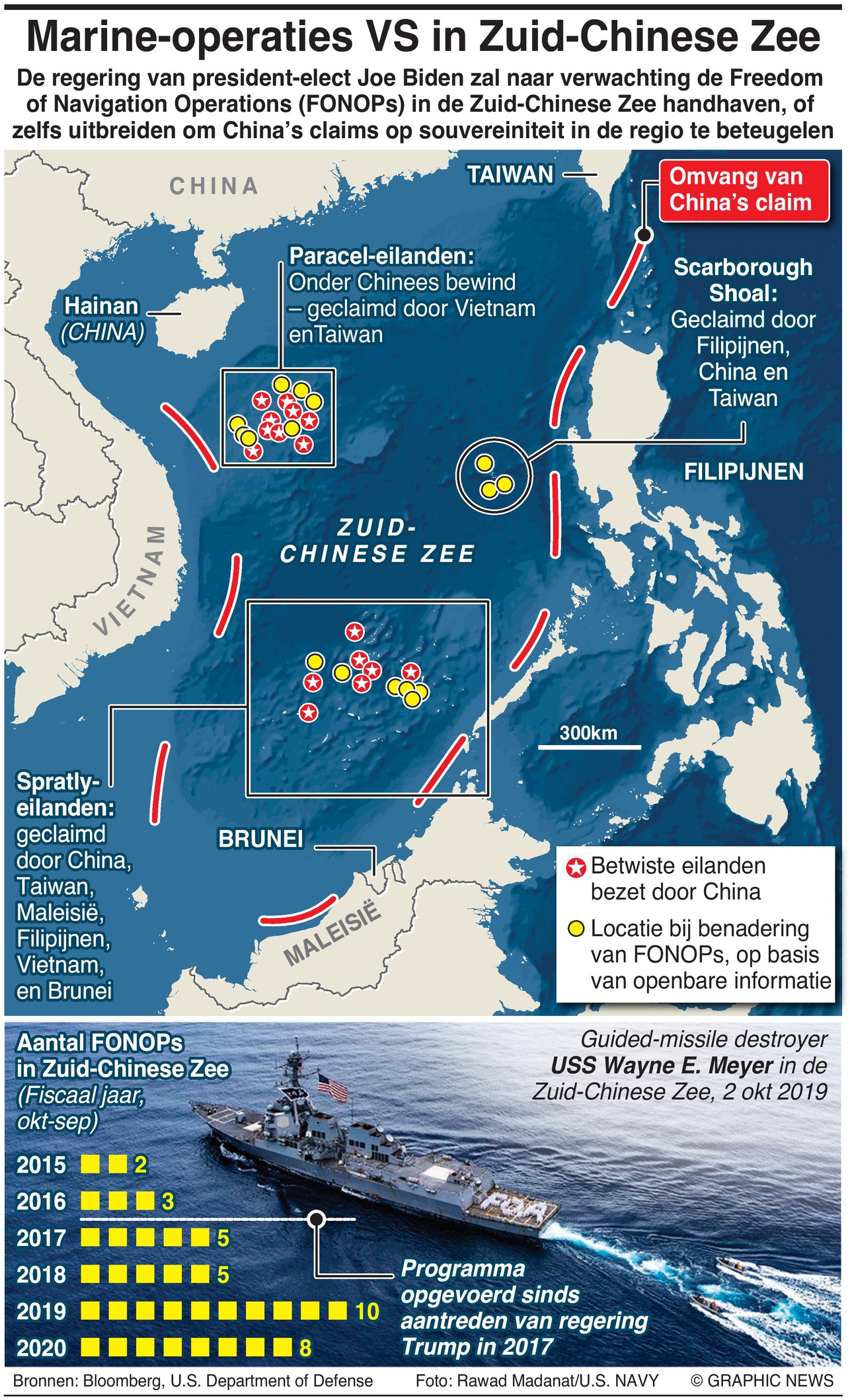 December 17, 2020 – President-elect Joe Biden’s administration is expected to maintain, or even expand, Freedom of Navigation Operations (FONOPs) in the South China Sea to challenge China’s sovereignty claims in the region.

Since taking over in 2017, President Donald Trump’s administration increased the number of FONOPs in the region. The manoeuvres involving naval vessels sailing within territorial limits of land features claimed by China, reached a new high of 10 last year after a total of just five in the last two years of the Obama administration.

China defends its construction as necessary for self-defence and says the United States is responsible for ratcheting up tension by sending warships and military planes close to islands Beijing claims.

China claims almost all of the strategic South China Sea. Brunei, Indonesia, Malaysia, the Philippines, Taiwan and Vietnam have competing claims in the region.