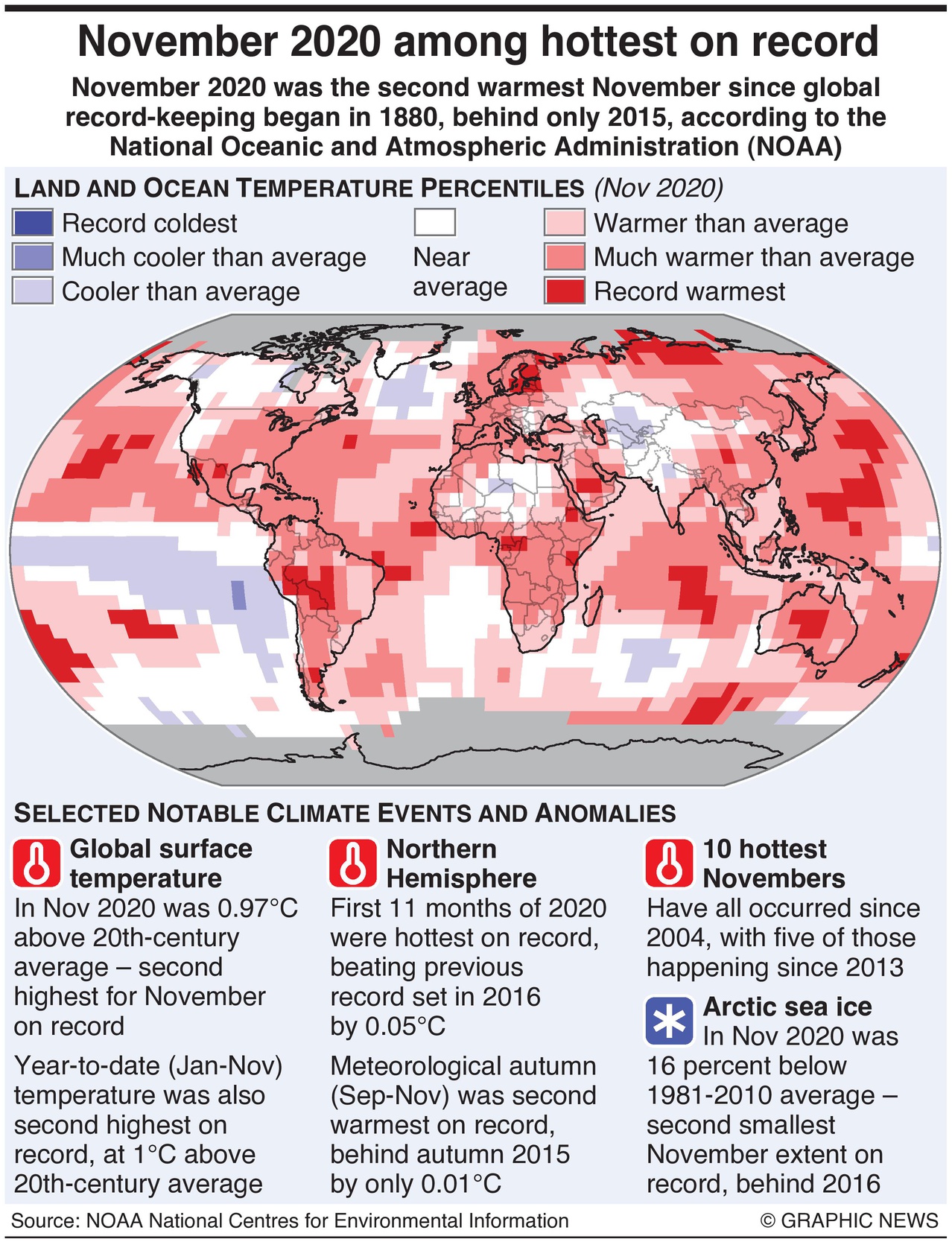 December 15, 2020 – November and the 2020 year to date rank second hottest on record, according to the National Oceanic and Atmospheric Administration (NOAA). Earth’s temperature in November was 13.87 degrees Celsius, which was 0.97 degrees above the 20th century average.

If December is as much above normal as November was, then 2020 will at least tie 2016 as the warmest on record, NOAA climate scientist Ahira Sanchez-Lugo said.

NASA and NOAA records go back to 1880. Emissions from the burning of coal, oil and natural gas cause the planet to warm. 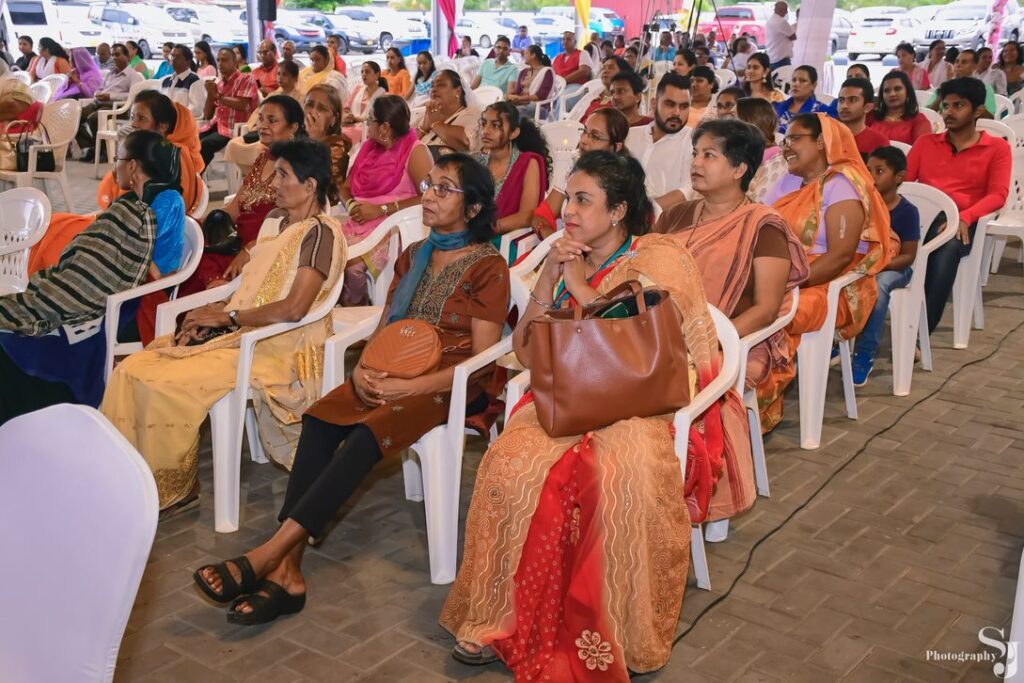