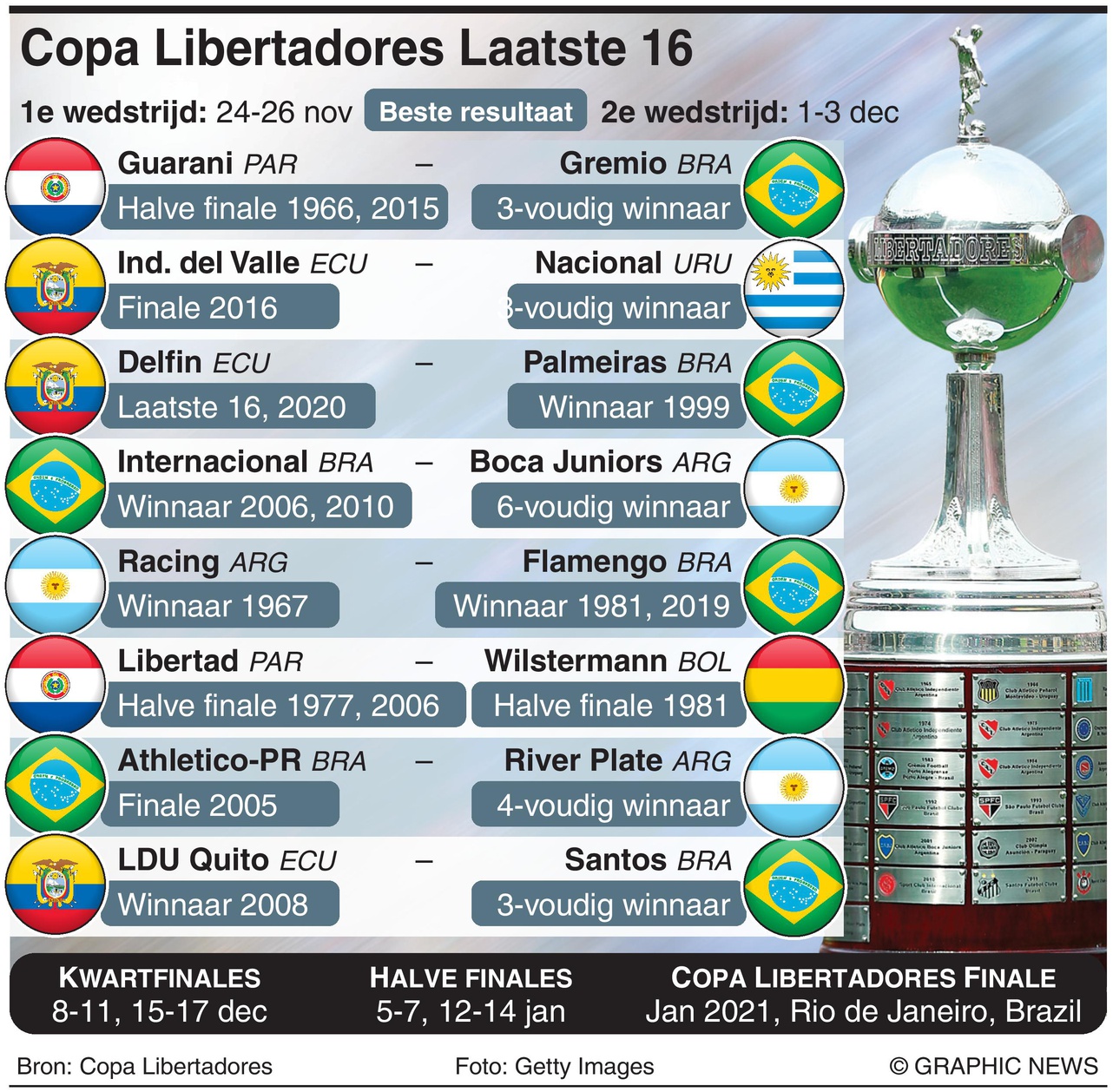 Teams from Argentina and Brazil are traditionally dominant in the tournament, sharing 44 of 60 titles between them since 1960. Flamengo of Brazil are the reigning continental champions following their victory over Argentina’s Boca Juniors in 2019, when a new single-match final format was established.

The final in January 2021 will be hosted at Brazil’s iconic Estadio do Maracana in Rio de Janeiro, the fourth time the stadium has hosted the showpiece event.