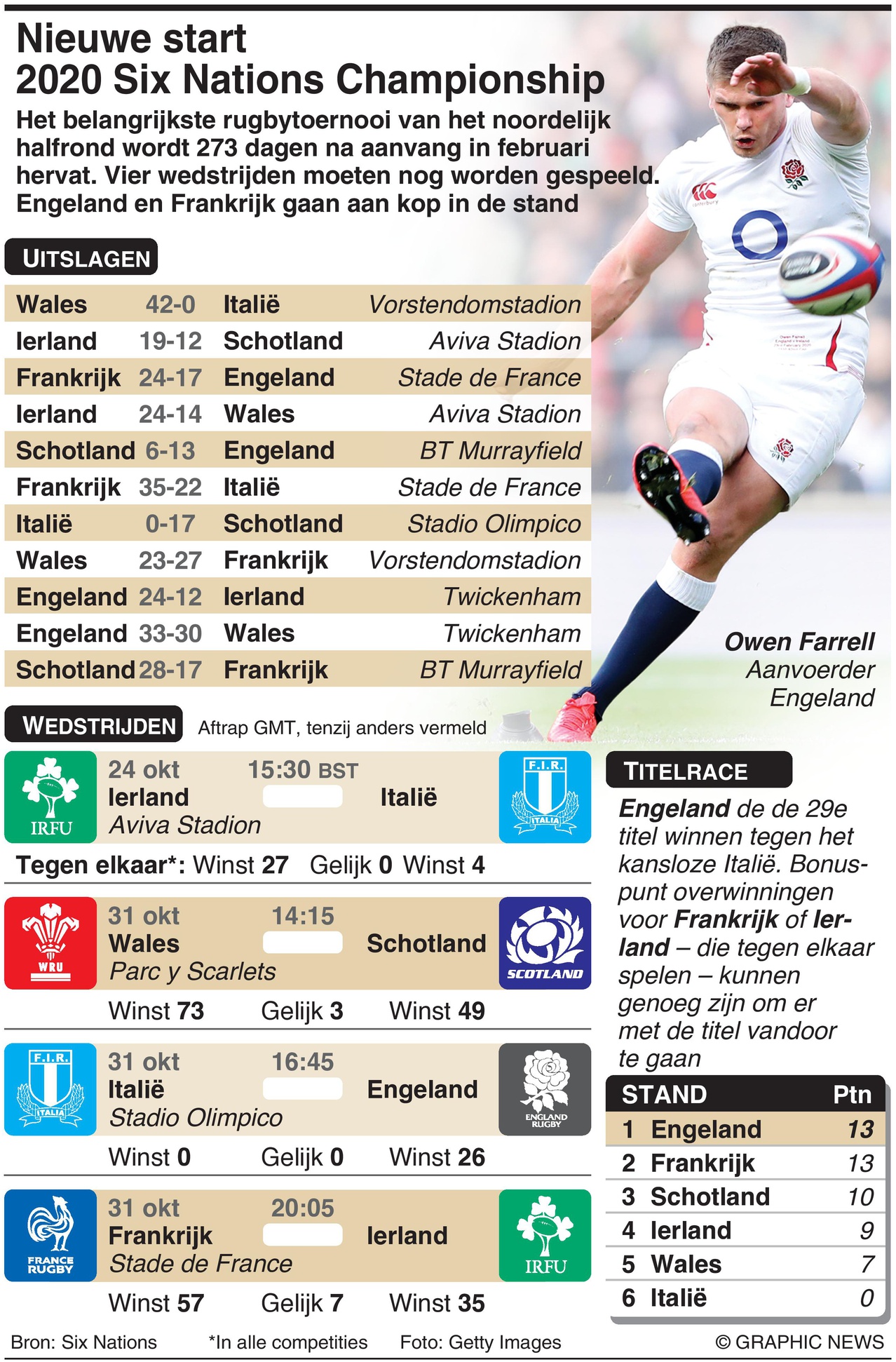 October 24, 2020 – October 31, 2020 – The Six Nations, the northern hemisphere’s premier tournament will conclude 273 days after beginning in February — four matches remain to be completed, with England and France leading the standings.

The Six Nations Championship is played each year between England, France, Ireland, Italy, Scotland and Wales. Each team plays every other team over five rounds, a total of 15 matches, with home advantage alternating between seasons.

The tournament began in 1883 between the four “home” nations of England, Scotland, Wales and Ireland, with France joining in 1910 and Italy in 2000 to give the current six nations.

Under the umbrella of the tournament there are individual competitions such as the Calcutta Cup match (contested between England and Scotland since 1879), the Millennium Trophy (England and Ireland, since 1988), the Centenary Quaich (Ireland and Scotland, since 1989), and the Giuseppe Garibaldi Trophy (France and Italy, since 1988). The Triple Crown is awarded to a home nation that beats the other three home nations. If a team wins all of its five matches they win a “Grand Slam”.