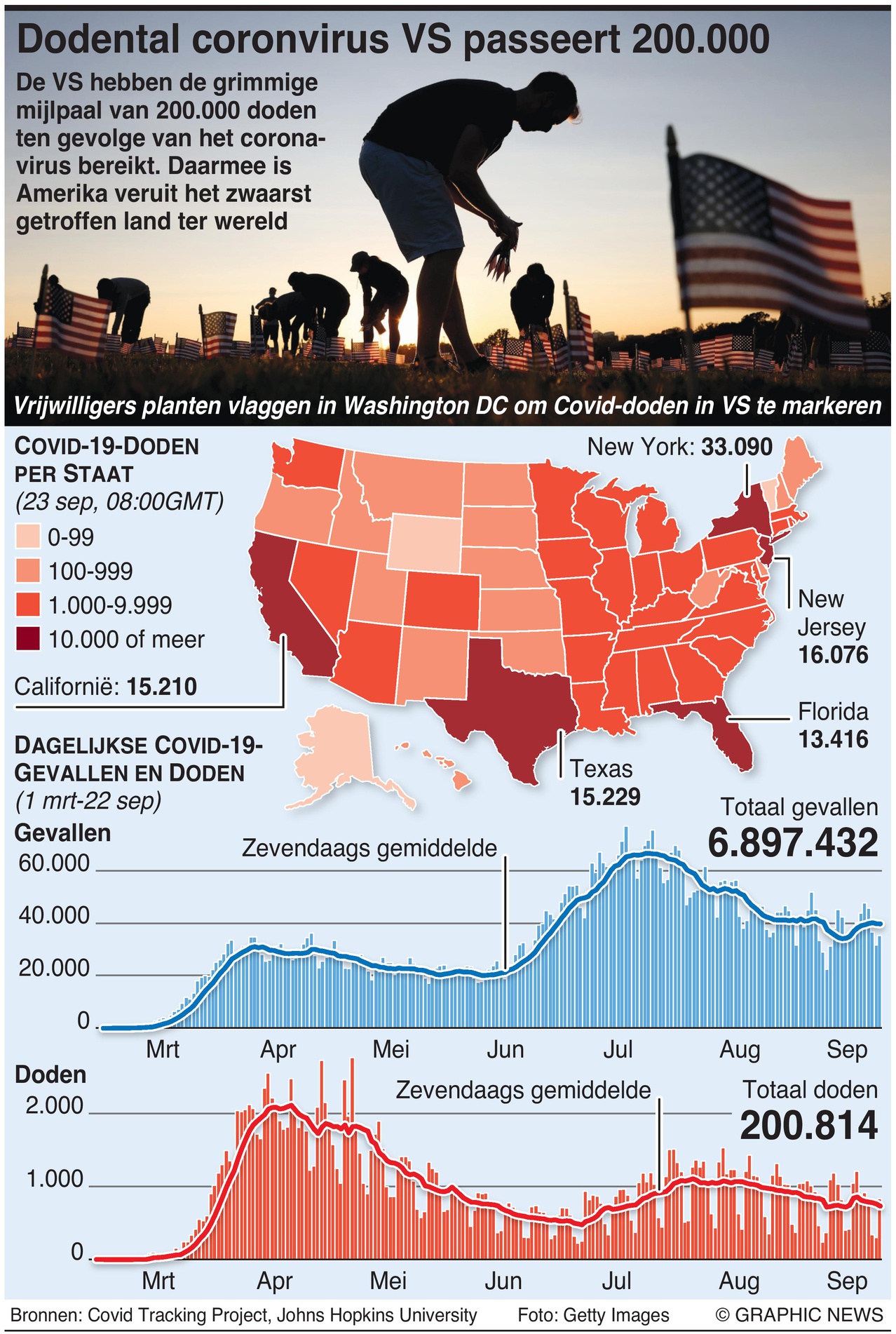 The United States has passed the grim milestone of 200,000 deaths from coronavirus, making America the worst affected country in the world by far, according to data from Johns Hopkins University.

The number of dead is based on figures supplied by state health authorities. But the real toll is thought to be much higher, in part because many Covid-19 deaths were probably ascribed to other causes, especially early on, before widespread testing.

For five months, America has led the world by far in sheer numbers of confirmed infections – nearly 6.9 million as of Tuesday – and deaths. The U.S. has less than 5 percent of the globe’s population but more than 20 percent of the reported deaths.