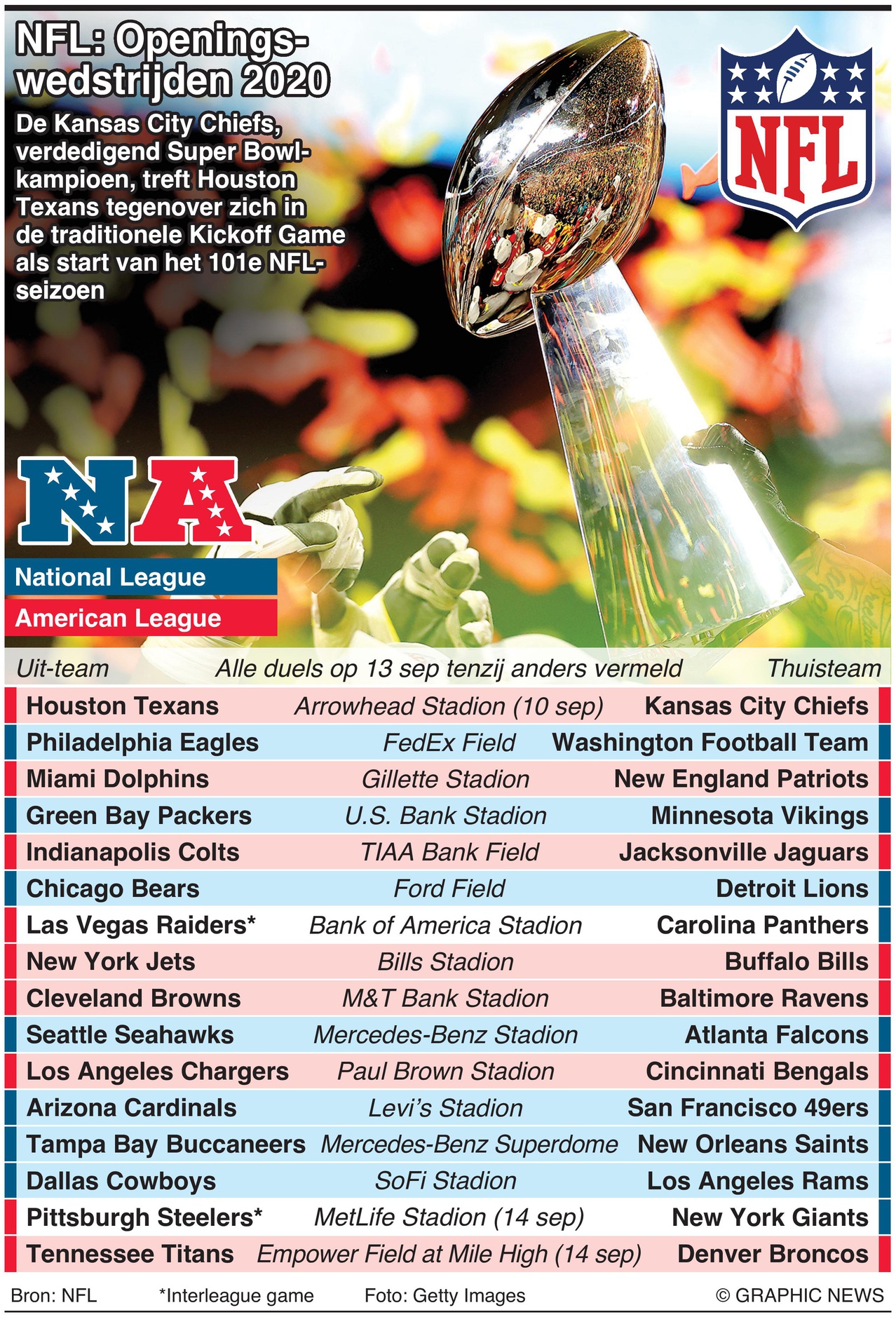 September 10, 2020 – Opening games of the National Football League (NFL) 2020 season. The Kansas City Chiefs, the defending Super Bowl champions, take on the Houston Texans in the traditional Kickoff Game to launch the 101st NFL season on September 10, with the remaining games played September 13-14.

The NFL is one of the four major professional sports leagues in the United States.

A total of 32 teams play in the American Football Conference (AFC) and National Football Conference (NFC) — 16 in each. Teams play 16 matches over a 17-week regular season, after which seven teams from each conference (four division winners and three wild card teams) advance to the playoffs, culminating in the showpiece Super Bowl game contested by the top two teams on the first Sunday in February.