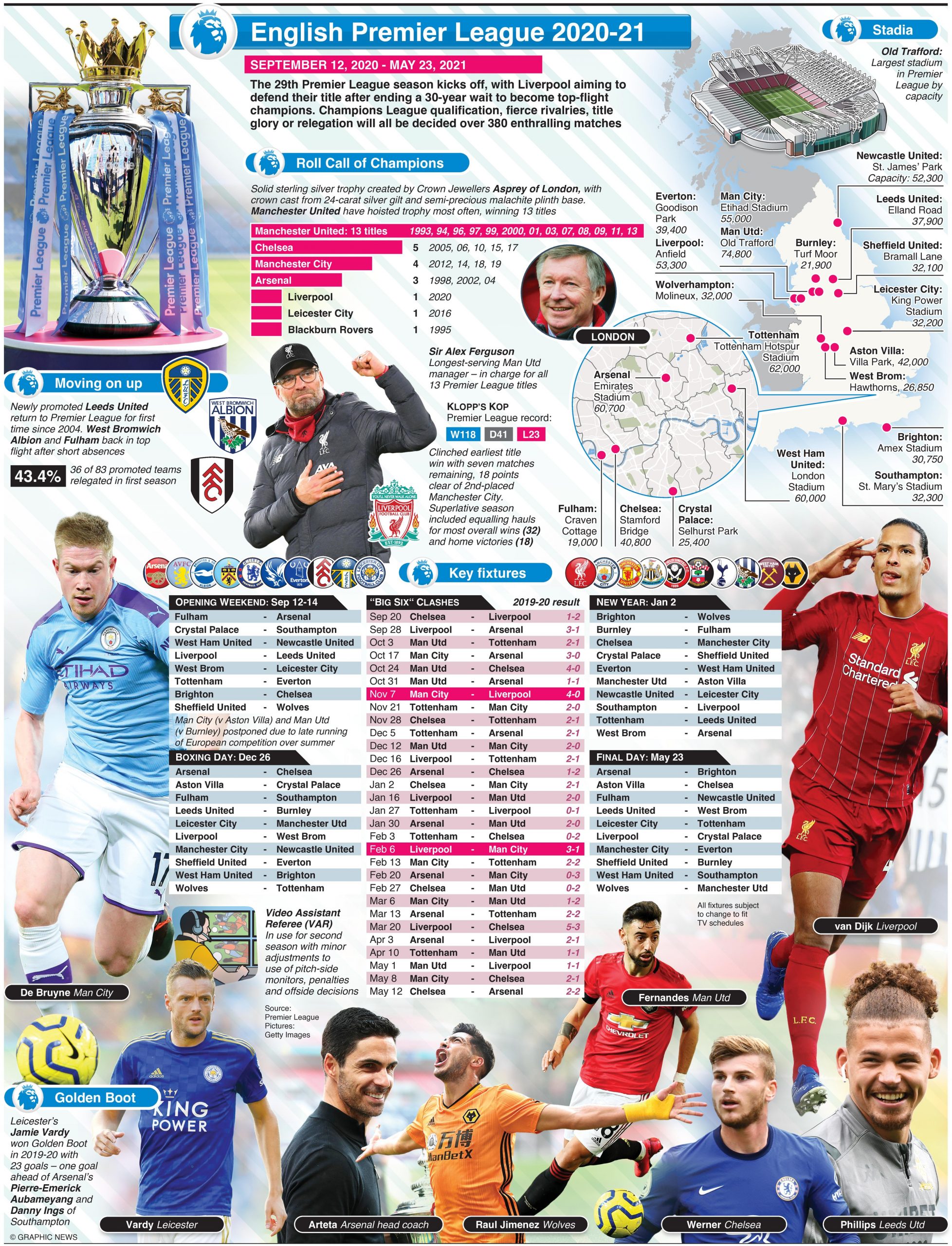 September 12, 2020 – May 23, 2021 –
The 29th Premier League season kicks off, with Liverpool aiming to defend their title after ending a 30-year wait to become top-flight champions. Champions League qualification, fierce rivalries, title glory or relegation will all be decided over 380 enthralling matches.

Liverpool open the defence of their Premier League title at home to newly promoted Championship winners Leeds Utd, back in the Premier League after a 16-year absence. In a tough introduction to the top flight, fellow promoted teams Fulham and West Bromwich Albion face Arsenal and Leicester respectively.

The opening fixtures for Manchester City and Manchester Utd are postponed to a later date to allow 30 days since their elimination from the extended European competition during the summer. Chelsea and Wolverhampton go to Brighton and Sheffield Utd on September 14 after their slightly earlier European exits.