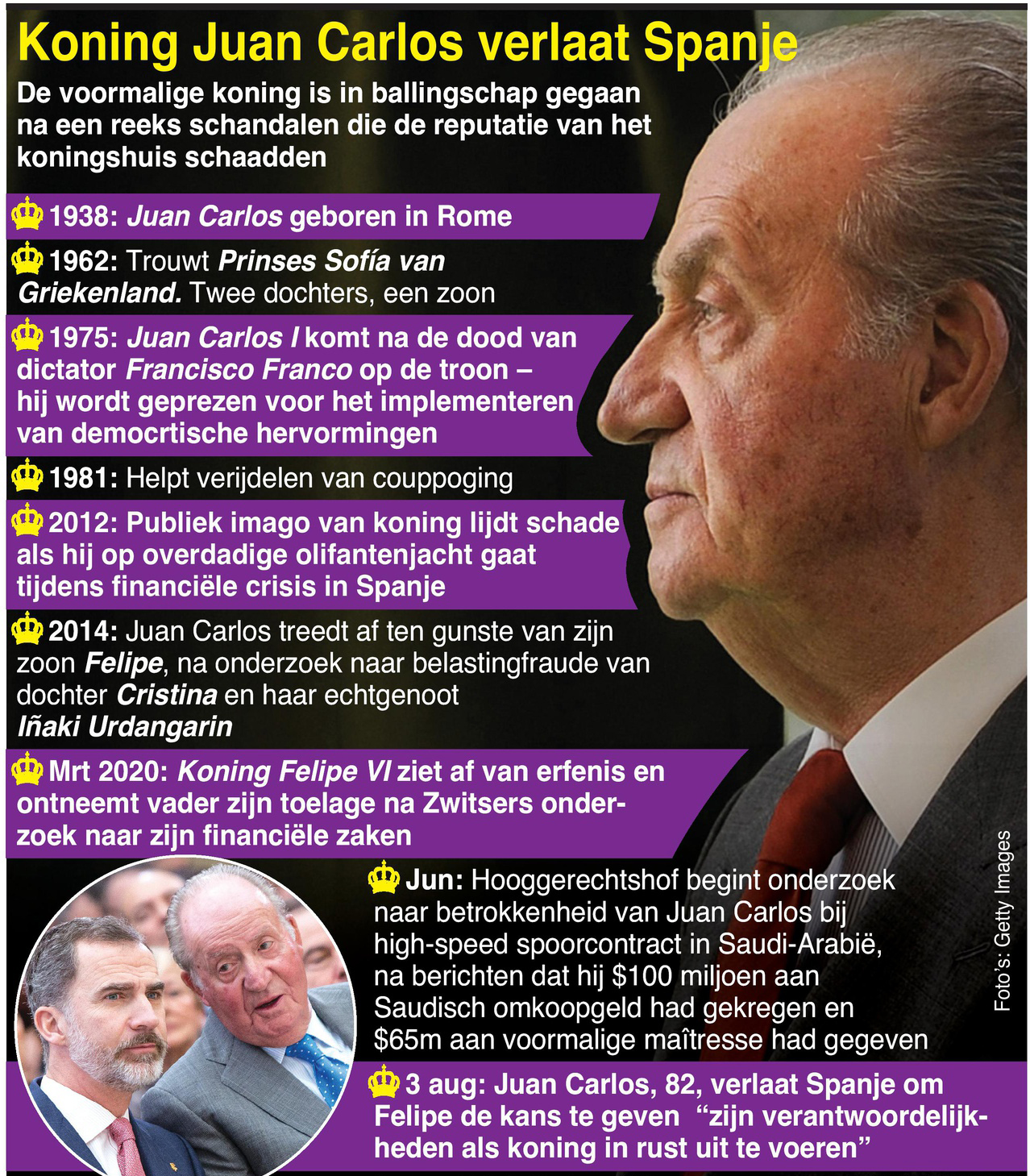 BY JORDI BOU
Spain’s former King Juan Carlos has gone into exile amid a cloud of scandal that has harmed the reputation of the monarchy.

In a letter published on the royal family’s website on Monday, Juan Carlos told his son King Felipe VI he was moving outside Spain due to the “public repercussions of certain episodes of my past private life.”

Juan Carlos, 82, is the target of official investigations in Spain and Switzerland, into possible financial wrongdoing.

Juan Carlos assumed the throne in November 1975 as King Juan Carlos I, and is credited with helping Spain restore democracy after the death of dictator Francisco Franco that year. But marred by scandals in the later years of his reign, Juan Carlos in 2014 abdicated in favour of his son Felipe, losing the immunity from prosecution the Spanish Constitution grants to the head of state.

A statement from Spain’s general prosecutor’s office in June said it was investigating whether Juan Carlos received millions of dollars in kickbacks from Saudi Arabia during the construction of a high-speed railway there by a Spanish consortium.

Since then, Spanish media outlets have published damaging testimony from a separate Swiss investigation into millions of euros that were allegedly given to Juan Carlos by Saudi Arabia’s late King Abdullah.

Juan Carlos allegedly then transferred a large amount to a former companion in what investigators are considering as a possible attempt to hide the money from authorities.

The companion, Corinna Larsen, is a Danish-German businesswoman long linked by Spanish media to the former king. Spanish prosecutors have asked her to provide testimony in the case in September via videolink from London.

The scandals swirling around Juan Carlos have provided ammunition for those wanting to abolish the monarchy.