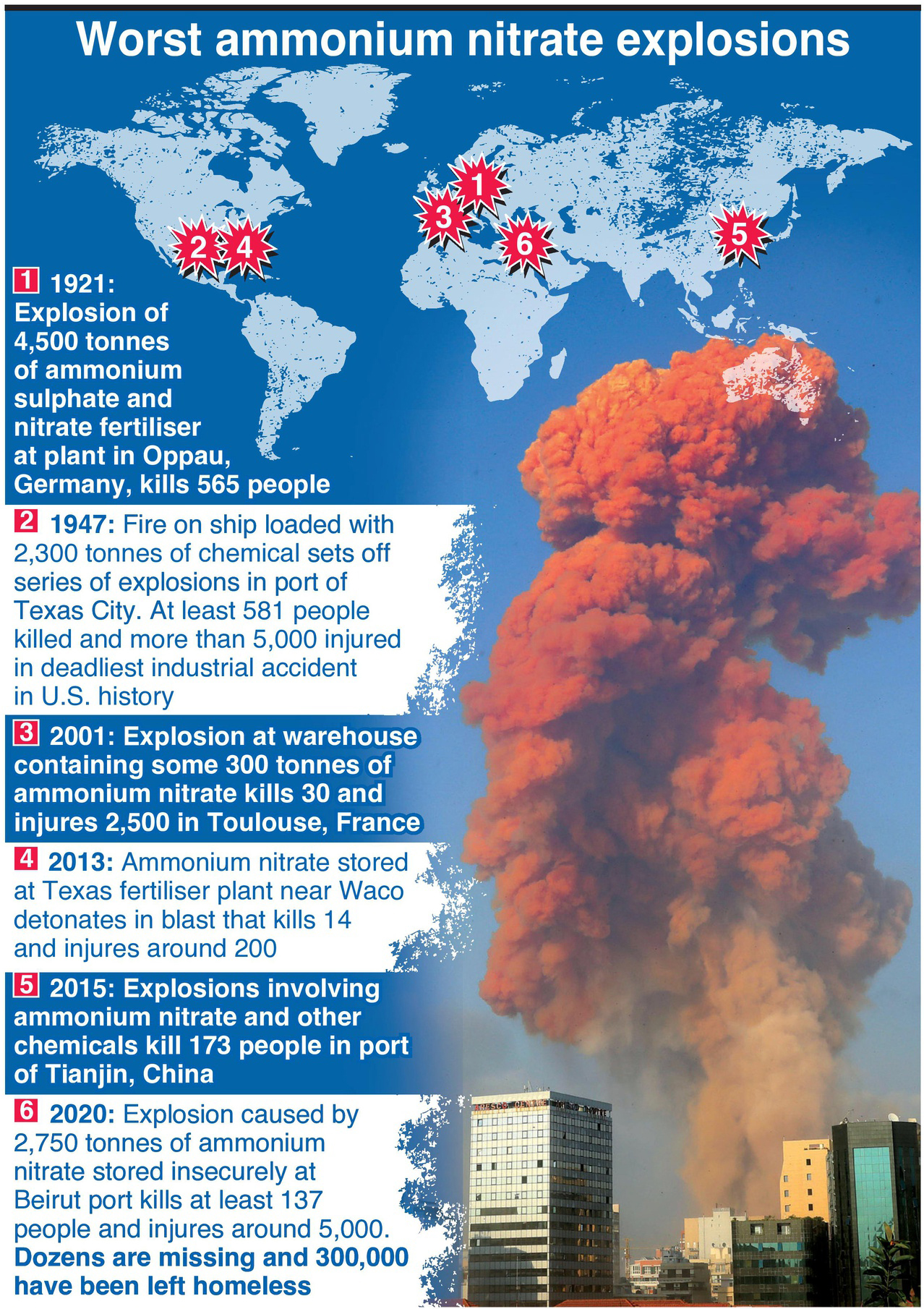 August 6, 2020 – As Lebanese have expressed anger at the government over what they say was negligence that led to the blast that devastated swaths of Beirut, experts have questioned why such an explosive material was stored for so long, so close to the heart of the city of more than 2m people.

This is not the first time that ammonium nitrate, which is reasonably cheap to manufacture, has been implicated in deadly industrial explosions.

In 1921 an explosion of 4,500 tonnes of ammonium sulphate and nitrate fertiliser at a plant in Oppau, Germany, killed 565 people.

The deadliest industrial accident in U.S. history occurred in 1947 at Texas city, when at least 581 people were killed when more than 2,000 tonnes of the chemical detonated on-board a ship which had docked in the port.

More recently, an explosion involving ammonium nitrate and other chemicals killed 173 people in the port of Tianjin northern China in 2015.

It has also been used in several terrorist acts, including the Oklahoma City bombing in 1995. In that instance, Timothy McVeigh used two tonnes of ammonium nitrate to create a bomb which destroyed a federal building and killed 168 people.