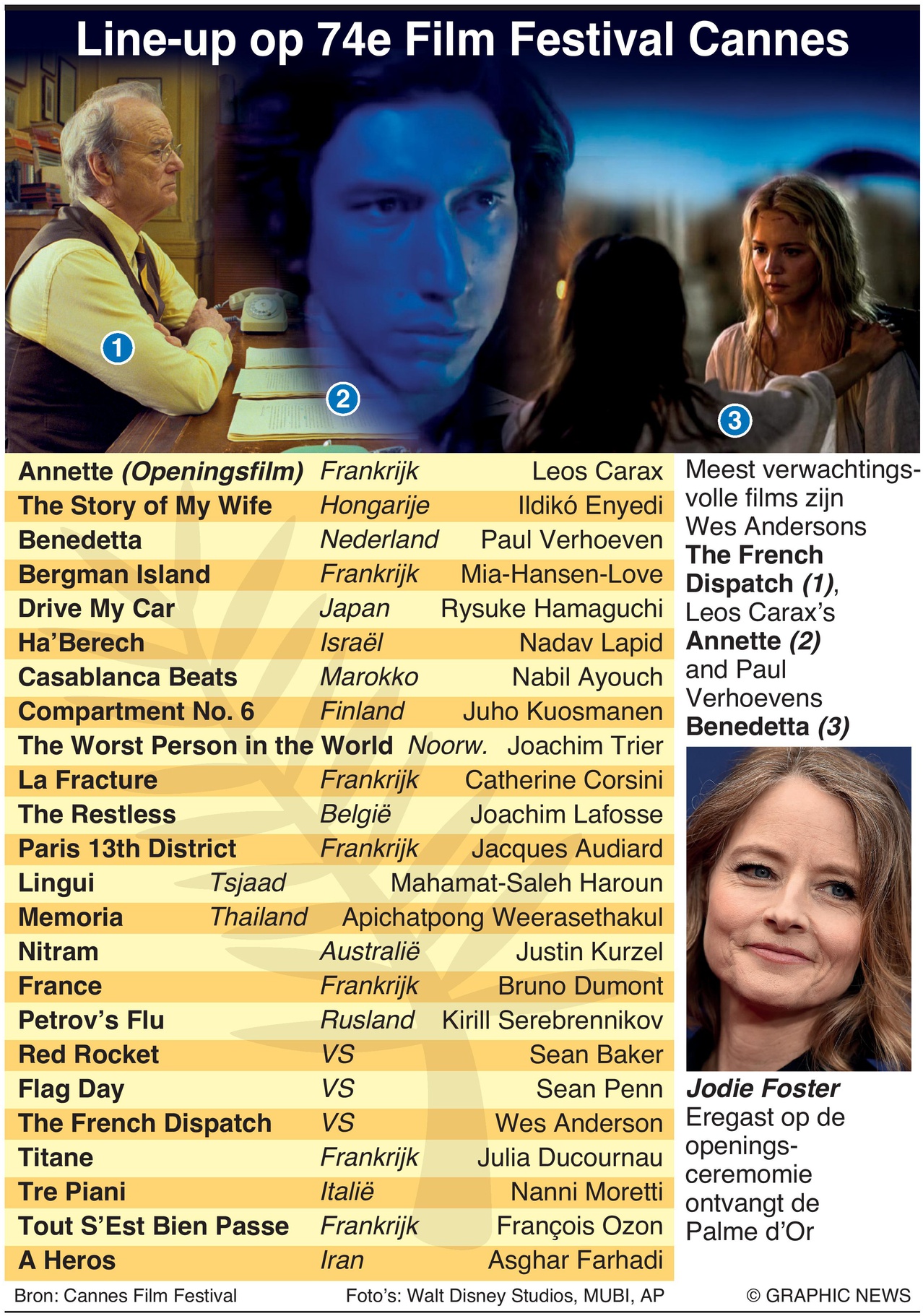 July 6, 2021 – July 17, 2021 – The Cannes Film Festival returns after a one-year absence, though bumped from its usual May slot due to ongoing Covid restrictions. Leos Carax’s musical film Annette, scored by Sparks and starring Adam Driver and Marion Cotillard, opens the 10-day festival and Spike Lee presides over the jury.

After being forced to cancel the 2020 edition on account of the pandemic, Cannes vowed to return with a live event that would bring back the glamour, stars and prestigious filmmakers.

Organisers of the world’s biggest film festival are confident of being able to host dinners and beach screenings alongside the main competition as some Covid-19 measures are lifted in France.

Some of the most anticipated films of this edition include Leos Carax’s musical romance “Annette” with Adam Driver and Marion Cotillard, which will kick off the festival; Verhoeven’s subversive period thriller “Benedetta,” set in the late 15th century and starring Virginie Efira as a novice nun; and “The French Dispatch,” Anderson’s 10th movie, with Tilda Swinton, Benicio del Toro, Bill Murray and Timothée Chalamet, among other stars.

Two-Oscar winner Jodie Foster, the festival’s guest of honour at its opening ceremony on July 6, will be awarded an honorary Palme d’Or.