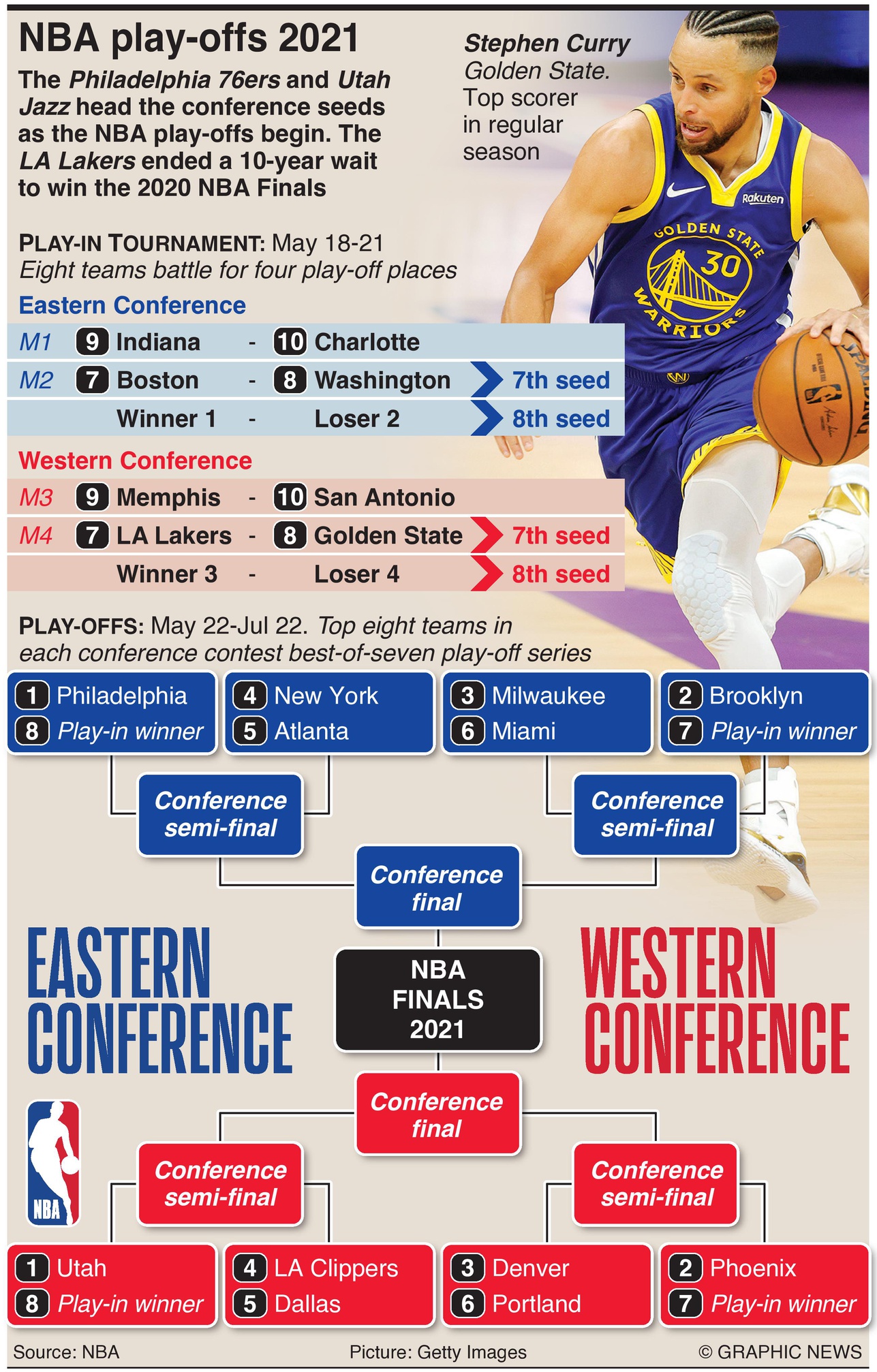 The NBA play-offs begin with a “Play-in Tournament” as a final chance for teams seeded from 7th to 10th in both the Eastern and Western conferences to battle for the four remaining play-off places. The top seeded teams will have two opportunities to qualify for the play-offs, while the lowest seeds will have to win twice.

The Philadelphia 76ers and Utah Jazz head the conference seeds, with the Jazz posting the best regular season record of 52 wins and 20 defeats.

The eight teams in each conference contest the best-of-seven play-off series, before the Eastern and Western champions clash in the NBA Finals to decide the 2021 NBA Championship winner.