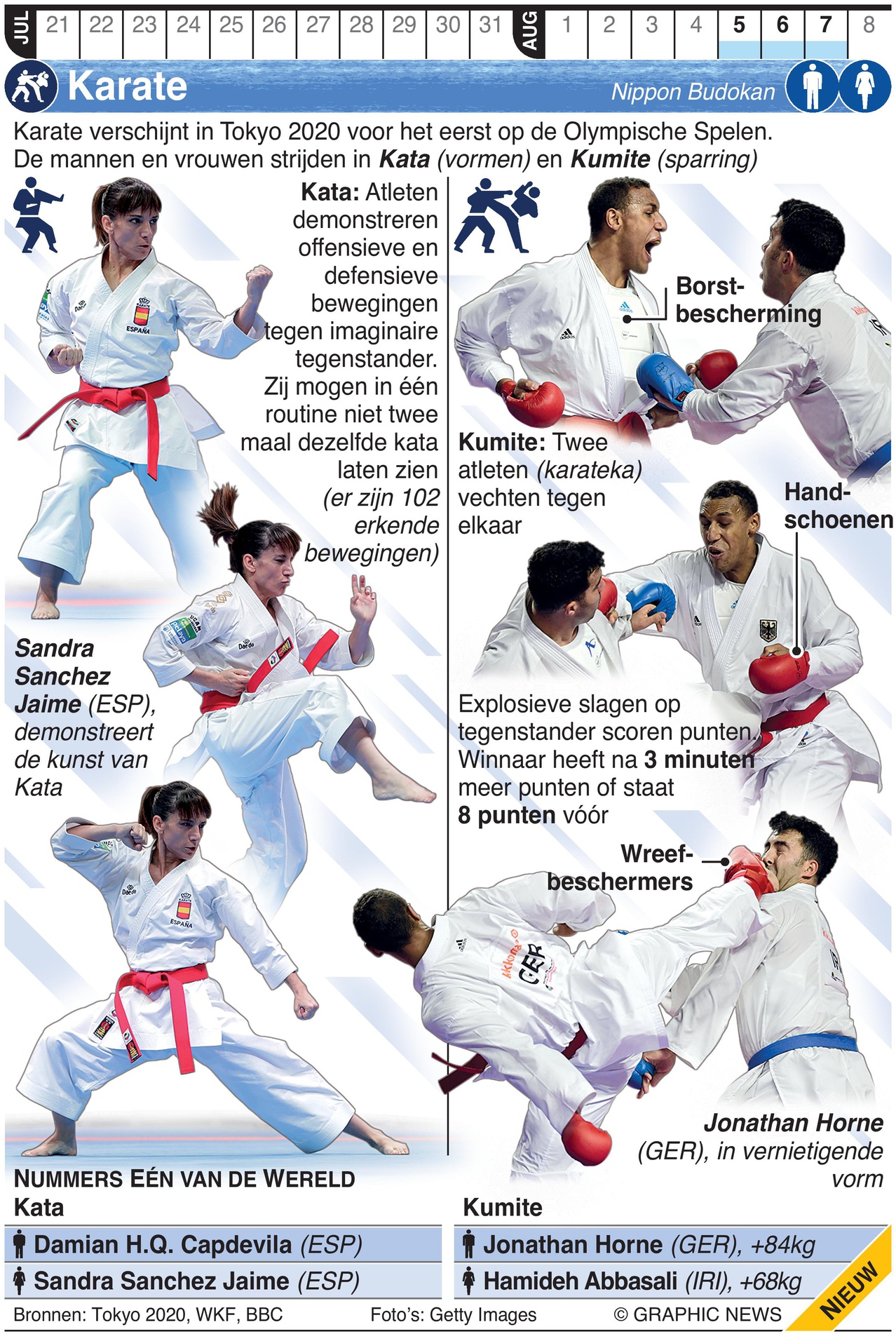 Six new events will debut in Tokyo – Baseball/Softball, Karate, Skateboarding, Sport Climbing and Surfing. Although, strictly speaking, Baseball and Softball are returning after a 13 year hiatus from when they last appeared at a summer Games, in Beijing in 2008.

It is the second time that Japan, and specifically Tokyo, has hosted the Summer Olympic Games – the first being in 1964.