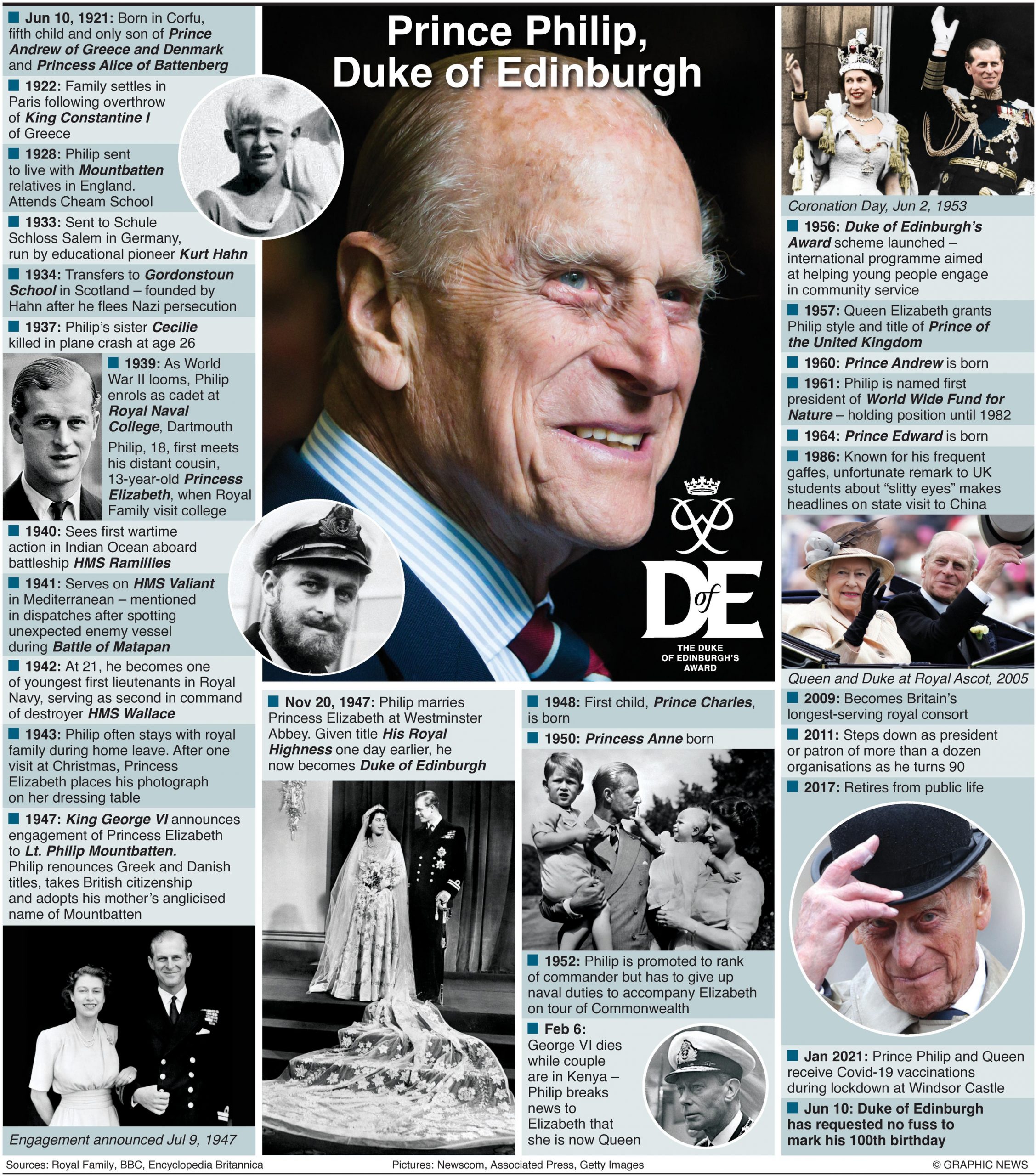 February 22, 2021 – The Duke of Edinburgh remains in hospital for a period of “observation and rest”. He was admitted to hospital in London on Feb 16 for an undisclosed reason although it is not related to coronavirus.

Prince Philip, who turns 100 on June 10, has been spending the latest lockdown with Queen Elizabeth at Windsor Castle where both received Covid vaccinations in January.

The duke was said to be in good spirits when he entered the King Edward VII Hospital in central London “as a precautionary measure” after feeling unwell.

He was last in hospital in December 2019, when he spent four nights at the same hospital for treatment for a “pre-existing condition”. He was discharged on Christmas Eve.

The duke is Britain’s longest-serving royal consort. He and the Queen marked their 73rd wedding anniversary in November 2020.