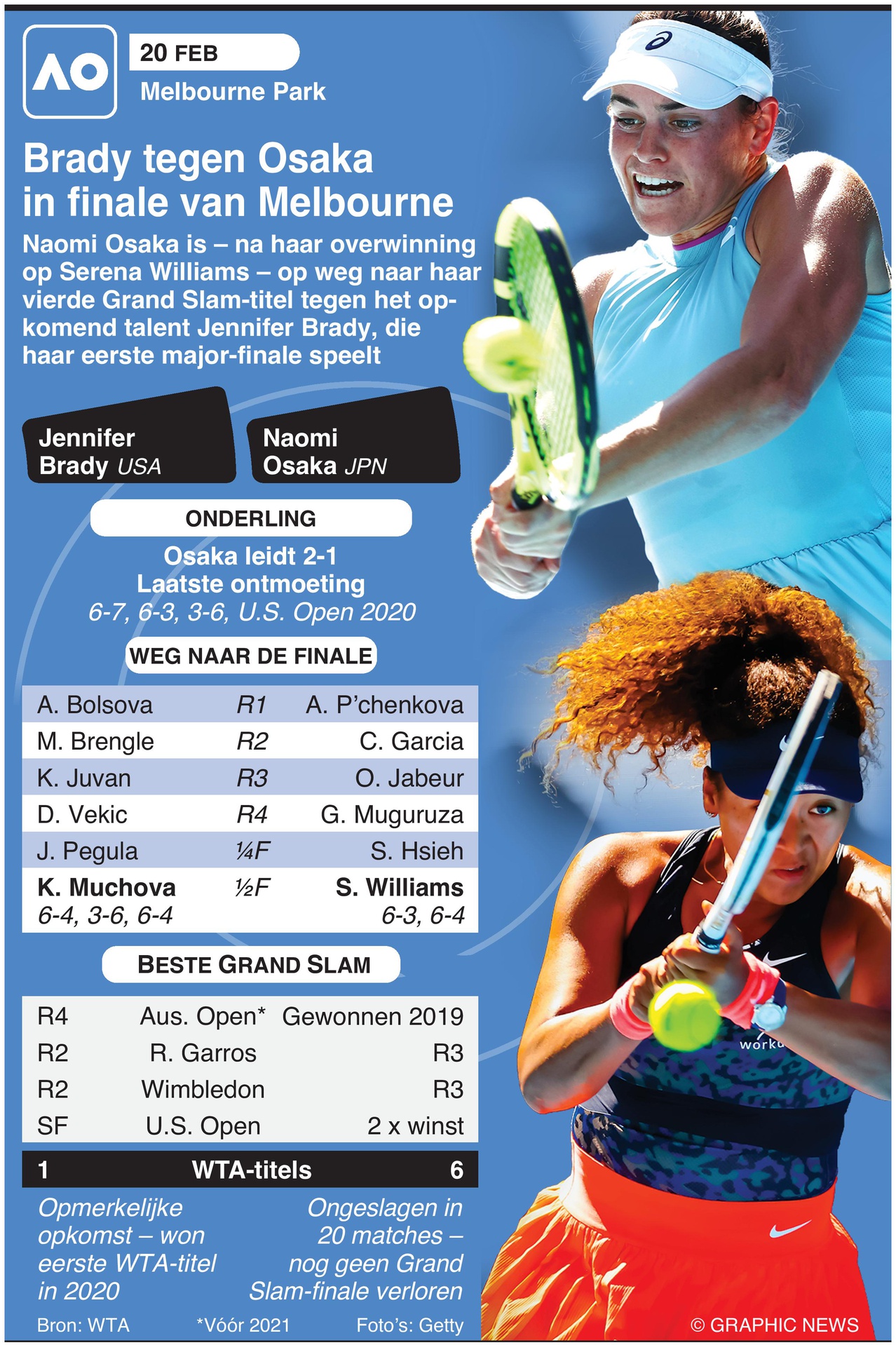 February 20, 2021 – Jennifer Brady of the United States and Naomi Osaka from Japan contest the women’s singles final at the Australian Open in Melbourne.

Japanese World No. 3 Naomi Osaka aims to claim her fourth Grand Slam title, after claiming the Melbourne title in 2019, sandwiched between two triumphs at the U.S. Open. Osaka vanquished rival Serena Williams with a comfortable straight sets victory in the semi-final, and has only lost one set during the tournament.

In contrast, emerging talent and No.22 seed Jennifer Brady is appearing in her maiden major final. The American enjoyed a breakthrough season in 2020, winning her first WTA title.

The pair have met three times before, with Osaka sealing a three-set victory most recently at the U.S Open in 2020.