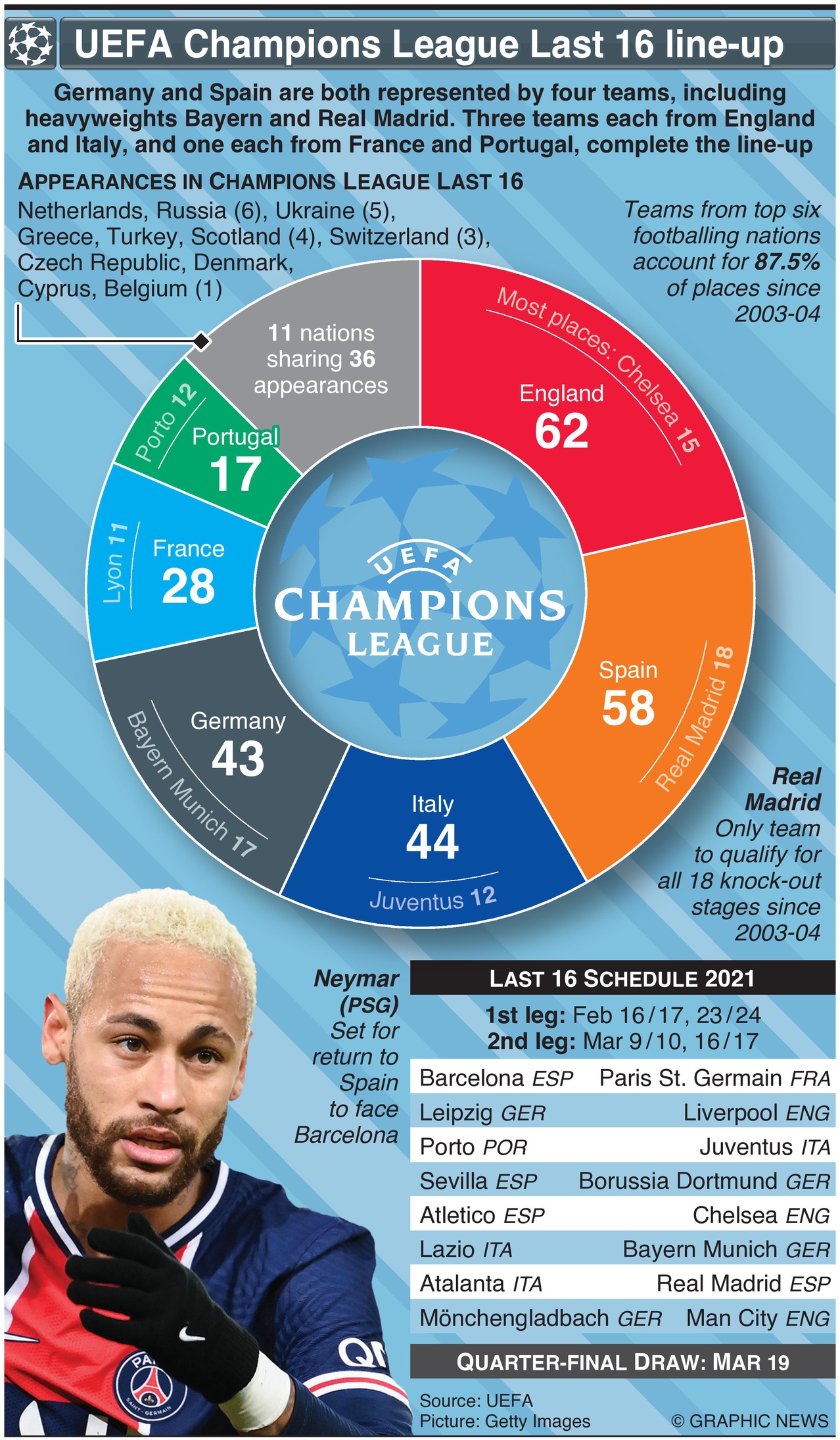 February 16, 2021 – March 17, 2021 – The Last 16 in the UEFA Champions League takes place across Europe, as the tournament reaches the knockout stages. Germany and Spain are both represented by four teams, including heavyweights Bayern and Real Madrid. Three teams each from England and Italy, and one each from France and Portugal, complete the line-up.