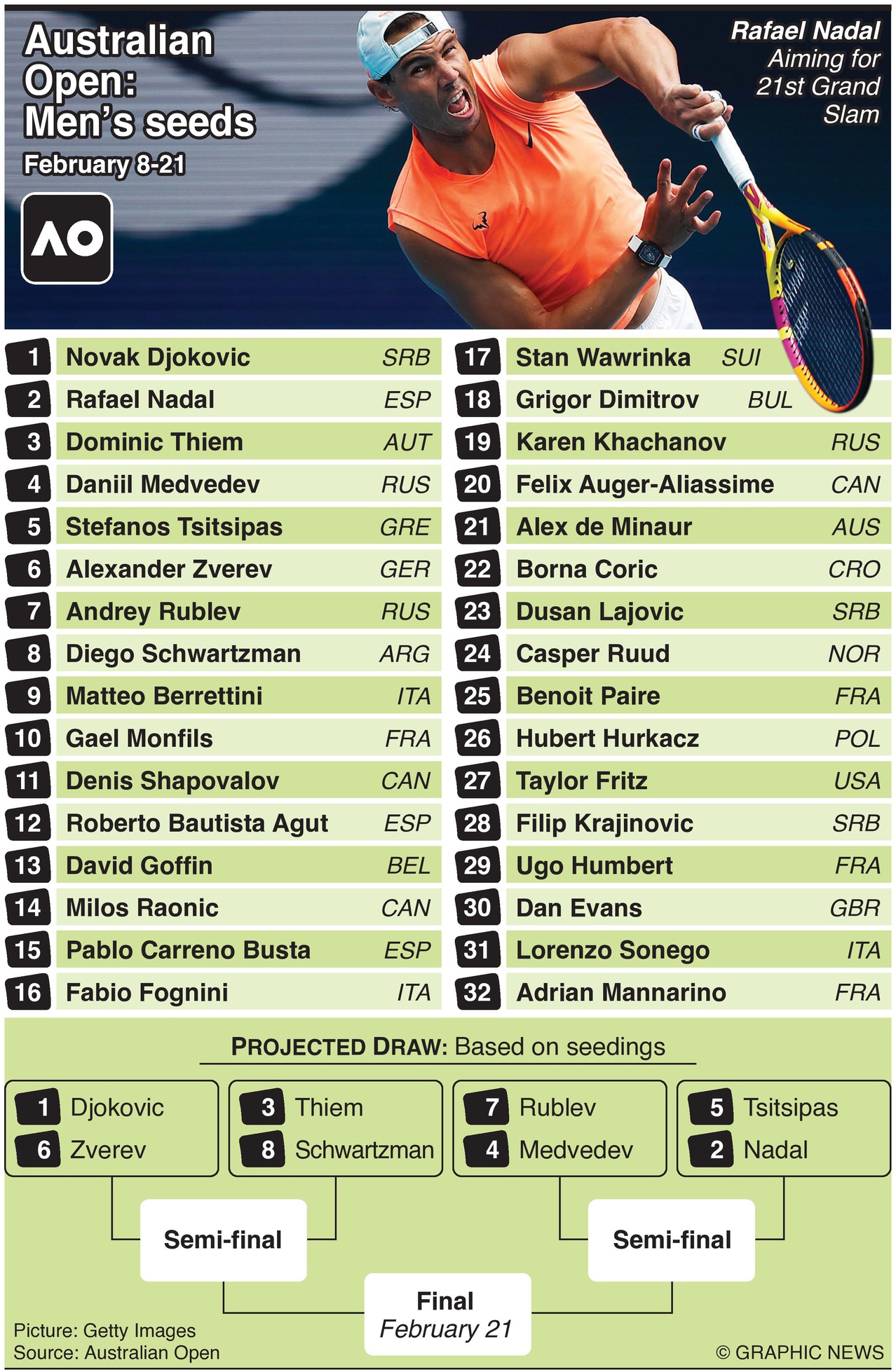 World No.1 Novak Djokovic heads the men’s seeds at the Australian Open, aiming to win a record-extending ninth title.

U.S champion Dominic Theim is at No.3, with Daniil Medvedev at No.4 seed.