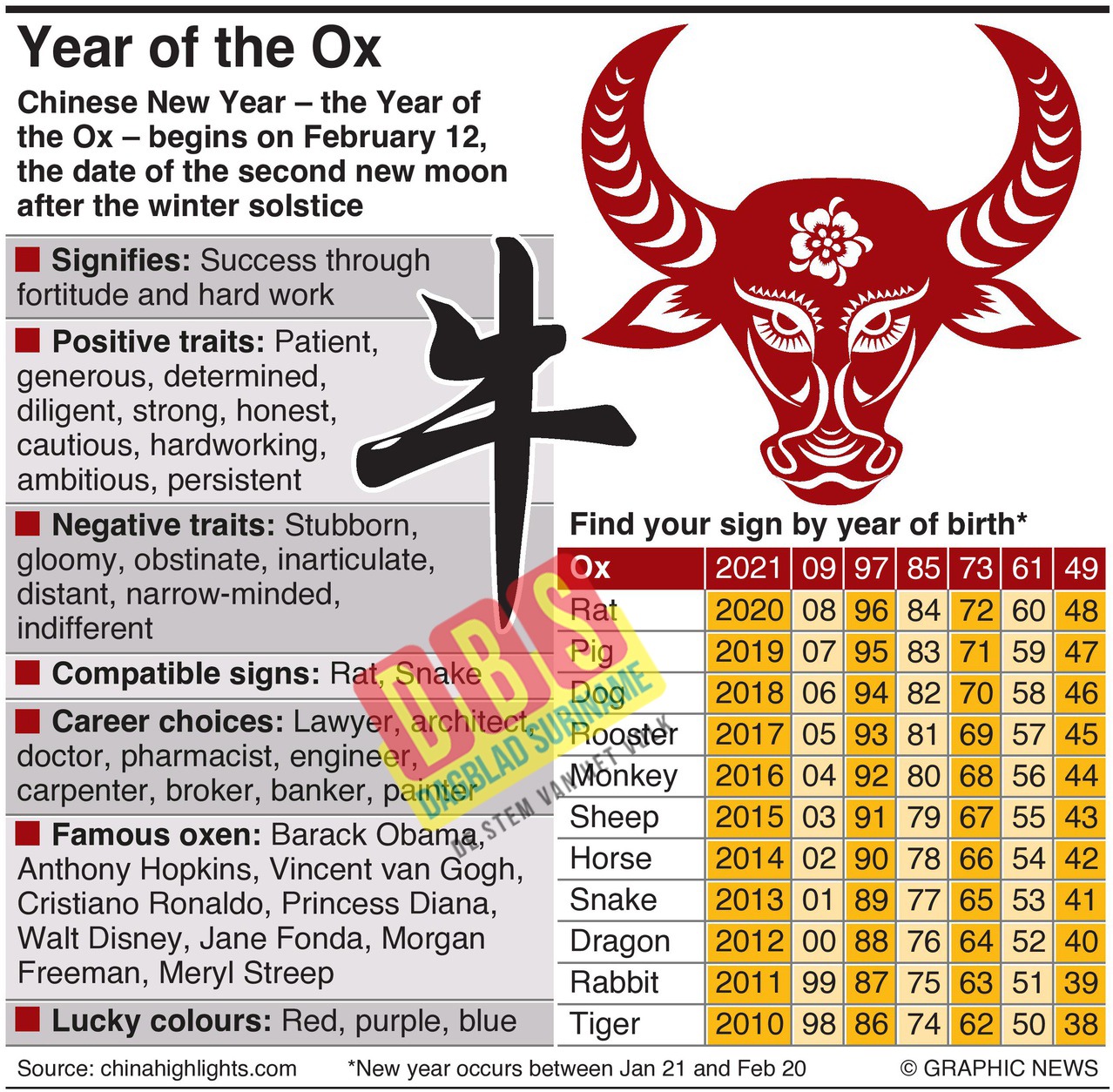 Chinese New Year – the Year of the Ox – begins on February 12, the date of the second new moon after the winter solstice.

The family-focused week of festivities might have to bend to COVID-19 realities. People born under the Ox sign on the Chinese Zodiac appear to be the best-equipped to handle pandemic restrictions as they are notable for their patience and unsociability.

Like Christmas in Western countries, Chinese New Year is a time for feasting with family members. Such a week usually requires travel, and over 600 million people traveled within China during a similar holiday week in October. As of November the country had escaped the new coronavirus surge seen around much of the globe, but was facing fresh outbreaks. Nikkei Asia reports that the country has intensified efforts to contain infections through widespread testing and travel restrictions. Beijing can be counted on to introduce tight and even nationwide restrictions – perhaps as a preventative measure ahead of the festival – if the situation worsens.

The zodiac cycle of twelve animal signs derives from Chinese folklore as a method for naming the years. The animals – rat, ox, tiger, rabbit, dragon, snake, horse, sheep, monkey, rooster, dog and pig – follow one another in an established order and are repeated every twelve years. Some recent Ox years are: 1961, 1973, 1985, 1997 and 2009.

Each animal has particular characteristics and people born in a certain year are believed to take on these characteristics. People who share the Ox sign are said to be strong, reliable, fair and conscientious, inspiring confidence in others. They are also calm, patient, methodical and can be trusted. They are serious, quiet and not naturally sociable, which can make them dull. And Ox people are credited with a great deal of common sense.