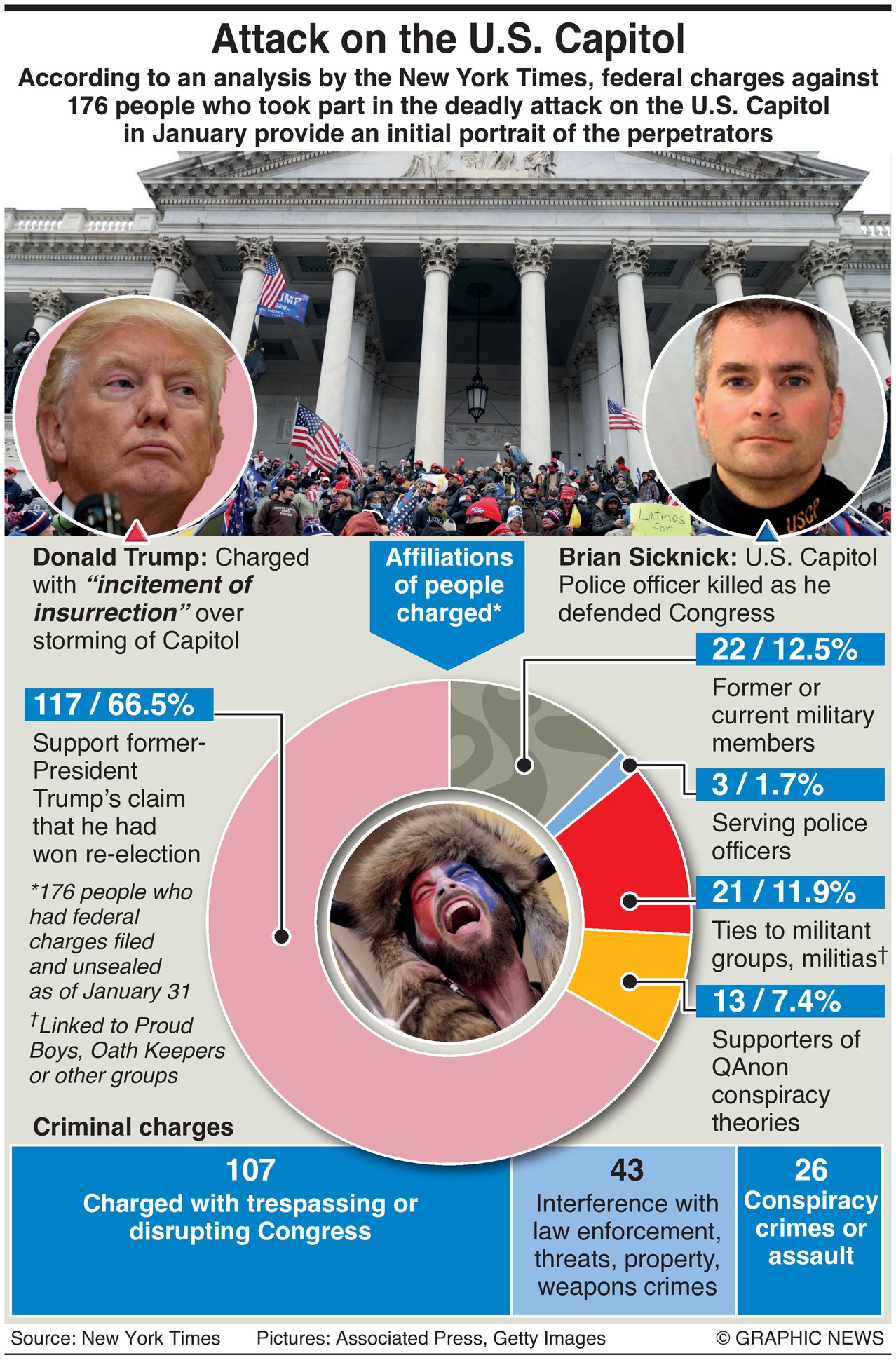 According to an analysis by the New York Times, federal charges against 176 people who took part in the deadly attack on the U.S. Capitol in January provide an initial portrait of the perpetrators, with one in eight being from the military.

The Times obtained U.S. Department of Justice court documents in federal cases related to the storming of the U.S. Capitol on January 6. Charges against 176 people — less than a quarter of those that took part — were filed and unsealed as of January 31. Since then federal prosecutors have revealed charges against about a half dozen more people.

Most worrying in the data are at least 22 perpetrators who are current or former military members. Also, at least three were state or local officials, and three were police officers.

Twenty-one people had ties to right-wing militant groups or militias, including the Proud Boys, a white nationalist, anti-Muslim organization, the Oath Keepers antigovernment militia or other militant groups. This cohort represents more than 11 per cent of those facing federal charges.

The majority of people arrested so far accept some belief in false news, with 117 people — two in three rioters — espousing the idea that the Democrats stole the election from former-President Trump. Many believed that Vice President Mike Pence could change the vote certification outcome on the day of the insurrection.

Supporters of conspiracy theories such as QAnon numbered at least 13. In December, a poll by NPR and Ipsos found that 17 per cent of Americans believed that the core conspiracy theory of QAnon — that a group of Satan-worshiping Democrat elites who run a child sex ring are trying to control U.S. politics and media — is real. QAnon claims that Trump is secretly fighting to bring them to justice.

One man is charged over threats to kill House Speaker Nancy Pelosi after federal agents said they found a Glock pistol, an Israeli Tavor X95 bullpup assault rifle and hundreds of ammunition rounds in his trailer. The Capitol riot left five people dead — including a Capitol Police officer Brian Sicknick, killed as he defended Congress.