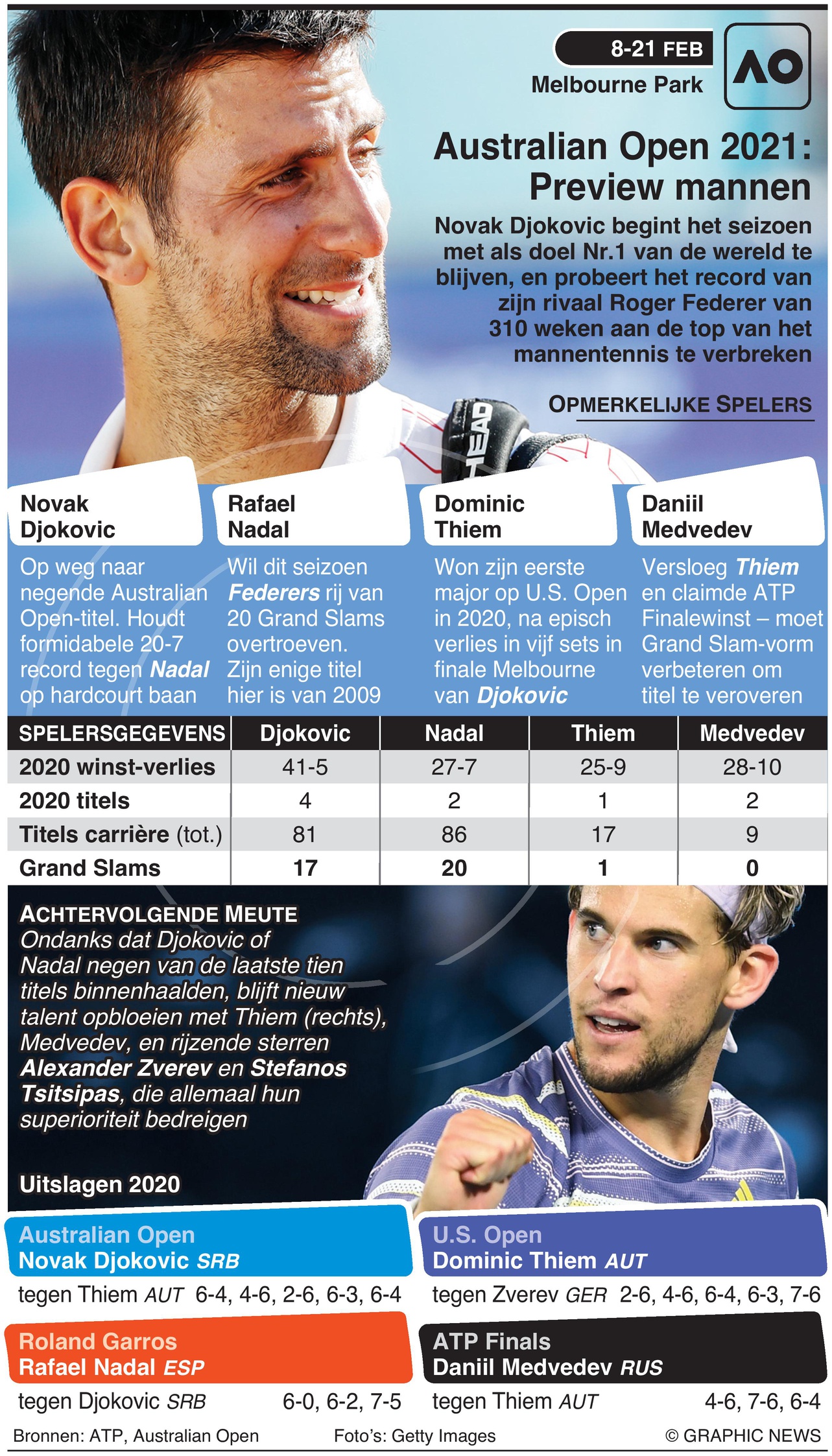 Novak Djokovic begins the season aiming to retain World No.1 ranking as he bids to surpass rival Roger Federer’s record of 310 weeks at the pinnacle of men’s tennis.

Rafael Nadal begins the season just one major victory shy of surpassing Federer’s total of 20 Grand Slam titles. However, the Spaniard struggles to excel in Melbourne, with his sole victory at the tournament coming in 2009.