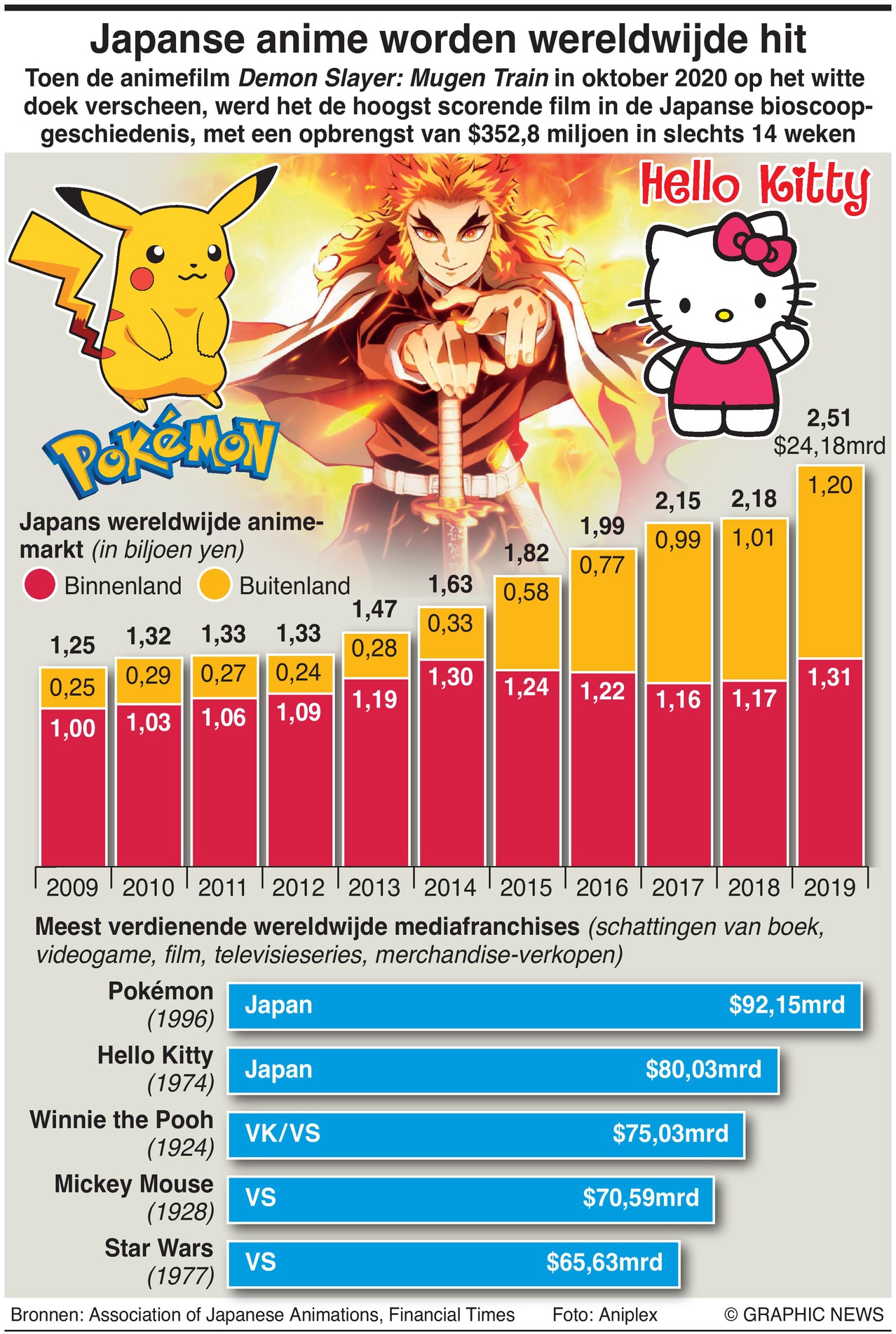 January 25, 2021 – When the anime fantasy Demon Slayer: Mugen Train hit the big screen in October 2020, it became the highest-grossing film in Japanese box office history, with sales of $352.8 million in just 14 weeks.

Japanese anime — animation, usually hand-drawn cartoons — is a wildly popular global export. According to one estimate, about 60 per cent of the world’s animated television shows originate in Japan.

Anime franchises Pokémon and Hello Kitty top the list of the world’s most valuable media franchises, with respective all-time sales of $92bn and $80bn, ahead of Winnie the Pooh, Mickey Mouse and Star Wars. The top 25 franchises include nine other Japanese names.

In 2019, global exports of anime topped $11.6bn compared to domestic sales of $12.6bn. According to the Association of Japanese Animations, overseas sales will generate more than half of anime revenues.