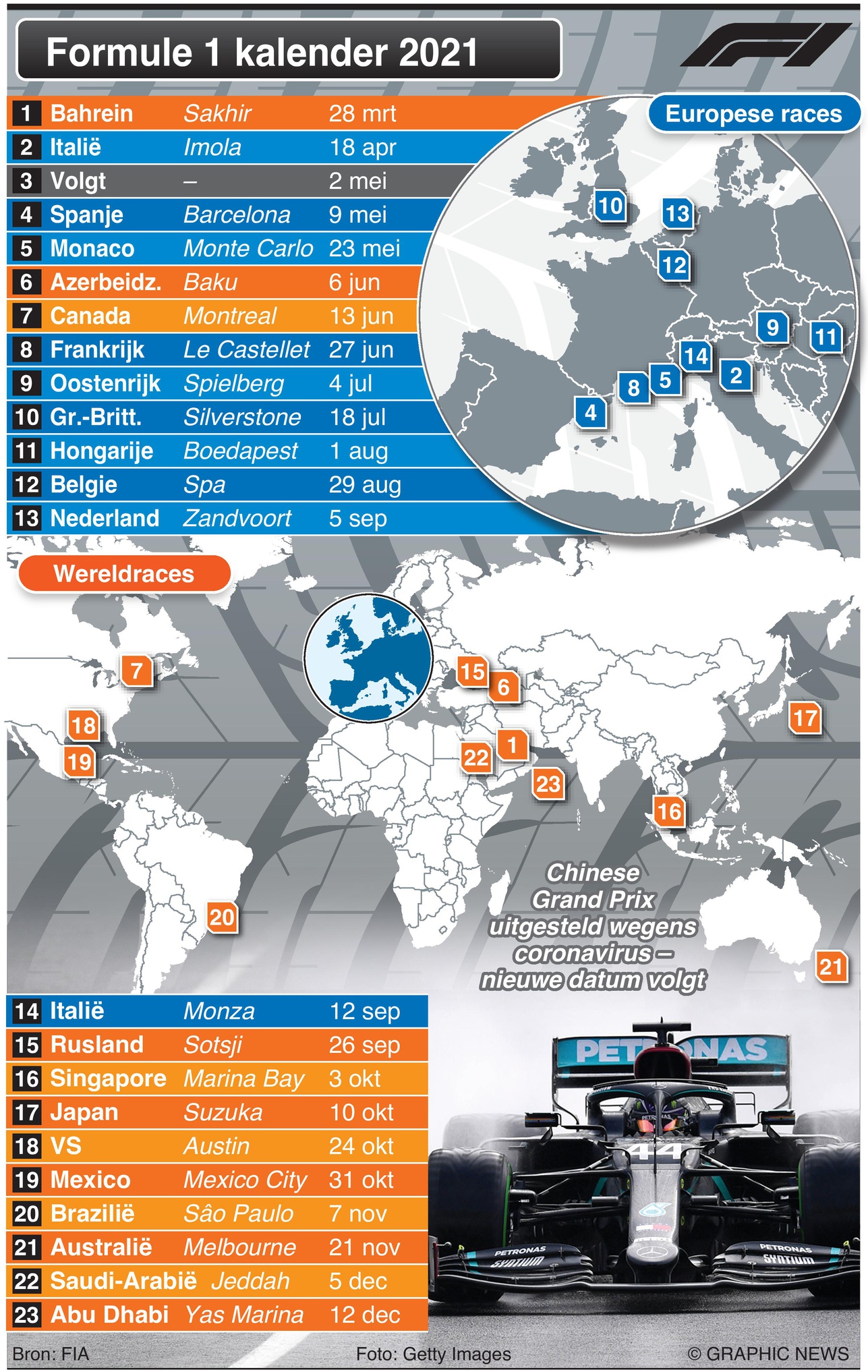 March 21, 2021 – December 5, 2021 – The 72nd Formula One World Championship, comprising 22 races around the world, commences with the Australian Grand Prix and concludes in Abu Dhabi in December.

The schedule retains a spare date on May 2 for a potential 23rd Grand Prix after the Vietnam race was omitted from the calendar following the arrest of a key race official on corruption charges. The case is not related to his involvement in the Grand Prix.