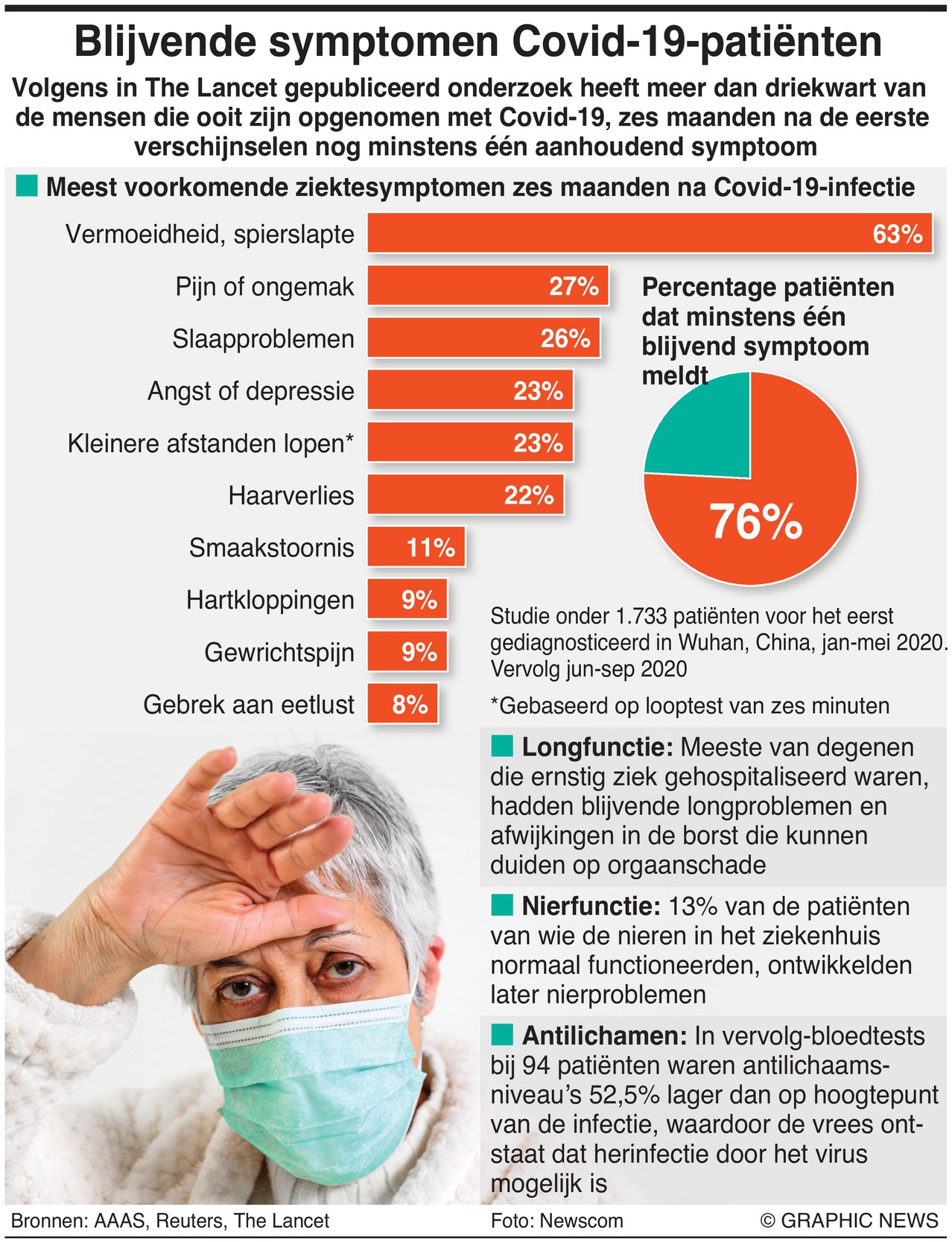 January 14, 2021 – More than three-quarters of people hospitalised with Covid-19 still had at least one ongoing symptom six months after initially becoming unwell, according to research published in The Lancet.

The study – the largest of its kind carried out to date – looked at the long-term effects of Covid-19 infection on patients at Jinyintan Hospital in Wuhan, the Chinese city at the centre of the virus outbreak.

A total of 1,733 patients, with a median age of 57, were examined for the study between January and May last year, with follow-up visits carried out from June to September.

Researchers found that 76 percent of patients still showed at least one ongoing symptom associated with the disease six months later. The most common long-term symptoms included fatigue or muscle weakness (63% of patients), sleep difficulties (26%) and anxiety or depression (23%).

Patients who had been severely ill in hospital were more likely to have long-term impaired lung function, according to the study.

The research also found that antibodies had fallen by more than half six months after initial infection in 94 patients, raising concerns about the possibility of being re-infected by the virus.