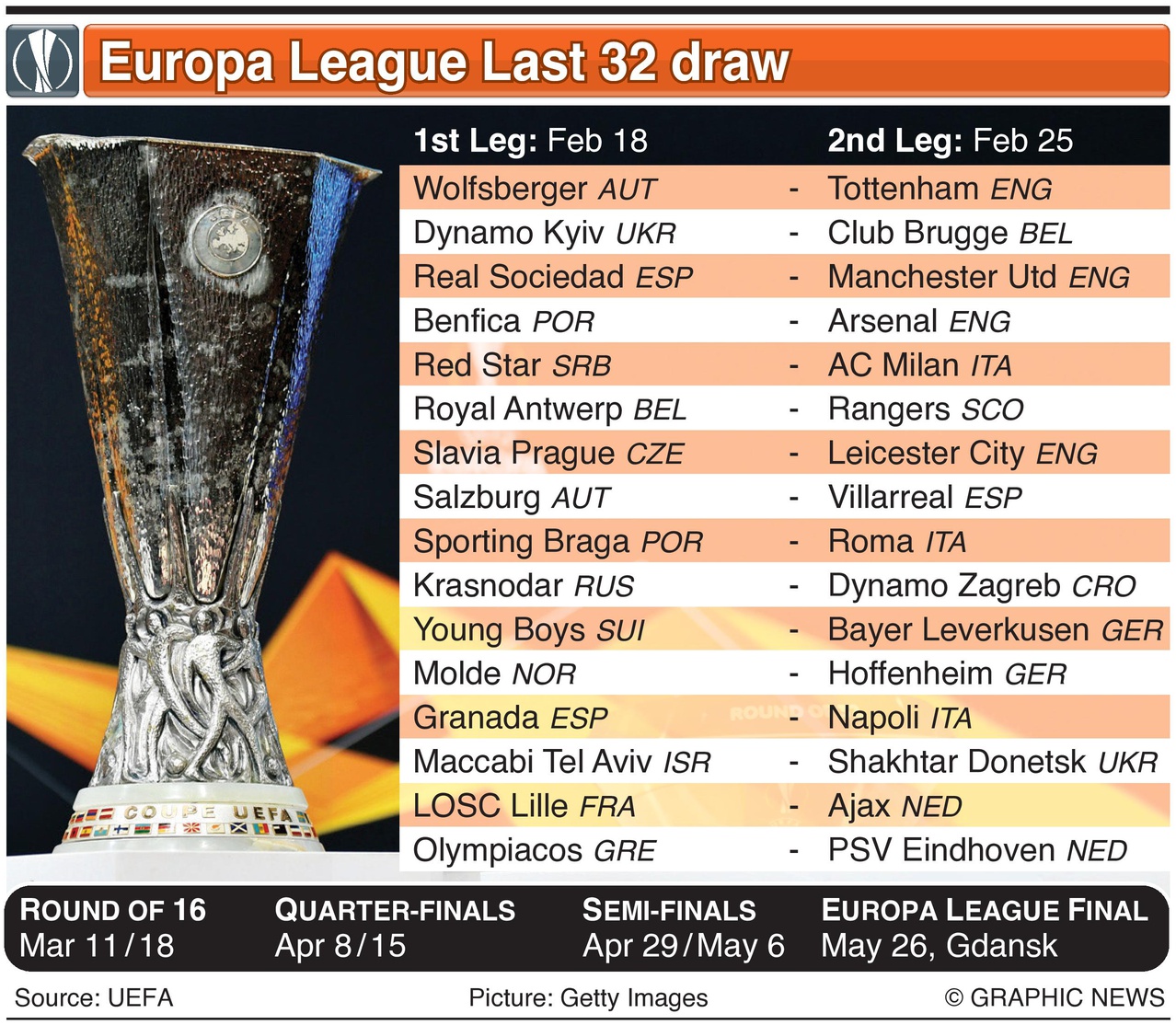 December 14, 2020 – The draw for the Last 32 in the UEFA Europa League features 2017 champions Manchester United — dropping into the tournament following a difficult UEFA Champions League campaign — against Real Socieded, and a heavyweight clash between Arsenal and Benfica. Other notable ties of the round include matches featuring Ajax, PSV Eindhoven and AC Milan facing LOSC Lille, Olympiacos and Red Star Belgrade respectively. The matches begin on February 18.