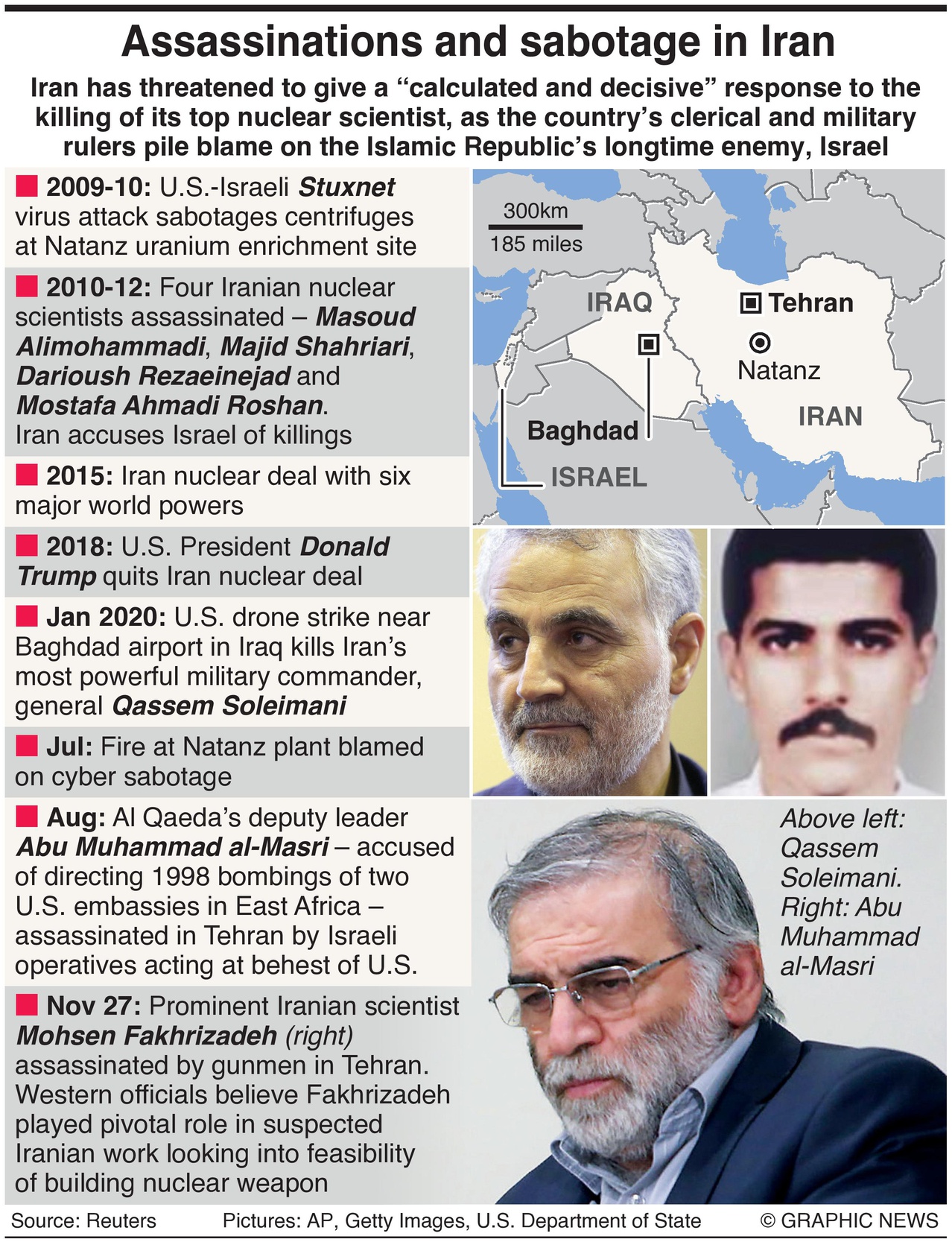 Iran to give a “calculated” response to nuclear scientist killing

November 30, 2020 – A top Iranian security official on Monday accused Israel of using “electronic devices” to remotely kill a scientist who founded the Islamic Republic’s military nuclear programme in the 2000s.

Ali Shamkhani, the secretary of the country’s Supreme National Security Council, made the comment at the funeral for Mohsen Fakhrizadeh, where Iran’s defence minister separately vowed to continue the man’s work “with more speed and more power.”

Israel, long suspected of killing Iranian nuclear scientists over the last decade, repeatedly has declined to comment on the attack.

Fakhrizadeh headed Iran’s so-called AMAD program, which Israel and the West have alleged was a military operation looking at the feasibility of building a nuclear weapon. The International Atomic Energy Agency says that “structured program” ended in 2003. U.S. intelligence agencies concurred with that assessment in a 2007 report.

Shamkhani’s remarks drastically change the story of Fakhrizadeh’s killing Friday. Authorities initially said a truck exploded and then gunmen opened fire on the scientist, killing him. State TV even interviewed a man the night of the attack who described seeing gunmen open fire.

Shamkhani also blamed the Iranian exile group Mujahedeen-e-Khalq as well for “having a role in this,” without elaborating. The MEK did not immediately respond to a request for comment, AP said.