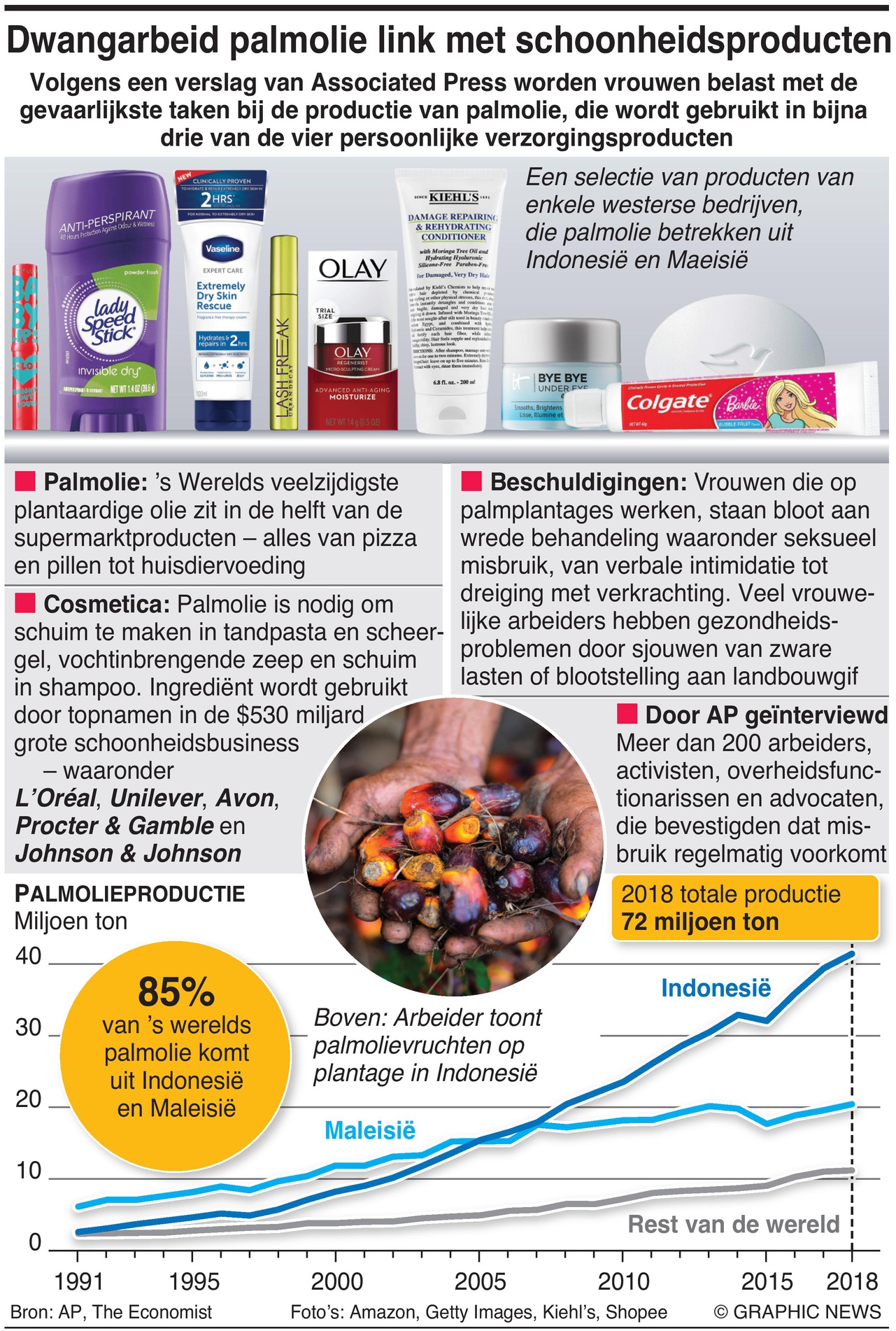 November 24, 2020 – Women are burdened with some of the most dangerous duties in the production of palm oil, which is contained in almost three out of every four personal care products, according to an Associated Press investigation.

Palm oil is found in everything from potato chips and pills to pet food, and also ends up in the supply chains of some of the biggest names in the $530 billion beauty business, including L’Oréal, Unilever, Procter & Gamble, Avon and Johnson & Johnson, helping women around the world feel pampered and beautiful.

The Associated Press conducted the investigation focusing on the brutal treatment of women in the production of palm oil, including the hidden scourge of sexual abuse, ranging from verbal harassment and threats to rape.

The investigation was part of a larger examination that exposed widespread abuses in the two countries, including human trafficking, child labour and outright slavery.

Women are burdened with some of the industry’s most difficult and dangerous jobs, spending hours waist-deep in water tainted by chemical runoff and carrying loads so heavy that, over time, their wombs can collapse and protrude. Many are hired by subcontractors on a day-to-day basis without benefits, performing the same jobs for the same companies for years – even decades. They often work without pay to help their husbands meet otherwise impossible daily quotas, the AP report said.

The Malaysian government said it had received no reports about rapes on plantations, but Indonesia acknowledged physical and sexual abuse appears to be a growing problem, with most victims afraid to speak out.

The AP contacted representatives affiliated with every cosmetic and personal goods maker mentioned in their story. Some didn’t comment, but most defended their use of palm oil and its derivatives, with many attempting to show how little they use compared to the roughly 80 million tonnes produced annually worldwide. Others said they were working with local nonprofits, pointed to pledges on their websites about commitments to sustainability and human rights, or noted efforts to be transparent about the processing mills in their supply chains.

But the AP found that labour abuses regularly occur industrywide, even from mills that source from plantations bearing the green palm stamp of the Roundtable on Sustainable Palm Oil (RSPO), an association that promotes “sustainable” palm oil products.