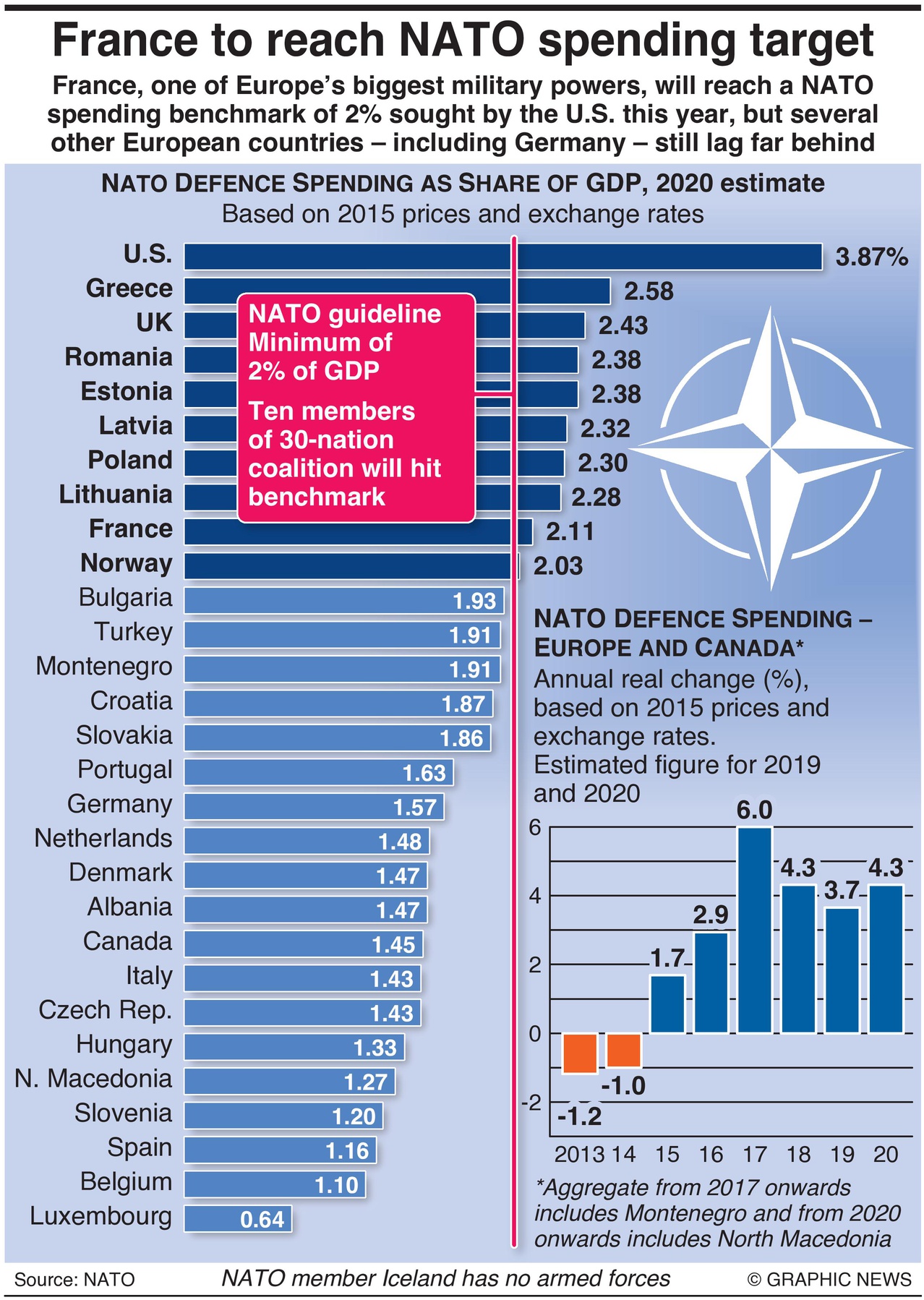 France, one of Europe’s biggest military powers, will reach a NATO spending benchmark of 2% sought by the U.S. this year, but several other European countries – including Germany – still lag far behind.

France is to spend 2.1% of its economic output on defence in 2020, NATO said in a report, attaining the goal set by NATO leaders at a 2014 summit after Russia’s annexation of Ukraine’s Crimea peninsula.

While France was joined by Norway for the first time in reaching 2%, despite the coronavirus crisis that has sapped economies, only 10 of the 30 allies will hit the target this year, including the U.S.

NATO Secretary-General Jens Stoltenberg said 2020 would be the sixth consecutive year of increased defence spending by European allies and Canada, up by 4.3% in real terms.

The report highlights the continued slow progress towards the spending NATO targets, even though many European countries have maintained or increased military investment plans despite the economic hit from the coronavirus pandemic.

The persistent gap between European military budgets and much higher U.S. spending has previously triggered stinging criticism from US president Donald Trump.

Germany’s defence spending was cited by Trump as a reason for issuing a directive to pull nearly 12,000 U.S. troops out of the country, although a plan to do so is still being developed by the Pentagon and it is unclear when a withdrawal would happen.