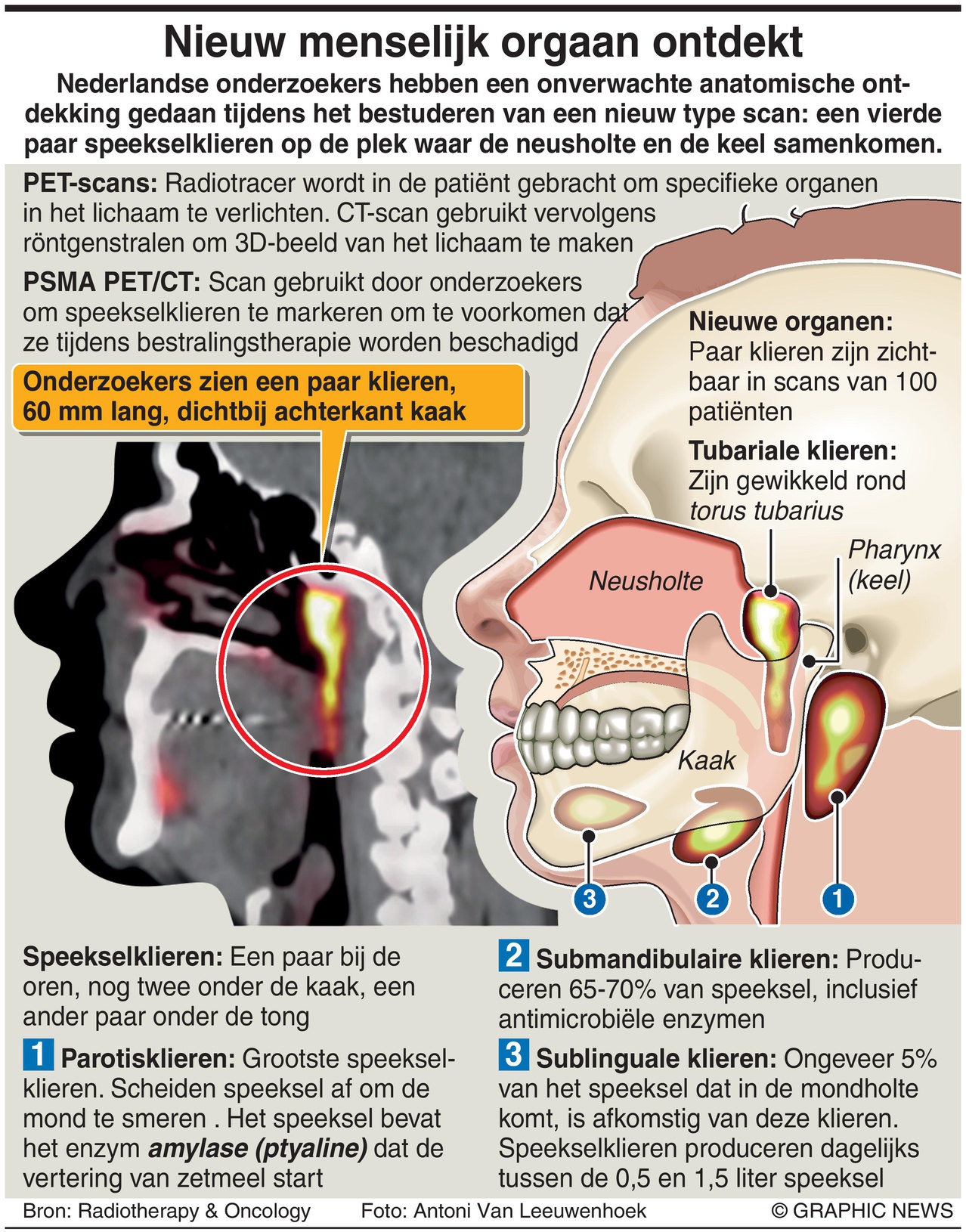 Researchers at the Netherlands Cancer Institute have made an unexpected anatomical discovery while studying a new type of scan — the fourth pair of salivary glands located where the nasal cavity meets the throat.

The previously unidentified organs are potentially great news for patients with head or neck tumours. Radiation oncologists will now be able to steer clear of this area to avoid potential complications.

Since the 17th-century, anatomy books have shown just three major types of salivary glands: one set near the ears, another below the jaw and another under the tongue. “Now, we think there is a fourth,” said Dr Matthijs Valstar, a maxillofacial surgeon and researcher at the Netherlands Cancer Institute and an author on the study, published in the journal Radiotherapy & Oncology.

Valstar and radiation oncologist, Dr Wouter Vogel, were looking at prostate cancer patients with a novel kind of scan called PSMA PET/CT. The scans highlighted salivary glands through the use of a marker to avoid damaging them when administering radiation therapy.

While analysing scans from 100 patients, the researchers noticed two unfamiliar structures — a pair of glands, 60mm in length, draped over the torus tubarous, at the connection of the ears to the throat.

The salivary glands produce between 0.5 and 1.5 litres of saliva every day. It lubricates the mouth, making it easier to speak and swallow. Saliva also contains the enzyme amylase (ptyalin) which starts breaking down starch in food.

“The two new areas that lit up turned out to have other characteristics of salivary glands,” Valstar said. Studies of two corpses at the Amsterdam UMC confirmed this function.

“We call them tubarial glands, referring to their anatomical location,” Valstar said.