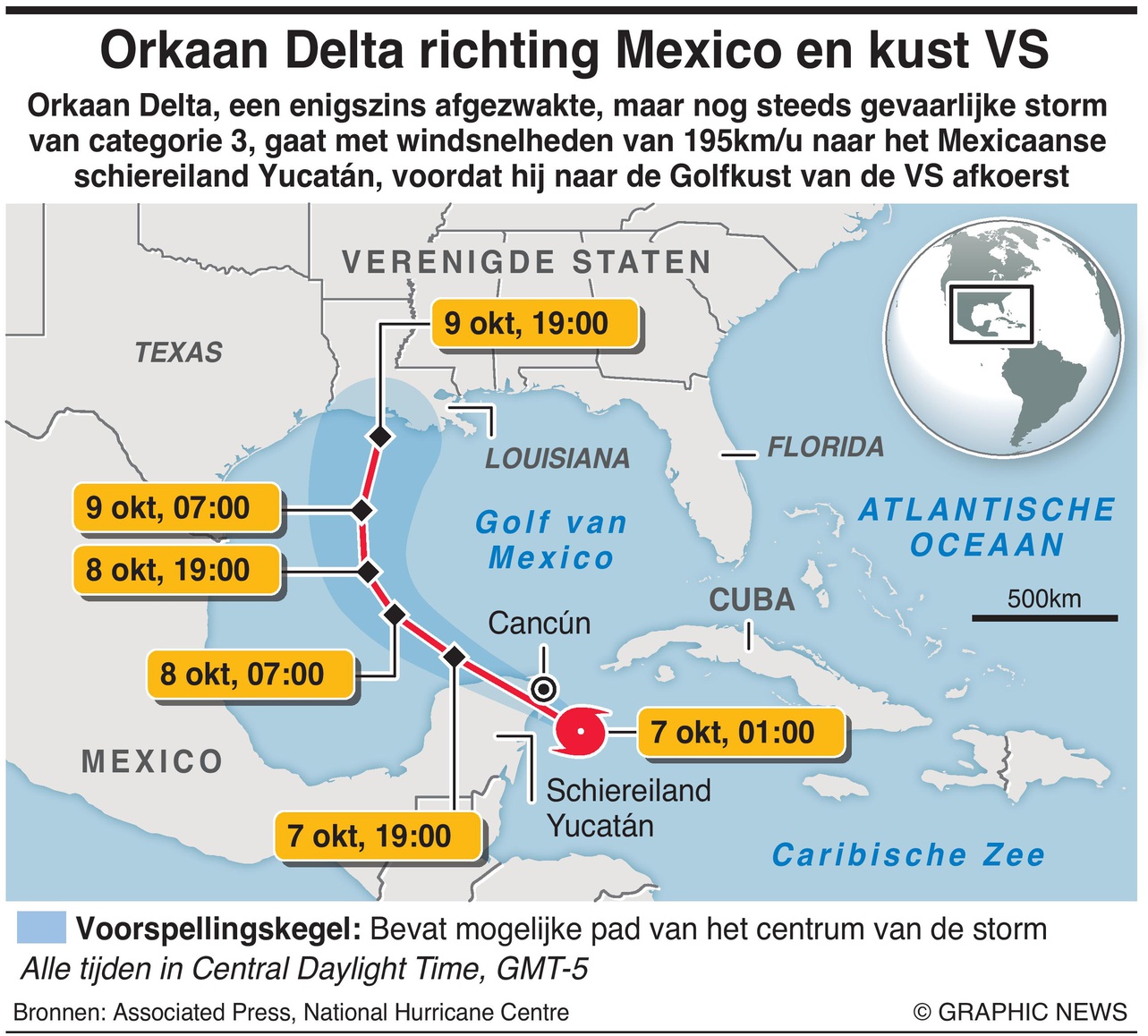 Mexico’s Yucatan Peninsula is bracing for the arrival of Hurricane Delta, possibly the strongest hurricane to strike the Caribbean resort and its famous shoreline.

Delta, the 25th named Atlantic storm this year, rapidly intensified into a major Category 4 hurricane on Tuesday before weakening slightly as it closed in on Yucatan.

But forecasters warned that Delta was still extremely dangerous, capable of bringing a life-threatening storm surge that could raise water levels by up to four metres (3 feet), along with large and dangerous waves and flash flooding inland.

Delta was forecast to spend several hours lashing the Yucatan Peninsula before moving into the Gulf of Mexico and re-strengthening before a strike on the U.S. Gulf Coast later in the week.