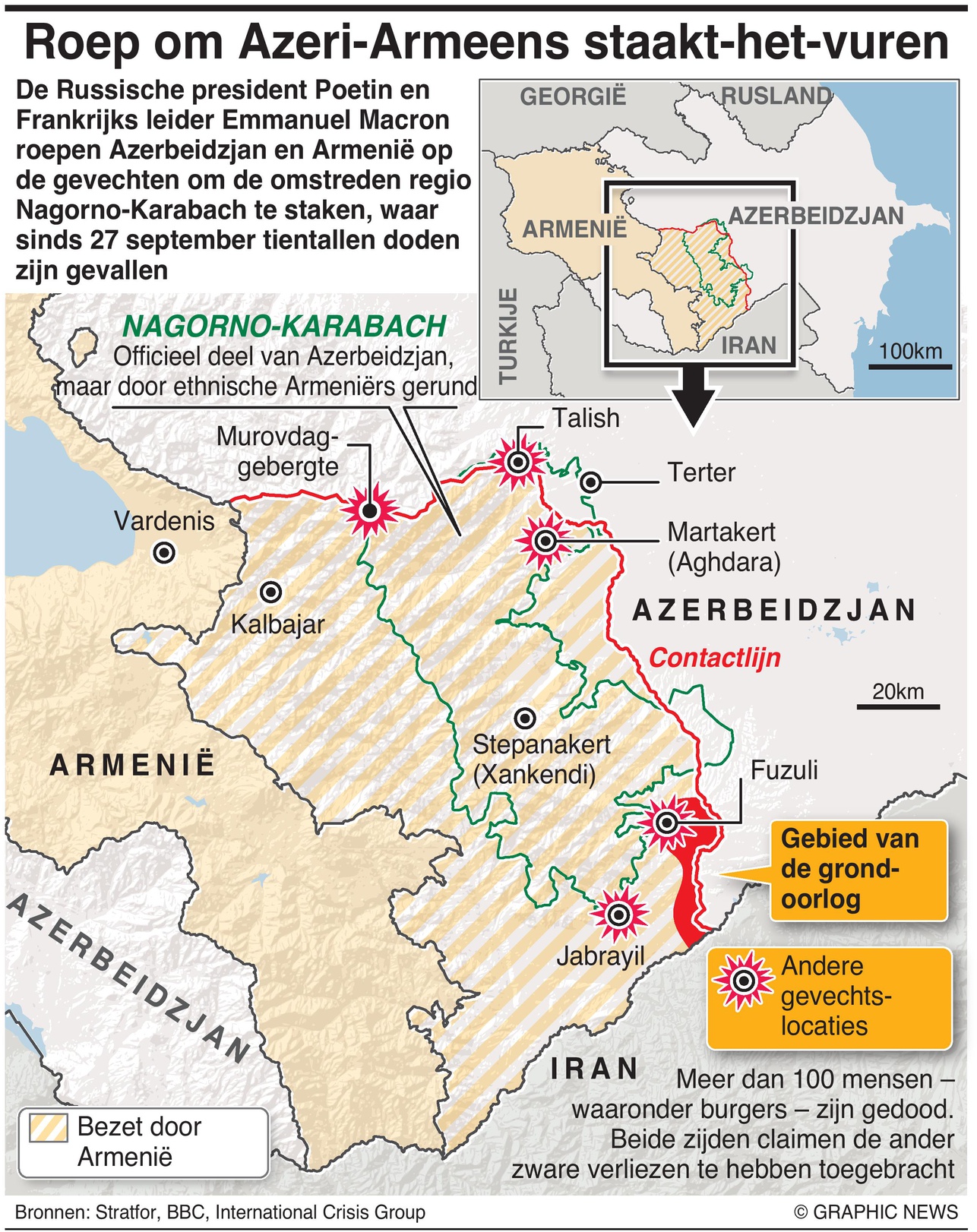 October 1, 2020 – Russian President Vladimir Putin and France’s leader, Emmanuel Macron, called for Azerbaijan and Armenia to halt fighting over the disputed Nagorno-Karabakh region where dozens have been killed since Sep 27.

More than 100 people have died since Sunday over the decades-long disputed region of Nagorno-Karabakh. It is the worst flare-up in years.

The president of Azerbaijan said Armenia’s withdrawal from Nagorno-Karabakh was the sole condition to end fighting over the separatist territory.

The conflict escalated on Tuesday, with Armenia claiming that a Turkish F-16 fighter jet shot down a SU-25 from its air force in Armenian airspace, killing the pilot.

Turkey, which has been vocal about siding with Azerbaijan in the dispute, denied those claims, and so did Azerbaijan.

The deepening conflict in the Caucasus region adds to tensions between Russia and Turkey over proxy conflicts in Syria and Libya. Russia has an army base in Armenia and the two nations have a mutual-defense pact, though it doesn’t cover the disputed territory. Azerbaijan, which has close historical and linguistic ties to Turkey, hosted large-scale joint exercises with the Turkish military last month.

After Macron and Putin held talks, the Kremlin issued a statement saying they had discussed future steps that the Minsk Group of the Organization for Security and Co-operation in Europe (OSCE) could take to help resolve the conflict.

The Minsk Group was set up in 1992 and is chaired by France, Russia and the U.S.