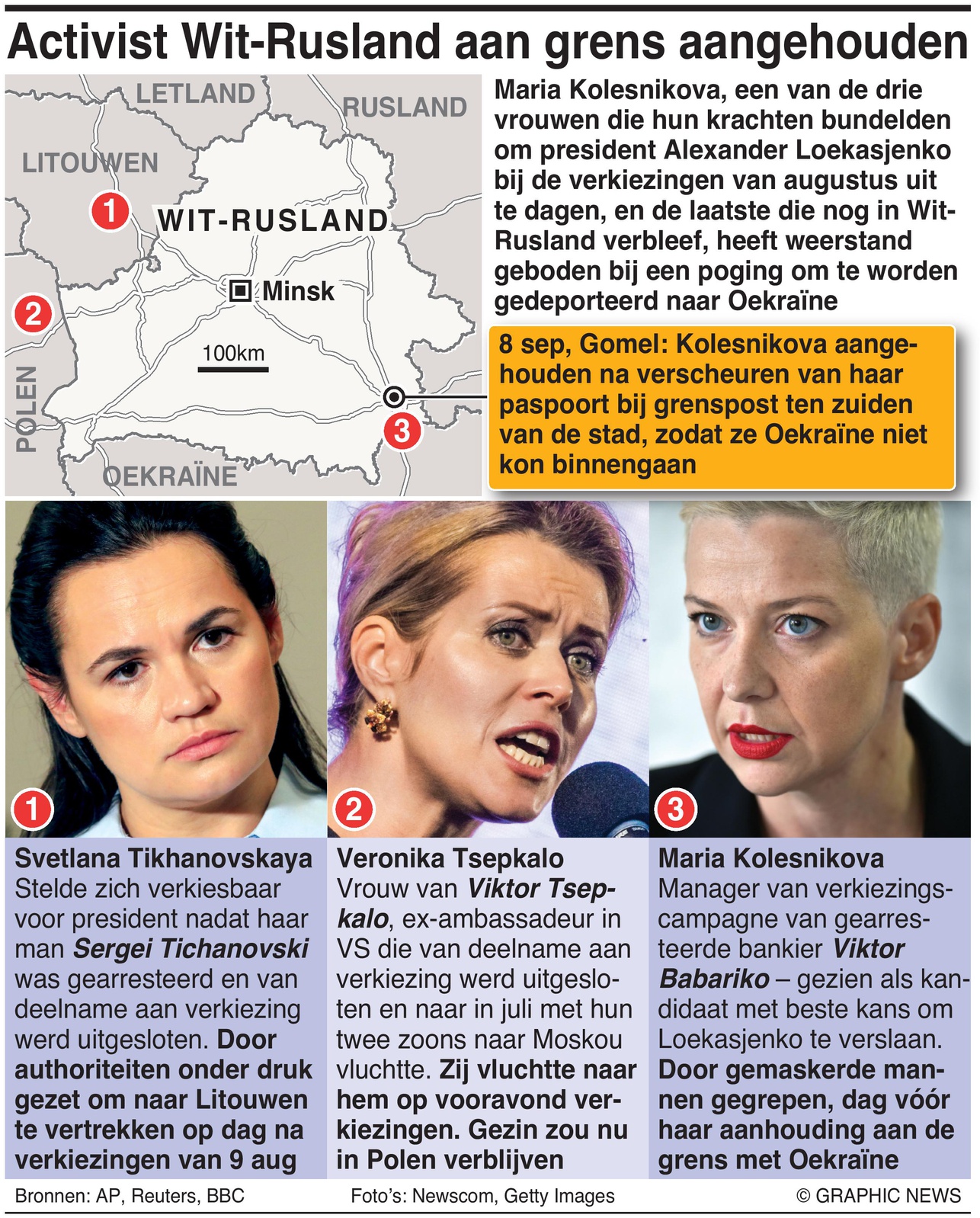 September 8, 2020 – Maria Kolesnikova, one of the three women who joined forces to challenge President Alexander Lukashenko in August’s election and the last to remain in Belarus, has resisted an attempt to be deported to Ukraine.

Kolesnikova is the last member still active inside Belarus of a trio of female activists behind a groundswell of opposition to Lukashenko. The other two, Svetlana Tikhanovskaya, Lukashenko’s main challenger in the disputed election, and Veronika Tsepkalo, the wife of a would-be candidate who fled before polling day, both left Belarus to avoid arrest soon after Lukashenko claimed re-election.

Kolesnikova was detained Monday in the capital, Minsk, along with two other council members.

Early Tuesday, they were driven to the Ukrainian border, where the authorities told them to cross into Ukraine. Kolesnikova refused, and remained on the Belarusian side of the border in the custody of the Belarusian authorities.

On Saturday, a top associate of Tsikhanouskaya, Olga Kovalkova, moved to Poland after the authorities threatened to keep her in jail for a long time if she refused to leave the country.

The abduction of Kolesnikova, the latest in a series of disappearances apparently engineered by Belarus’s security agencies, seems to reflect a shift in strategy from the initial frenzy of police violence against protesters to picking off opposition leaders one by one and sending them out of the country.