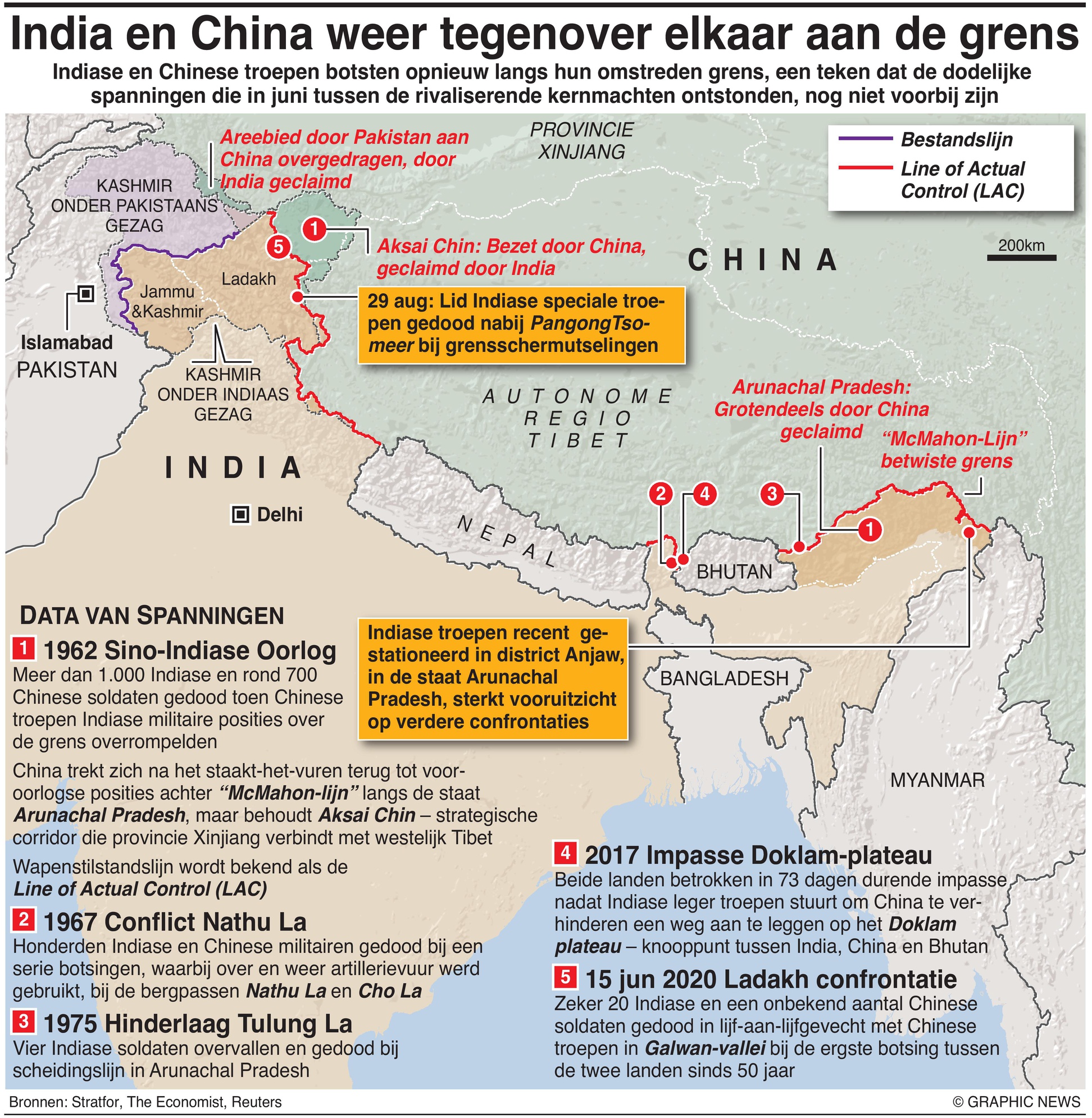 BY JORDI BOU
Indian and Chinese troops have clashed again along their disputed border, in a sign that the deadly tensions that erupted in June between the nuclear-armed rivals remain.

A soldier with India’s special forces was killed on Saturday, in the latest border showdown with Chinese troops on their contested Himalayan border.

The death is the first reported from two incidents in 48 hours on the border which has heightened tensions between the giant nations just two months after a battle that left at least 20 Indian soldiers dead.

On Monday, India said its soldiers had thwarted “provocative” movements by China’s military on Saturday night. In turn, China’s defense ministry accused Indian troops of crossing established lines of control and creating provocations along the disputed border on Monday.

India has moved troops to its eastern stretch of border with China since the June battle.

The movement of troops to the eastern district of Anjaw, in Arunachal Pradesh state, which China also claims, raises the prospect of a wider face-off.

The world’s two most populous nations and nuclear-armed neighbours have never even agreed on the length of their “Line of Actual Control” frontier, which straddles the strategically important Himalayan region.

Recent decades have seen numerous skirmishes along the border, including a brief but bloody war in 1962.